Here's some extra Pokemon GO news for you to devour.

More Pokemon from the Hoenn region will start appearing in Pokemon GO starting February 9, alongside several Flying- and Dragon-type and the Legendary Pokemon Rayquaza.

Starting February 9, Pokemon from the Hoenn region will take over wild encounters until February 13. These Pokemon include Salamence, Altaria, Metagross, among others.

The Legendary Pokemon Rayquaza will also start appearing in Raid Battles in Gyms near you until March 16.

This mean you still have plenty of time to battle the Legendary Water-type Pokemon Kyogre it disappears on February 14.

In addition, players "might see" different Pokemon in Raid Battles at their nearby Gym, and from hatched Eggs.

To help speed things along, starting February 9, new special boxes–which include Raid Passes, Incubators, and Star Pieces will be available through in-game store 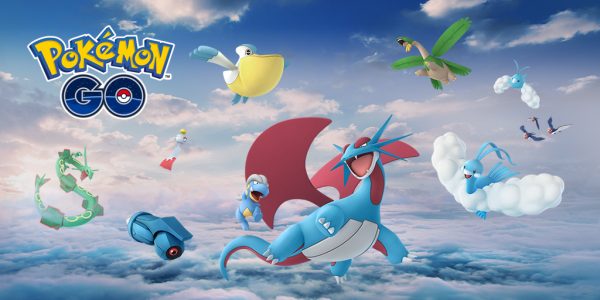 until February 23. Lure Modules will also remain activated for six hours until that date.