In The Last of Us, there was one surefire way to kill a clicker: craft a shiv, creep up, and stab it in the neck. There’s no need for one of those steps in The Last of Us: Part 2.

The Last of Us: Part 2 has scrapped shivs, allowing Ellie to score a stealth kill on clickers whenever she wants with her unbreakable switchblade. To offset this convenience, Naughty Dog has made it tougher to catch a clicker unaware.

“So for us, Ellie’s switchblade was just so signature to her character, so we actually were really challenged with how we could make stealth against Clickers challenging, while still allowing her to get stealth kills against them as if she had a shiv,” co-game director Anthony Newman tells me.

“So you’ll notice we really are emphasising how slow you need to move. Clickers are a lot faster than they were in the prior game, so messing up is way more deadly. So you really have to be practised at half-stick, which is a skill that’s kind of difficult to pick up.”

What Newman means here is that you have to move slowly, where before walking speed didn’t affect how audible you were, so long as you were crouched in stealth. Here you have to take slow and terrifying steps towards clickers, teasing the analogue stick, hoping they don’t erratically change direction and bumble into you before you sink the switchblade in. 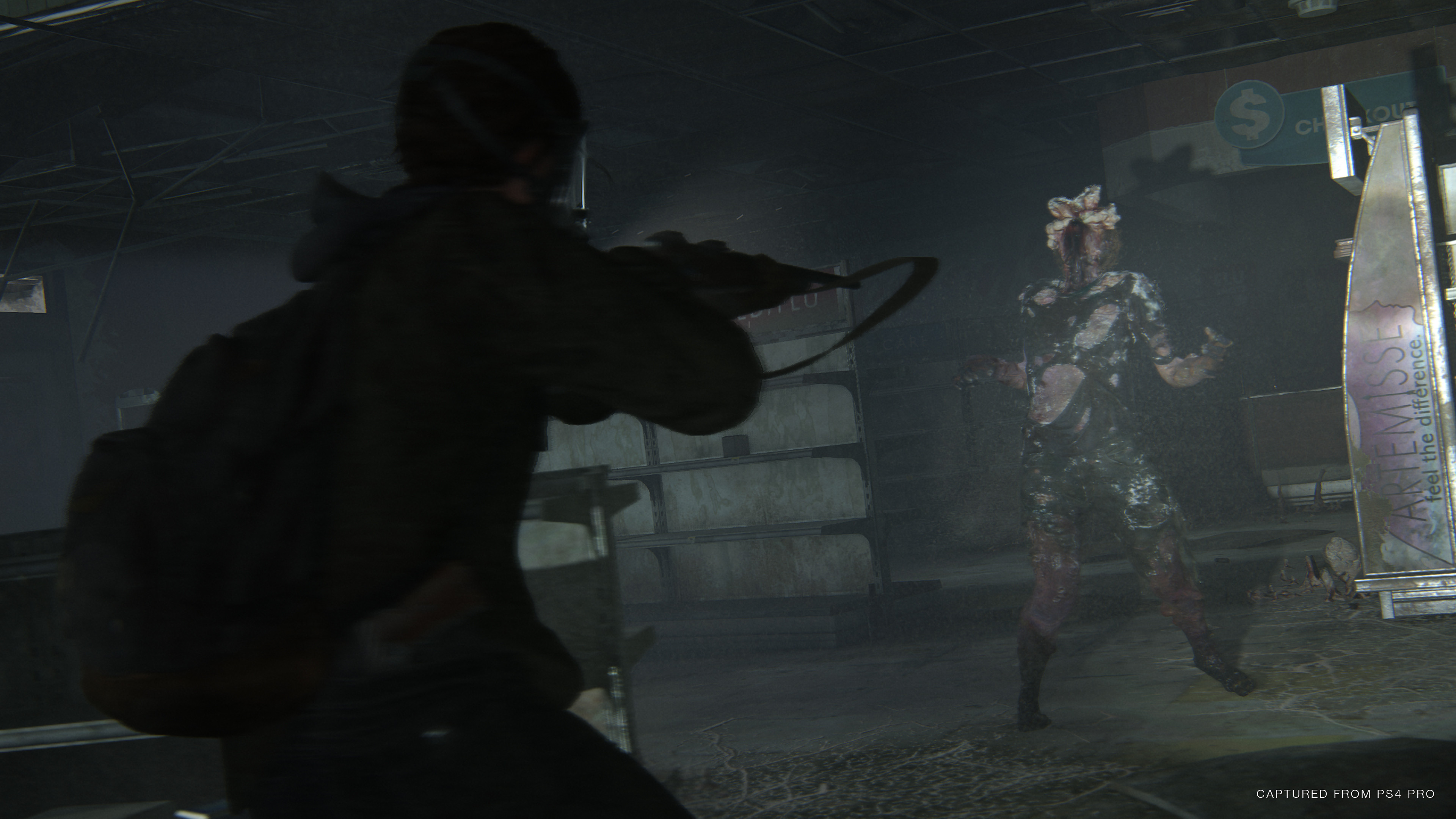 “I think one thing that’s pretty cool with Ellie’s switchblade is, for us, it’s really about her getting the opportunity, so all she needs is an enemy to drop their guard down,” Newman explains. “And that’s why we went kind of extra hard on the stun strike system. That was something that was present but not quite as emphasised in The Last of Us, but really, the most deadly way to play Ellie is to get those stun opportunities and then close in with the switchblade.

“There’s kind of a more subtle mechanic that we don’t explicitly teach, at least in the demo it doesn’t come up, it’s a more advanced mechanic. But any enemy in the game, if you shoot them below the knee, they will get knocked to a knee state. Similarly to how Joel was able to punch enemies down to a knee. You can shoot any enemy and they’ll drop to a knee, and that’ll count as a stun. And it’s kind of cool, where it’s like somewhere between the difficulty of a headshot and a body shot - it’s not an instant kill, but you have to follow up on it.

“One thing I’m really excited about is raising the skill ceiling of the game. So basically there’s a lot of stuff where, you may not even pick up on it in your first playthrough, but as you learn more and more about the game, the difference between someone who’s just playing the game for the first time, and someone who really knows how the systems work, we really tried to make that difference as big as possible, so that there’s always something new to experiment with.”