Hideo Kojima has told CNN his next project, Project Ogre, will be open-world, a switch-up from the linear path that Metal Gear Solid games have provided in the past.

"The kind of game I'm making is some game that has a very wide entrance, a very open entrance," he said.

CNN says in its report that Kojima is quoted as saying the title is "set in a very open world where players can wander around and explore freely. Players should still be able to find new sights and worthwhile adventures after having played the game for as many as 100 hours."

The picture showed a KP staffer in real-life against his digital counterpart that was created using the Fox Engine. The image is below.

Kojima recently re-unveiled Metal Gear Rising under the development of Platinum Games, while Kojima Productions will watch on in the background. 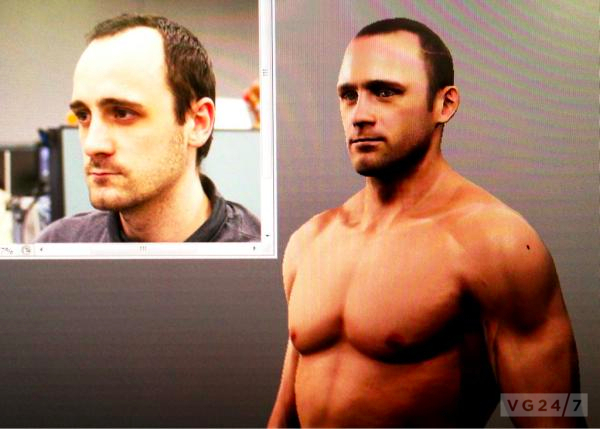