There’s a new mod for Kingdom Come: Deliverance on PC that makes every single aspect of the game more difficult.

For some people, playing games is about overcoming a challenge. While most are happy to just make it to the end of something like Dark Souls, there are some who force themselves to finish without even levelling up.

If you’re one of these people, you might want to give the new realism mod for Kingdom Come: Deliverance a crack.

In Kingdom Come, you start life as a lowly peasant and work your way towards being a renowned knight. Money is difficult to come by, multiple opponents can drop you in a matter of seconds, and every one-on-one fight is hard fought.

The realism mod makes all of that harder. You need higher strength to wield the bigger weapons, maces are ineffective against padded armour, money is more difficult to earn, and perfect blocks have only a tiny window in which they’re performable. 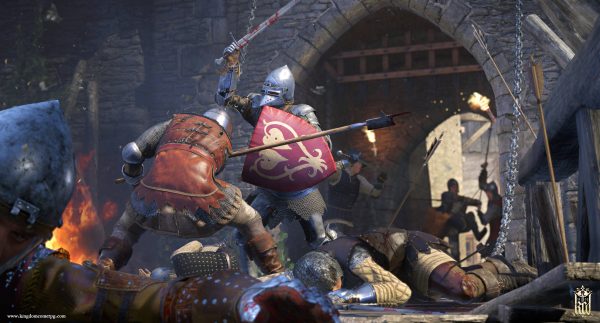 It sounds like hell to us, but you might be rubbing your knees in anticipation. If you are, check out the Ultimate Realism Overhaul mod on Nexus.

Since it touches on every system, it might be a bit much to install it all in one go. Luckily, it’s modular, so you can install the bits that are important to you. Grab the new hunger system and economy if you want to scrape your way through the world, or overhaul the combat aspects to make every fight near impossible.

If you don’t want to mess around with mods, don’t worry - there’s some free DLC that introduces a dog and a female protagonist to Kingdom Come: Deliverance coming at some point in the future.

If making the game harder sounds like hell, check out our list of Kingdom Come: Deliverance console commands to give yourself the edge on PC.