To impress the gang of thugs and continue his investigation, Henry must get into the monastery and kill Pious - but that’s easier said than done.

Like many of the quests in Kingdom Come Deliverance, this can be completed in multiple ways.

Here’s our guide to the Poverty, Chastity and Obedience quest with instructions on how to get rid of Karl’s guardian, get into the monastery and get the Monk trophy.

This quest is much easier if you have decent stats in stealth and pickpocketing. You can get training in these stats from Millers Peshek and Woyzeck introduced in The Good Thief side quest.

In this guide, we’ll air on the side of mercy and staying in Sir Radzig’s good graces - which is useful for the Merciful trophy that you get for not killing anyone in the main story. 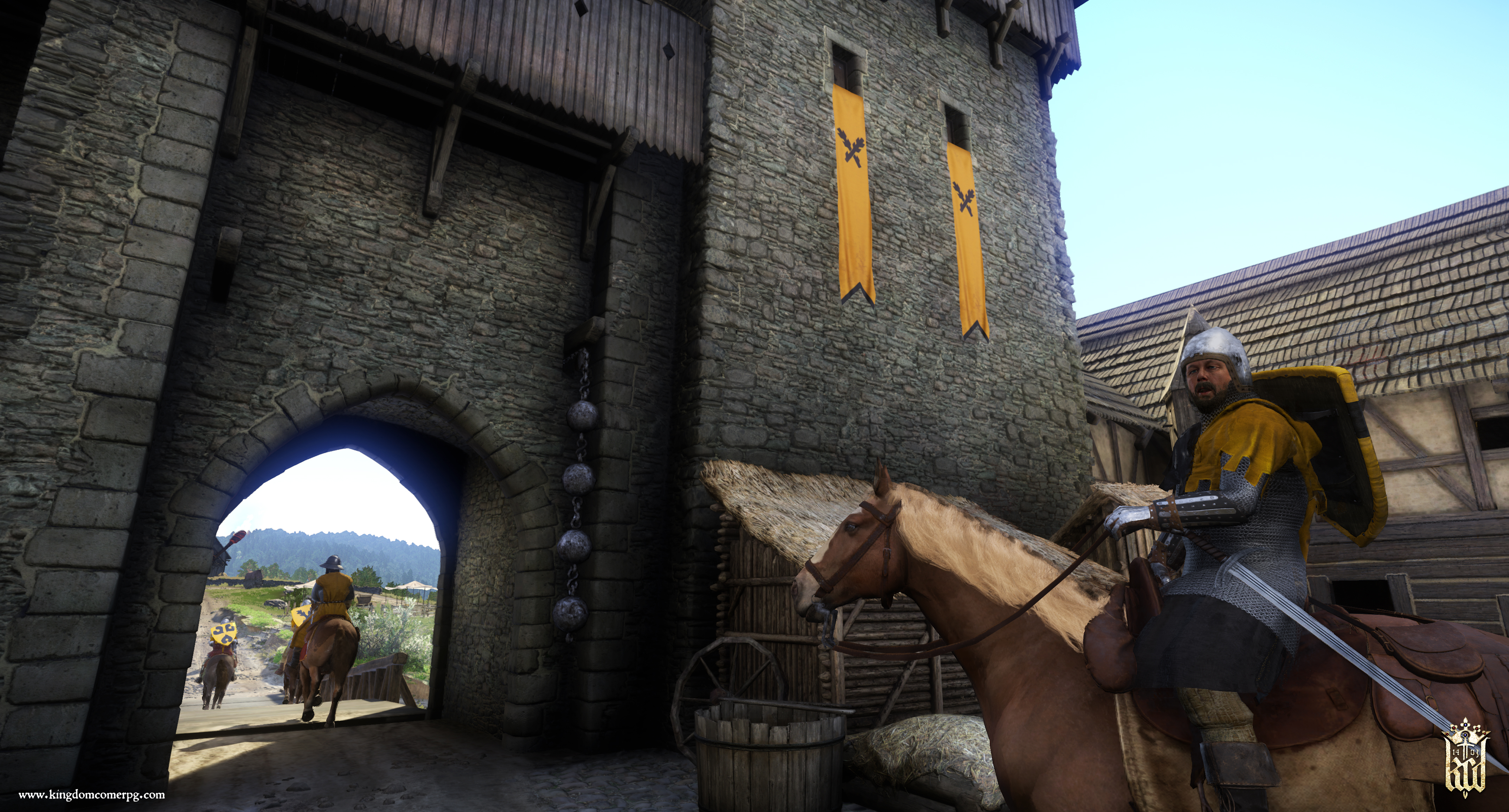 Following the fist fighting competition (or however you finished it) at the end of If you can’t beat ‘em, you’ll regain control of Henry in the Sasau church with a new task: get into the monastery and kill Pious.

Your only lead is a young nobleman who’s being forced to enter the monastery, so ride back to Rattay and speak to Sir Radzig.

He tells you not to kill Pious, but rather bring him back to Rattay for questioning. He can’t help with getting into the monastery, so head back over to Sasau.

Finding Karl and getting rid of Guardian Manfred:

You can find Karl at the big inn between Sasau town and monastery. During the day, he and his guardian are sat inside the main building. At night, they’re sleeping in the left-most room upstairs.

Talk to Karl and invite him for a drink. He’ll mention that his guardian, Manfred, won’t let him out of his sight.

You have two options when you speak to Manfred, first is a level 10 speech check, which will lead to a game of dice.

Alternatively, there’s a level 11 charisma check. This is quicker and should be easy to beat. You get a good enough set of clothes from Lord Hans Capon between the Next to Godliness and Robber Baron side quests. There’s also a tailor and armourer in Sasau town that sells high charisma equipment. As well as a bathhouse where you can pay for a woman’s services and get a +2 stat boost.

When you’ve persuaded Guardian Manfred, he’ll go and stand outside, leaving you to speak to Karl.

Tell Karl that you need to get into the monastery and agree to help him escape. To do this, you’ll have to steal his writ of acceptance and a purse of money from Manfred.

Stealing the writ of acceptance and purse:

After your conversation Manfred will be conveniently stood outside facing away from you, so you can try a pickpocketing attempt here if you’re feeling brazen.

However, it’s much easier if you wait until nighttime and sneak into their bedroom. Their room is upstairs on the outside of the main building - where you’d go if you were staying at the Inn - at the far end of the walkway.

Now you can crouch and attempt to pickpocket Manfred. Alternatively, you can knock him out and loot the writ and purse from his body. This method is a little trickier since it’s quite likely that Karl will wake up and run for a guard - pretty stupid considering he’s in on the plan.

To prevent being charged with a crime, get out of the room as quickly as you can after you’ve knocked Manfred out. Then if Karl comes running out, you can hide and return to Manfred’s body when he’s gone.

If the writ isn’t on Manfred’s body, then it’ll be in the “easy” locked chest between their beds. You can get help with lockpicking in our Kingdom Come Deliverance lockpicking guide.

Getting into the Monastery:

Once you’ve got the items, speak to Karl in the morning and give him the purse.

Before you leave, pay to rent a room, then go upstairs and put all of your items in the shared chest. This is very important and is to prevent them from going missing in the next quest.

Now head over to the monastery and speak to the monk marked on your map.

After some convincing, he’ll tell you to put all of your items in the chest by the gatehouse. Remember where this chest is! There’s a bug/feature here that takes all of your quest items away - so if you’ve got anything unique you need for quests later down the line, you’ll have to come back here and get them.

When you’ve deposited your items, you’ll complete the quest, trigger a long cutscene and get the Monk trophy.