Killzone: Shadow Fall pre-order goodies have been announced by Sony.

Those who pre-order the PS4 game from participating retailers will receive the Shadow Pack which comes with the following extras:

More information is through the PS Blog. 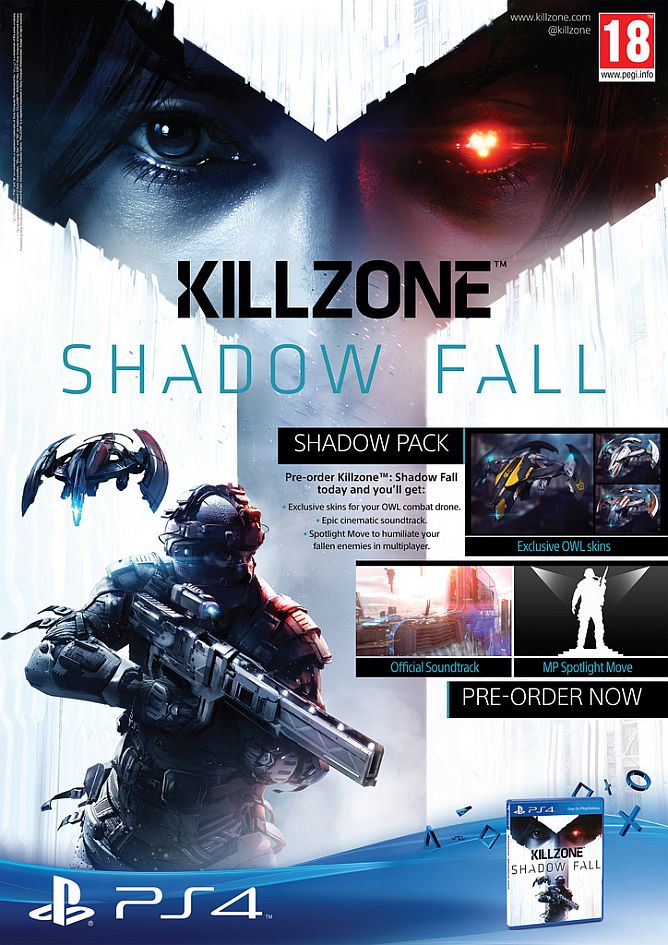