Killzone: Shadow Fall is Sony's leading launch title. VG247's Dave Cook spoke with developer Guerrilla Games to get a handle on how it looks to exceed expectation, and showcase PS4's power to the world. 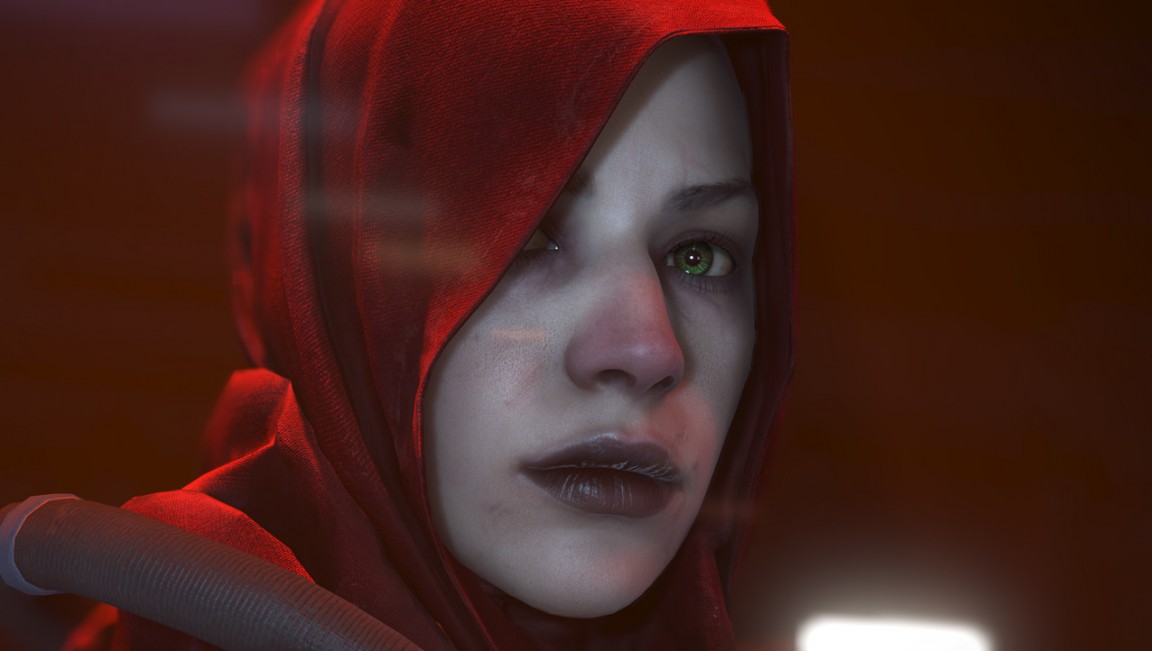 Developed by Guerrilla Games, Killzone: Shadow Fall is the fourth home console entry to the series.

The game is a PS4 launch title dropping November 15 in North America, and November 29 across Europe.

We're rapidly approaching one of the strangest and most scrutinised launch seasons in gaming history. To many, the wait for PS4 and Xbox One has felt longer than past cycles and it's clear to see that excitement among fans is at boiling point.

But for Killzone: Shadow Fall developer Guerrilla Games, the release of its shooter represents more than the start of a new generation. It's a statement of intent for parent company Sony, a technical showcase that can - nay, must - convince players out there that the console still bears technical clout over rapidly advancing PC tech. It may also help decide which format you stick with for the next seven years.

There will always exist an appetite for console gaming but even at a distance we've seen many PS3 and Xbox 360 gamers turn to the PC market in search of cheaper games, broader innovation and the flexibility to upgrade their rig as they please. If any cycle represented a chance to cash those cheques and make good on the hype, then this is surely it. We're almost there, and it's genuinely thrilling.

I recently met with Guerrilla Games lead designer Eric Boltjes to discuss how the studio helped Sony thrash out the final PS4 tech, and how it felt to be a part of next-gen's initial charge. Love or hate the Killzone franchise; there's no denying that Shadow Fall is a remarkable technical achievement. For a day-one title, that's impressive.

"The reason for that is that Killzone is all about the graphics and gameplay, obviously [laughs]. But being able to do that on a new platform was just an amazing chance, I mean, we really wanted to get in there and we wanted to get in early."

To prepare Killzone: Shadow Fall as a launch title, Guerrilla had to be exposed to Sony's new strategy and tech early on. We've heard a lot of talk about the PS4's PC-like architecture and vast improvements over PS3, but I wanted to hear it straight from someone who has been steeped in that world for the past couple of years. Was it as simple as armchair pundits keep assuming?

Boltjes continued, "The really scary part is, all the tools and all the stuff we developed previously had to go out of the window. We had to re-do everything. We had the engine that we were rebuilding to fit next-gen - you know, the new architecture all that sort of stuff - all the assets had to be re-done, weapons had to be re-done and the animation systems had to be rebuilt. It was a lot like leaving your save data for something new and scary." 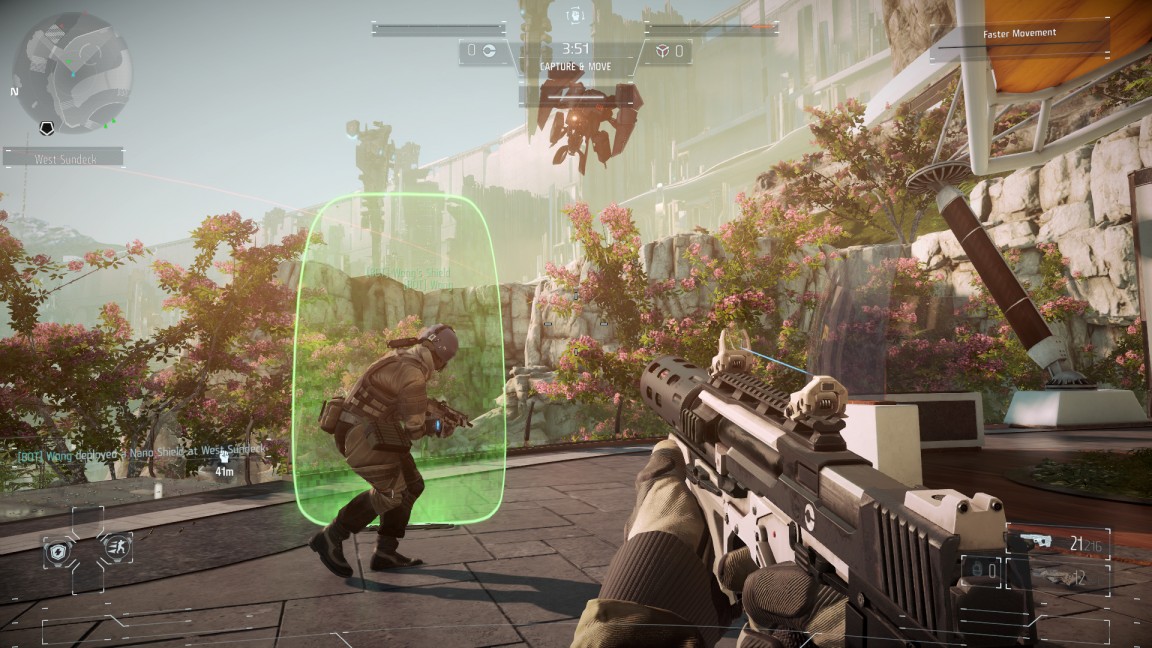 This was always going to be an issue going into next-gen. I wrote about it in this blog after Battlefield 4 was revealed. The game looked incredible but I felt troubled at large, because it's all well and good for developers of next-gen games to tart up their experiences with technical gloss, but unless teams are using that clout to come up with new, disruptive means of play, then that feels - to me - like wasted potential.

I don't envy any studio making next-gen titles now, because this truly is a crunch time. With so much power, where do you turn to for inspiration? Simply updating visuals isn't enough any more for a lot of gamers, and it's a trap that I fear a lot of teams will surely fall into in the year ahead. Let's face it, budgets are going out of control now, which means publishers will want to take less risks. The reality could be that we're staring down a long line of pretty, yet ultimately bland experiences.

Yet I don't feel that way when I look at Killzone: Shadow Fall. As Pat wrote in his multiplayer blog, Guerrilla's competitive Warzone format sounds refreshing and fun. It's a break away from standard playlists and the first time I've seen a console shooter give this much freedom to its online players. It's new and uses a lot of the console's power. Returning to our tech conversation, I asked Boltjes to discuss What Guerrilla requested of PS4 Architect Mark Cerny, during his infamous tour of Sony's first-party studios.

"One of the things we wanted to improve upon was the controllers," Boltjes replied. "I personally feel that in previous Killzones, the DualShock was always good, but when you looked at other controllers they had an edge. We really worked together with Mark from Sony on improving the controller. For example, the triggers. We wanted better triggers. They previously reverted inwards where, in a shooter game, that's not very good. Your fingers slip off. 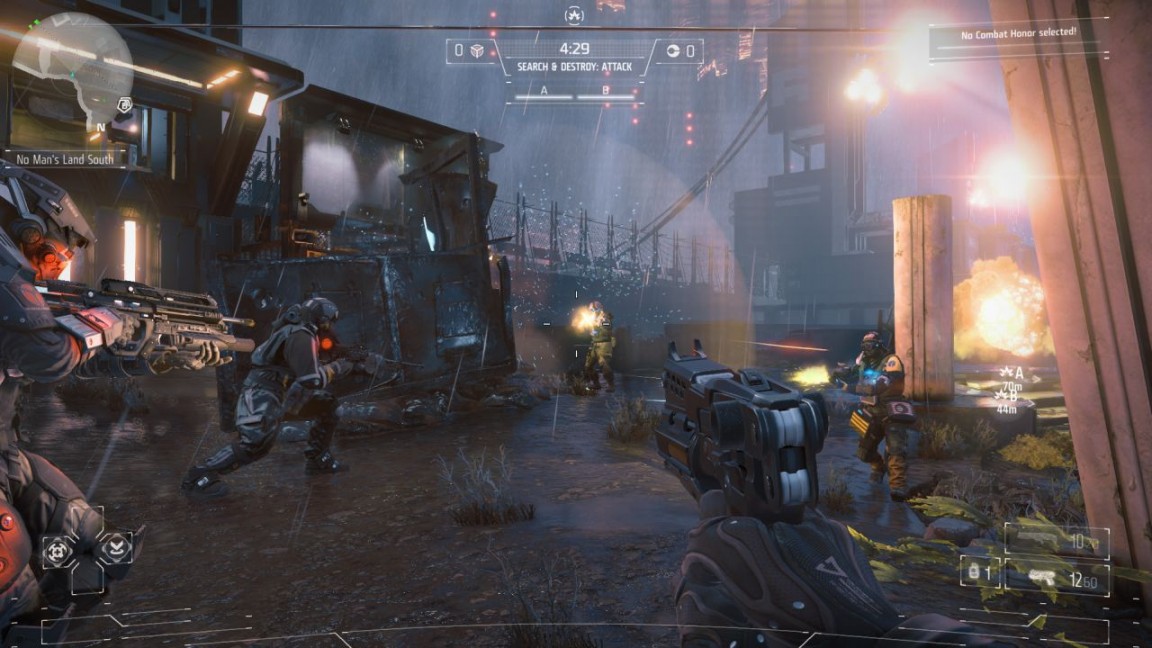 "We really pushed them to make better triggers that go up. Also stuff like the touch-pad. When I first saw it on the prototype controller I was like, 'What the hell am I supposed to do with that? It's not an iPhone game.' But I'm really surprised as to how well that little thing works. I'm not promoting it, I don't have to sell that controller, but I'm really happy with how it works in our game. Everything else works now, from response time, the dead-zones, everything is better. The lag is gone, and that makes Killzone a better game."

The DualShock 4 is indeed a marked improvement over the PS3 controller, and Boltjes even added, "When developing PS4 and our game as well, we held a lot of prototypes, and we played around with them as well. In one, they had replaced all of the buttons were touch-sensitive. We just said, 'No'." This dialogue between format holder and studio shows that Sony has listened to its first-party stock when developing every key facet of PlayStation 4. With that kind of backing and communication, it's little wonder that Guerrilla has managed to craft a game that oozes technical wizardry.

We're yet to play the full campaign however, and that will be the true test of whether or not that additional power has been used to add depth and innovation beyond what you see on the surface. Many gamers out there won't care, and will view Killzone: Shadow Fall as a visual benchmark of what's to come, but others will look deeper, at where that power is being used and how it is driving new ideas in our industry.

For now though, I'm excited to get my hands on final Shadow Fall code, and to see those juicy visuals and - hopefully - new ideas with my own eyes. Based on my chat with Boltjes, I'm expecting one or two technically-led surprises along the way.

Killzone: Shadow Fall launches on PS4 across North America on November 12, and across Europe November 29. Will you be picking it up?