Killzone Mercenary has featured on the cover of Polish game magazine PSX Extreme, along with some debut game art - see it here. Keen gamers have now translated the article and have stripped it for news. 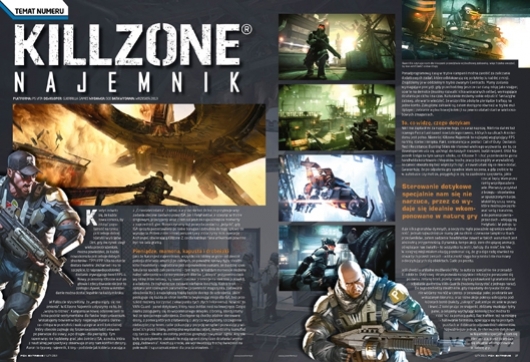 Gamers over on NeoGAF have mined the above feature and have unearthed a few nuggets of information.

First, is that the game is said to run on an engine that is almost identical to that of Killzone 3, developer Guerilla Game's last outing for the franchise. New 'gimmicks' have been added to get the most out of the PS Vita's touch controls, hence the slight engine shift.

Finally, they state that the game is essentially portable Killzone 3, looks better than Uncharted: The Golden Abyss and runs stably even with a lot of combat kicking off in the games wide areas.

Bear in mind the folly of translations however, and don't treat these as iron clad facts until we get confirmation from Sony. Meanwhile, speculate away below.