Well, not without some serious help...

With the litany of video game Kickstarters popping up every day, it was only a matter of time before one fell through the cracks.

Garry Gaber, known for this work at LucasArts on Star Wars: Galactic Battlegrounds, had high hopes of bringing back the space combat genre in the same vein as Freespace and Wing Commaner.  However, with just three days left to go, Starlight Inception is only a little more than halfway to its $150,000 Kickstarter goal. 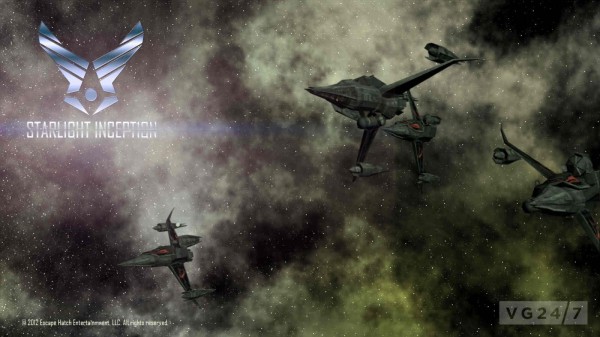 Some might say the game is overly ambitious, and some were put off by the confusing DLC plan laid out, but I believe most people probably just haven't heard about the game.

So, if a high flying space combat game developed by a former Jedi for the PC and PSVita sounds like something that interests you, head on over to the Starlight Inception Kickstarter page and check it out.