The March 11 Tohoku earthquake and resulting tsunami has caused devastation to Japan's manufacturing and business. With the local games trade fighting disarray, we look at what happened, what is happening, and what comes next.

Looking at how the Japanese games industry has been affected by the earthquake seems a trivial task in the face of broader facts. Japan has been devastated by the events of early March. As Reuters reports, the earthquake and resulting tsunami caused major disruptions to transport and production, bringing manufacturing in general to a halt.

The sudden decrease in overall manufacturing output for March has a new record low for the nation. The Markit/JMMA Japan Manufacturing Purchasing Managers Index (PMI) fell to a seasonally adjusted 46.4 in March, the lowest since April 2009 and down from February's 52.9.

It's the steepest decline on record and a two-year low.

Even estimating the effects of the disaster has proven difficult, as normally reliable market research and reporting tools failed to illicit responses from companies caught up in damage assessment or repair - or worse.

Japan's economy is taking a major hit as production schedules are of necessity abandoned and supply chains re-established. Investors are dumping Japanese stock, and the government has had to bail out power companies to the tune of $24 billion. The financial fallout is likely to effect all Japanese industries, and disruptions to the games industry, both in terms of development and marketing, are only to be expected.

Even should no further damage occur - and given the state of affairs at the Fukushima nuclear power plant, this seems unlikely - the destruction of infrastructure and interruption of tight itineraries will likely cause further delays to games, or even the abandonment of current projects. 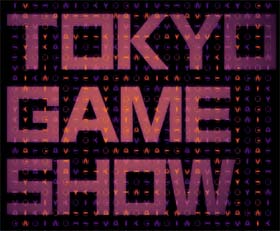 TGS is confirmed as going ahead this year, although CESA has admitted the event could be downsized thanks to the earthquake. The show takes place from September 15-18.

Organisers are determined that Tokyo Game Show, which takes place in September, will go ahead if at all possible. The event may be downsized, and it is expected that lingering radiation concerns will diminish international attendance.

Sensitivity has caused delays to some Japan-only releases featuring natural disasters, and an unconfirmed report has claimed production on current and back-catalogue Disaster Report titles has been shut down.

Namco has taken a more extreme route, ordering the destruction of One Piece Unlimited Cruise SP DVDs, as a game trailer included in the package featured earthquake- and tsunami-like special attacks.

And Motorstorm: Apocalypse was delayed by Sony in all territories thanks to its earthquake-based setting - the Evolution racer finally gets out in the UK today.

Given Japan's standing in gaming's history, a response from both gamers and the trade was inevitable.

While Japanese games firms have now pledged in the region of ¥1.5 billion in aid donations, gamers worldwide have already achieved some amazing fundraising results on Japan's behalf, with a number of charitable events still ongoing.

Newly-born charitable organisation Play for Japan has been instrumental in organising a number of industry-fostered auctions, with rare and valuable prizes offered by developers, publishers, media, and even private individuals.

This weekend's Fight For Relief tournament will showcase some of the world's best Marvel vs Capcom 3 and Street Fighter II players and will be broadcast live, for free - but all donations and proceeds will sop straight into Global Giving's Japanese relief coffers.

Western games firms have also been highly active in terms of charity. Hi Rez is also donating Global Agenda sales proceeds to the Red Cross, while Sony Online Entertainment launched a number of initiatives, allowing players of Everquest, Free Realms, Star Wars: Galaxies and others a chance to donate via micro-transaction by purchasing special in-game items.

Elsewhere, Grasshopper Manufacture has been quick to respond to the crisis, releasing free music tracks to honour those lost, holding a gala charity event, and releasing the iPhone game Frog Minutes with all proceeds going to the Red Cross.

Valve's Team Fortress 2 hat sale has so far raised over $300,000, while Zynga's fundraising activities saw a significant boost from Lady Gaga, who chose this avenue to donate $1.5 million.

While money pours in from games firms, though, getting a grip on how the Japanese trade will be affected by the country's current situation is difficult. There have already been cancellations and delays, but the long-term effects of the ongoing saga at Fukushima have yet to be felt, and we have yet to see how quickly Japan will be able to restore manufacturing and distribution channels.

Larger game projects slated for reveals at E3 and TGS this year, and triple-A Japanese games heading for launches in the next 12 months, could easily be affected by the social situation in Japan, but major cancellations and "never-never" slips seem unlikely at this point. Tokyo is still working, and will keep working barring some kind of nightmare nuclear scenario from the north.

We'll get a better idea of long-term affects at TGS in September. Until then, though, keep donating. Life's not all fun and games, you know.