Kicking off our Vita Week ahead of launch, Johnny Cullen speaks to Sony Bend's John Garvin on creating the first Uncharted game outside Naughty Dog, the collaboration process, and pushing Vita's hardware. 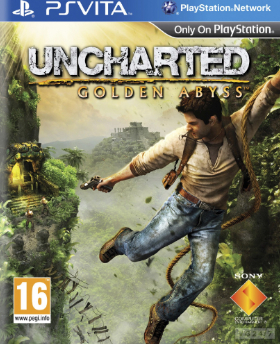 Made in collaboration with series guardians Naughty Dog.

Will be a launch title for PlayStation Vita in Europe and the US next week.

Naughty Dog's moving up in the world. Having celebrated its 25th anniversary last year, it's now established itself in the higher echelon of games development with the Uncharted series, and studio fans are highly anticipating the developer's next new IP: The Last of Us. Of course, being Sony's biggest IP, Uncharted needed to have a presence on Sony's new system, but Naughty Dog was too busy what with post-launch support of Uncharted 3 and the aforementioned development on The Last of Us.

Up stepped Sony Bend, the creators of Syphon Filter and an established studio in it's own right. Having previously brought well-known Sony IPs to PSP, such as Resistance: Retribution, the developer is now releasing Sony's biggest games property on PlayStation Vita as a US and European launch title on Wednesday.

But regardless of its status right now on other things, Uncharted is still Naughty Dog's baby, so the studio has kept a close eye on it from afar. Comms boss Arne Meyer told me at gamescom last year it gave Bend "a whole bible" of background information on the universe and characters of the series.

It's been a close relationship throughout its development. One which was not only "great", but needed for the development of Golden Abyss, according to Sony Bend game director John Garvin.

"They care a lot about the Uncharted series, and were willing to work hard to make sure we had everything we needed to make a true Uncharted game," Garvin tells VG247. "[Creative director] Amy Hennig not only gave me valuable feedback on the story, she helped cast the game, lent me her videographer, allowed us to view dailies at the ND theater room, loaned me her performance director when mine had to miss a shoot.

"They let us use their motion capture studio. They gave us all of their assets for Uncharted: Drake’s Fortune and Among Thieves. They gave us feedback on early prototypes and cinematic tests. It’s safe to say that without Naughty Dog’s help, there would be no Uncharted: Golden Abyss."

Golden Abyss is its own story which takes place prior to the Uncharted games created by Naughty Dog. In it, our intrepid hero Nathan Drake is searching for a lost city linked to the explorer Marcos de Niza. In the midst of adventuring, Drake's also caught in the middle of a fight that sees a triangle of sorts develop between him, companion Jason Dante and Marisa Chase. But even with the exploration and personal dynamics tossed in for added colour, there's a very deep meaning behind the subtitle "Golden Abyss," according to Garvin.

"One of the central questions late in the game center around what happened to the Quiviran people," he said. "This grew out of research into all of the vast civilizations in Central and South America that grew to immense power and then simply vanished. Some were conquered by the Spanish, some died out due to disease, but some, we’re not sure what happened.

"I took this idea and applied it to the fictional builders of the fabled Seven Cities of Gold. When Marcos de Niza discovered them, [or] found their 'Golden Abyss,' he drew some horrible conclusions about their demise. Part of Drake’s journey, is following in Marcos’s footsteps."

"Making a game at the level of polish and production values of an Uncharted game is a huge task. Our team, at 45, is less than half the size of Naughty Dog. While the Vita isn’t a PS3, it is a next-gen portable, meaning the cost of creating assets goes up considerably."

Without question, Uncharted became the established franchise it is today thanks to Amy Hennig and her team's storytelling techniques, and "story" is not only a given with any Uncharted game, but also a key selling-point for the series. Besides that, though, what else defines it? For Garvin, it's starting with the "historical mystery" of it all without wandering too far from being believable.

"I like the way the games start with something that actually happened historically, with real people, places and events," he said. "I like that the stories never delve into outright fantasy. Yes, Uncharted pushes the limit at times, but you’re never going to run into inter-dimensional beings or living dinosaurs. Plausibility is key."

Another main selling point for the series is how much of a graphical powerhouse it's known to be - particularly noticeable in the gap between Uncharted 1 and Uncharted 2. Even on a handheld, where there's bound to be a known reduction in graphical quality compared to its HD counterparts, Bend is pushing the boat out in terms of hardware to make sure Golden Abyss is still an absolute looker. For the record, it is.

"We pushed the Vita hardware to the limit from the very beginning," said Garvin.

"As new optimizations came in our engine and the hardware, we kept pushing out the view distance, increasing the amount of detail we could show, adding more animations. We were adding additional polish right up to our launch deadline for the SCEA/SCEE release."

"At one point, the canoe sections of the game were full on simulations where you could touch either side of the boat and have characters row independently," he said. "The simulation worked great, but it was taking way too long to get it to be fun. It was hard to steer, easy to get caught up on the shore, so we ended up streamlining it a bit."

I've spent a good chunk of time on the game myself, coming away very much impressed of what I'd played to date. My one and only complaint was when using the touch screen to direct a climbing Drake: it felt a bit like an autopilot scenario. For me, part of the fun in the Uncharted series is climbing with the sticks and the potential of making a mistake with it and falling to your death.

Nevertheless, when brought up, Garvin made a decent case as to why it went down that route, and admitted it's something where it can't "please everyone" who will play the game next week.

"I’m not sure how dragging my finger across the screen to choose where I want to go, is anymore autopilot than pointing my stick in a direction and pressing x over and over again," he said. "In both cases, you’re interacting with the device and making decisions. It really has nothing to do with players new to the series: it was our gameplay designers building gameplay they thought was fun, interesting, and more importantly, unique to the Vita.

"Our goal from the beginning was to make an Uncharted Vita game. If you could play our game, as is, on the PS3, we felt we would have failed. For one thing, Naughty Dog has that pretty well covered, but for another, we wanted to explore new ways of allowing the player to control Drake using inputs specific to the Vita."

Despite its initial origins as a single-player-based series with Drake's Fortune, Uncharted 2 introduced multiplayer into the series, and carried over into Uncharted 3. Golden Abyss, however, does not include multiplayer despite Bend's experience with the feature, which it implemented in the Syphon Filter series and Resistance Retribution on PSP. Why? Simple: the size of the development team involved with UGA, only amounts to around 45 staffers.

Another reason, according to Garvin, was Vita's soaring production values compared to development on PSP: especially for a game like Uncharted.

"Making a game at the level of polish and production values of an Uncharted game is a huge task," he said. "Our team, at 45, is less than half the size of Naughty Dog. While the Vita isn’t a PS3, it is a next-gen portable, meaning the cost of creating assets goes up considerably.

"We always pushed the limit on the PSP with games like Resistance: Retribution and Syphon Filter: Logan’s Shadow, which both had multiplayer. But compare the production values of a game like Uncharted: Golden Abyss, made possible by the Vita’s advanced features, and you can see why it took our entire time just to make the single player game."

Regardless, Sony Bend has delivered an excellent launch title for Vita, and a brilliant first attempt at an Uncharted game not made by Naughty Dog. So where does Bend go next? It's not giving away too much, but Garvin's "excited" regarding what's to come.

"We’re always excited about the next thing we’re going to work on," he said. "For now, we’re taking a much needed and earned break. Stay tuned for more information."

Uncharted: Golden Abyss launches on February 22 in Europe and the US alongside PlayStation Vita.