If you though the sex was rather vanilla in previous Mass Effect games, don't worry: in Mass Effect: Andromeda the "banging is pretty good." 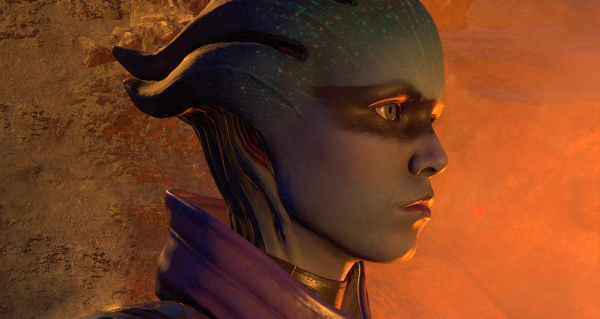 That's according to Mass Effect: Andromeda producer Mike Gamble, answering a question posed to him on Twitter by user Kristine Steimer.

@steimer @masseffect so many. And the banging is pretty good.

That wasn't good enough of an answer though, because it promoted user Jay K. Cagatay to ask for additional details.

@GambleMike @steimer @masseffect so was Mass Effect 3, but compared to TW3 it was Jane Austin level tame HOPE IM PROVED WRONG THO

We can probably expect all of the horizontal action to take place in the Pathfinder's personal room, which as PC Gamer notes, is off-limits to other crew members "unless invited, of course."

At least that's what the narrator in the latest Andromeda Initiative video implied when discussing the player's ship, the Tempest. Or maybe we just have a filthy mind. We'll go with both on that end.