Survival games get the chop in Humble Store's latest promotion. 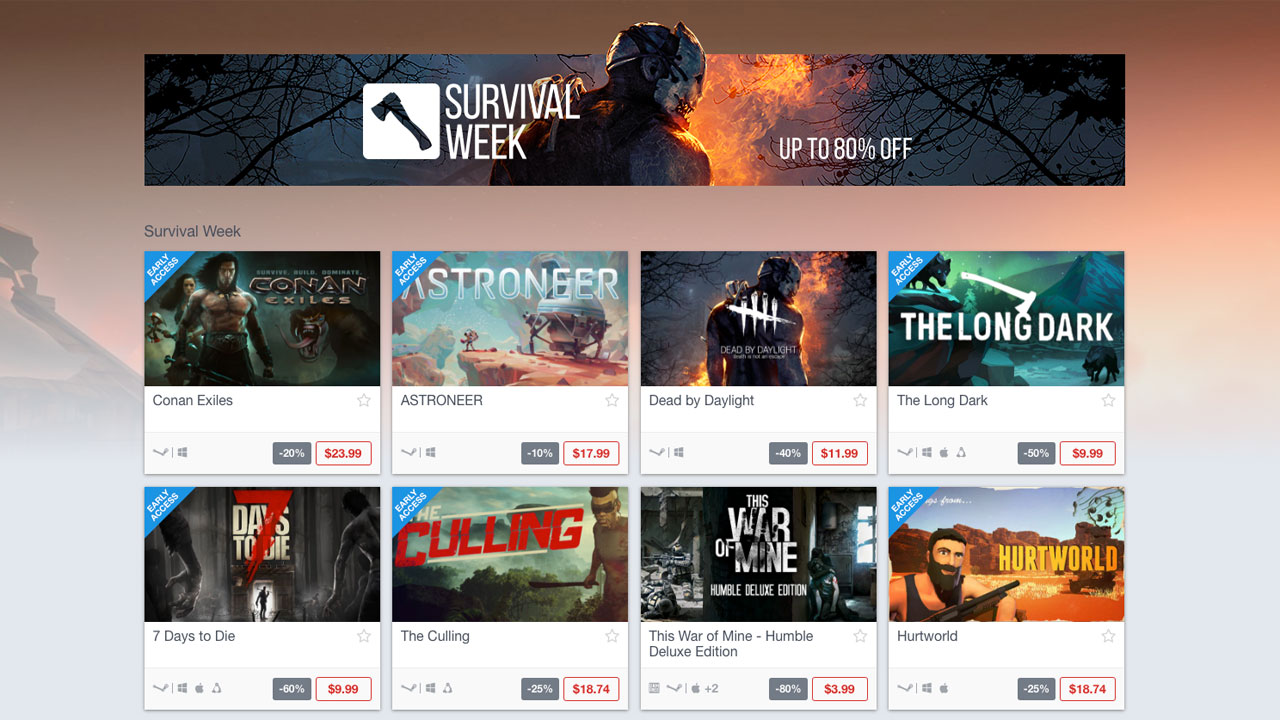 Humble Store's Survival Week sale offers up to 80% off a killer (see what I did there, hyuk hyuk) selection of survival titles.

Save 20% on the Early Access price of Conan Exiles and get in on the viral dick slider thing - as well as Funcom's incessant updating and content roll outs. Fellow Early Access title Astroneer is also there at 10% off.

There's 50% off The Long Dark, which is set in the freezing north. I played it for 20 minutes, during which time I restarted twice, was eaten by wolves once, and froze to death twice. I'm saving it for high summer.

This War of Mine is 80% off even in its Deluxe Version form, which is pretty tasty, and if you're more into traditional horror rather than the psychological pressure of surviving in conflict zones, there's always Outlast at 80% off, too.

I haven't even started on 7 Days to Die, Space Engineers, The Culling and Dead by Daylight, either. It's not an enormous sale but it represents a hefty slice of what's been happening in the survival space recently, across a range of themes.

There are several Mac and Linux games included, by the way. As usual, you can choose a charity to receive a small slice of your payment.