The Horizon Zero Dawn PC port launches this Friday, August 7, and fans and critics alike are beyond impressed with how it looks so far.

A recent thread over at ResetEra has collectsed a variety of the Horizon Zero Dawn PC gameplay videos from different games sites. The pretty much unanimous consensus is that it looks absolutely phenomenal, and that its visual fidelity is remarkably improved from the original game on PS4.

You can check out the thread for yourself, or you can watch the video embedded below, which comes from our friends at Rock, Paper, Shotgun. You'll likely notice how drastically it improves on the PS4 version of Horizon Zero Dawn pretty much immediately.

If you'd like to experience this improved version of Horizon Zero Dawn, but are unsure as to whether your machine can run it, here are the minimum and recommended specs for the Horizon Zero Dawn PC port.

These extra stringent measures were likely a direct result of the recent fiasco surrounding the Horizon Zero Dawn PC port, during which people managed to use VPNs to pre-order the game from another country's store for a substantially cheaper price, triggering a massive price hike in said countries as a result. 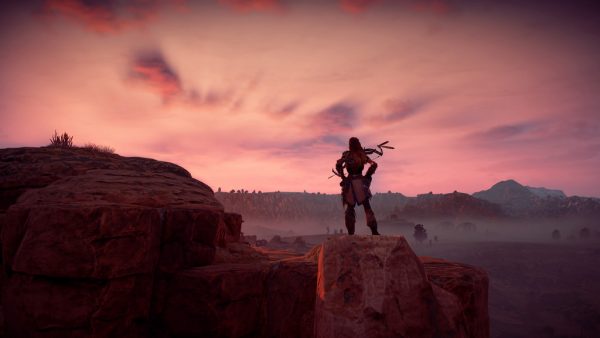 In terms of the Horizon series' future, Horizon Forbidden West was officially announced as the sequel to Horizon Zero Dawn during Sony's PS5 first-party games reveal back in June. Apparently there are going to be several PS5 special editions, so if you're an Aloy fan, you're in with a decent chance of getting a Horizon one.

Horizon Forbidden West is due to launch in 2021, and will feature "virtually no loading screens." It will also support co-op and have a "gigantic" world.