The universe will be mine. And also yours. The point is it's happening. 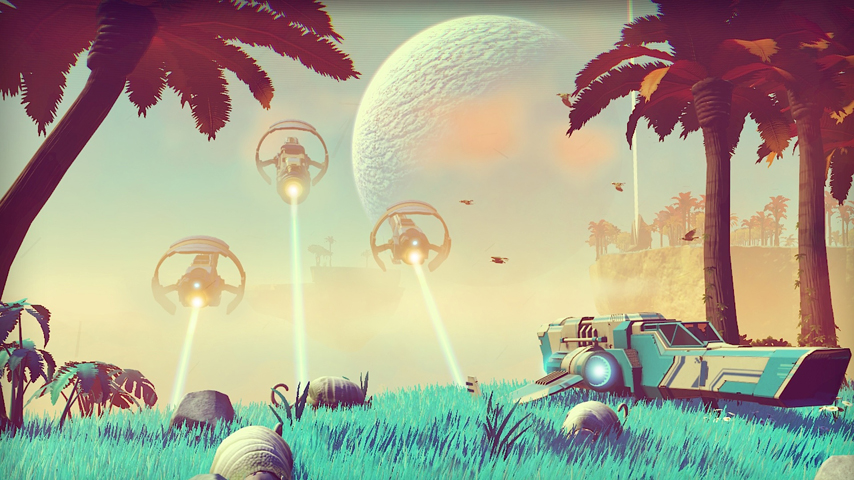 No Man's Sky has gone gold.

The news comes via Hello Games boss Sean Murray, who posted a photo of the tiny studio celebrating the milestone. In case you're not aware, going gold means the game is done, and ready to be slapped onto discs (or wrapped up for digital sale). No Man's Sky is finished.

This is great news for us at home who have been eagerly awaiting the space adventure (did you know No Man's Sky is Amazon's most anticipated game of 2016?) but our excitement probably can't touch what's going on at Hello Games. For such a small team to have produced a project on this kind of scale is a major achievement. It's been a long journey - and it hasn't been easy.

It's happened. No Man's Sky just went gold. I'm so incredibly proud of this tiny team. 4 years of emotions pic.twitter.com/YJoI6JVgxq

I'm sure you've not been living under a rock, but No Man's Sky has riveted our attention with some original promises. It leverages procedural generation to provide a sodding enormous universe, on a scale that simply isn't feasible through other means - but because every universe starts from the same seed, we'll all be exploring the same space. There'll even be some sort of multiplayer component, although Hello Games is still keeping that pretty quiet - and the chance of you wandering into the same space as a pal are pretty slim, unless you both approach the endgame goal at the centre of the universe.

On their journeys, No Man's Sky players will explore new planets, gathering resources to trade or upgrade equipment with. They'll contend with local fauna and find themselves on the wrong side of the law if their activities threaten local ecosystems. They'll be able to leave their mark on the universe, celebrating their roles as explorers and pioneers as they see things nobody else has.

In short, it sounds amazing. No Man's Sky launches next month on PC and PS4.