Drop a heavy beat on your target... so to speak. 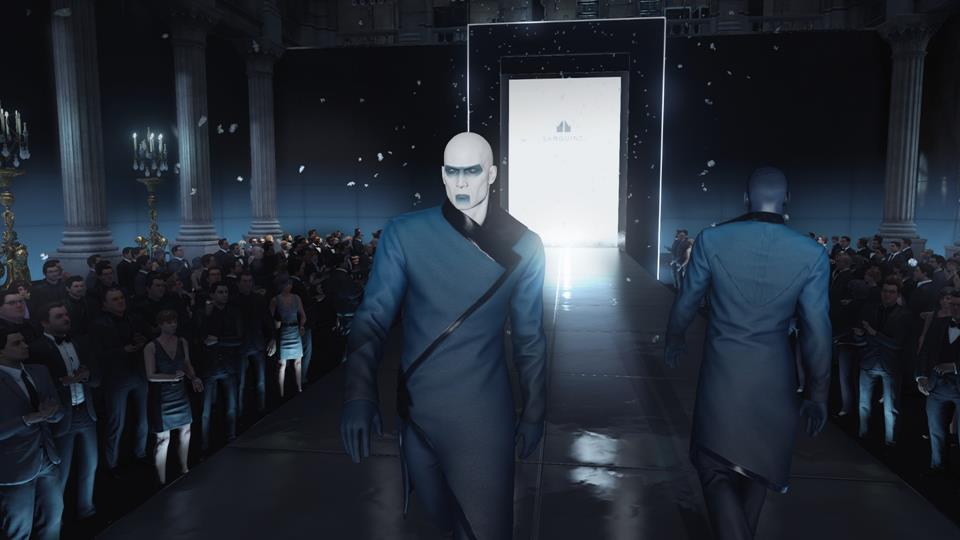 Hitman's Paris-based level The Showstopper is packed with different ways to take down its two targets. There's dangerous electrical audio/visual equipment everywhere too - so why not arrange an unfortunate accident? Better still, your first accident kill on the level will net some bonus experience.

This challenge is nice and easy - it just requires you to drop a speaker on the unsuspecting Victor Novikov as he makes his rounds.

Victor and his bodyguard walk a fairly set route around the Paris level. They remain inside the building for the most part and unless something inspires them to do otherwise they'll walk a lap of the dressing rooms through to behind the catwalk, then the kitchens, then the bar, then into the main room to view the catwalk from the front. If nothing distracts them they'll walk back into the dressing rooms. Victor's a control freak, and spends most of his time berating his employees for how they're doing.

Here's how to do crush him with a piece of musical equipment: