The Humble Store has another big name game available for subscribers for the month of November, and it's Hitman.

Hitman: The Complete First Season, Hollow Knight, and 7 Days to Die are just three of the titles Humble Monthly subscribers will receive in November.

If you're planning on picking up Hitman 2 on November 13, paying $12/£10 for Humble Monthly is a rather good deal if you want the first game. If you were to buy Hitman and all episodes through the Steam Store, it would run you around $59.

Plus, once you own Hitman, you'll be able to claim the Legacy Pack for Hitman 2. The pack, which is free to owners of the original game, adds Paris, Sapienza, Marrakesh, Bangkok, Colorado, and Hokkaido maps to Hitman 2. All will be remastered and include all the new and updated features found in the sequel's maps. This includes the updated AI, the ability to hide in foliage, picture-in-picture mode, the new progression system and difficulty modes, as well as of course the updated visuals.

So, it's completely worth it in our opinion.

Along with Hitman, subscribers this month will also receive the rather great, and very popular metroidvania-style game Hollow Knight. It normally runs you $14.99 on PC so again, you're saving some money. Our advice? Use a controller with this game. Unless of course you're a wiz at using KBM playing games in this genre. We're not, so we salute you. 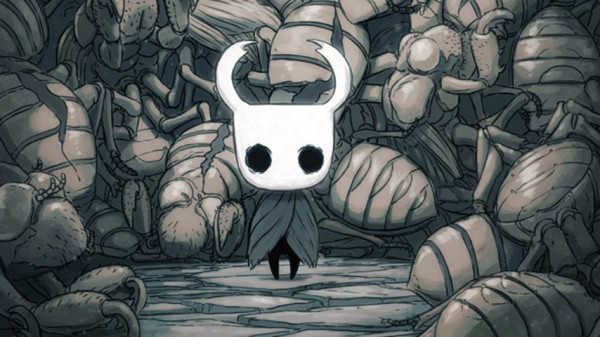 Early Access title 7 Days to Die is the other November headliner. The game combines first-person shooter, survival horror, tower defense, and role-playing gameplay. Telltale Games signed on as publisher for The Fun Pimps Entertainment-developed game on consoles, but sadly, that's no longer the case with the company shuttering.

The developers said on Steam this week it was "committed to the future of the 7 Days to Die franchise," and will continue to update and support it on every platform possible. The Fun Pimps also said Alpha 17 update is "coming along," so there's that to look forward to.

Six other games will be made available this month, and will remain a mystery until November 2. If you wish to grab these games, and are not a Humble Monthly subscriber, you have until that date to acquire them.

Launched in 2016, the Humble Monthly service is a curated bundle of nine games handed out to subscribers every month. Many remain a mystery until signing up.

Each month a new game will be designated as the Instant Unlock title which subs can start playing on Steam immediately. This month, all three of the aforementioned titles are instant unlocks.