This level strikes a different tone, but Hitman 2016 continues to be brilliant. 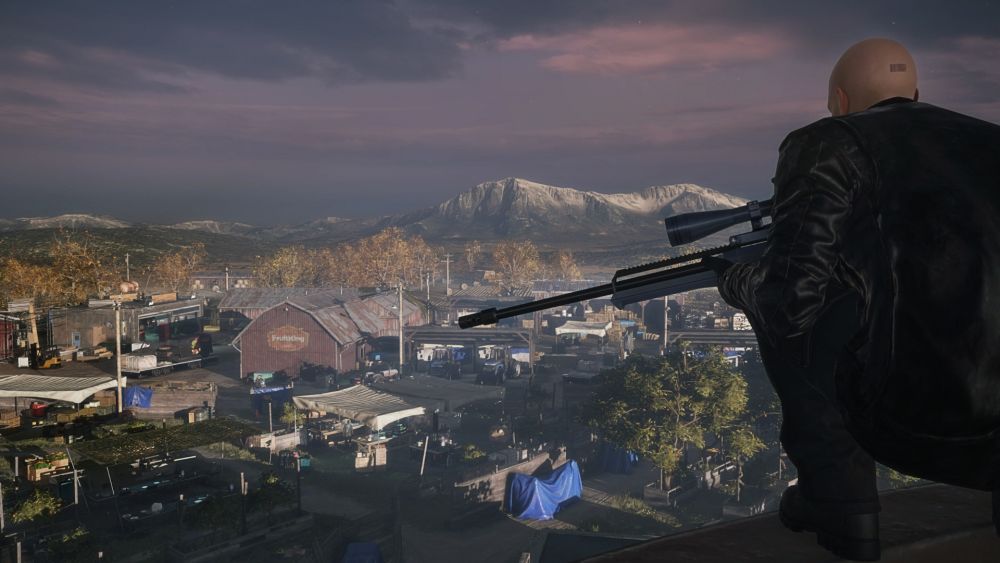 When I initially heard Hitman's fifth episode was to be set in the USA, I expected a suburban sort of level based on the other levels we have in the game. When I heard it was Colorado, those expectations raised further. Wow, was I wrong - but that's all okay.

Colorado conjured up images of the Blood Money level A New Life, with picturesque houses and a target residing in one of them. You know - the level with the clown and the kids' party. Colorado here isn't that at all - but it's still an original and unique twist, significantly different to all the other levels in this year's Hitman.

"This is the first level where the story has jumped out and grabbed me, leaving me intrigued to play the next level for non-gameplay reasons."

The main thing that's different about Colorado is as much about the game's mechanics as it is its story. Its farm is still a quiet residential area, but it's one that's been taken over and turned into a training camp for terrorists and paramilitary. The entire camp is locked down like a military base, and so in gameplay terms that means there's nowhere that's a 'safe' area. In your starting outfit not one bit of the map is safe - you're always trespassing.

This makes using the right disguises all the more important and also makes suit-only challenges quite a bit more difficult still. 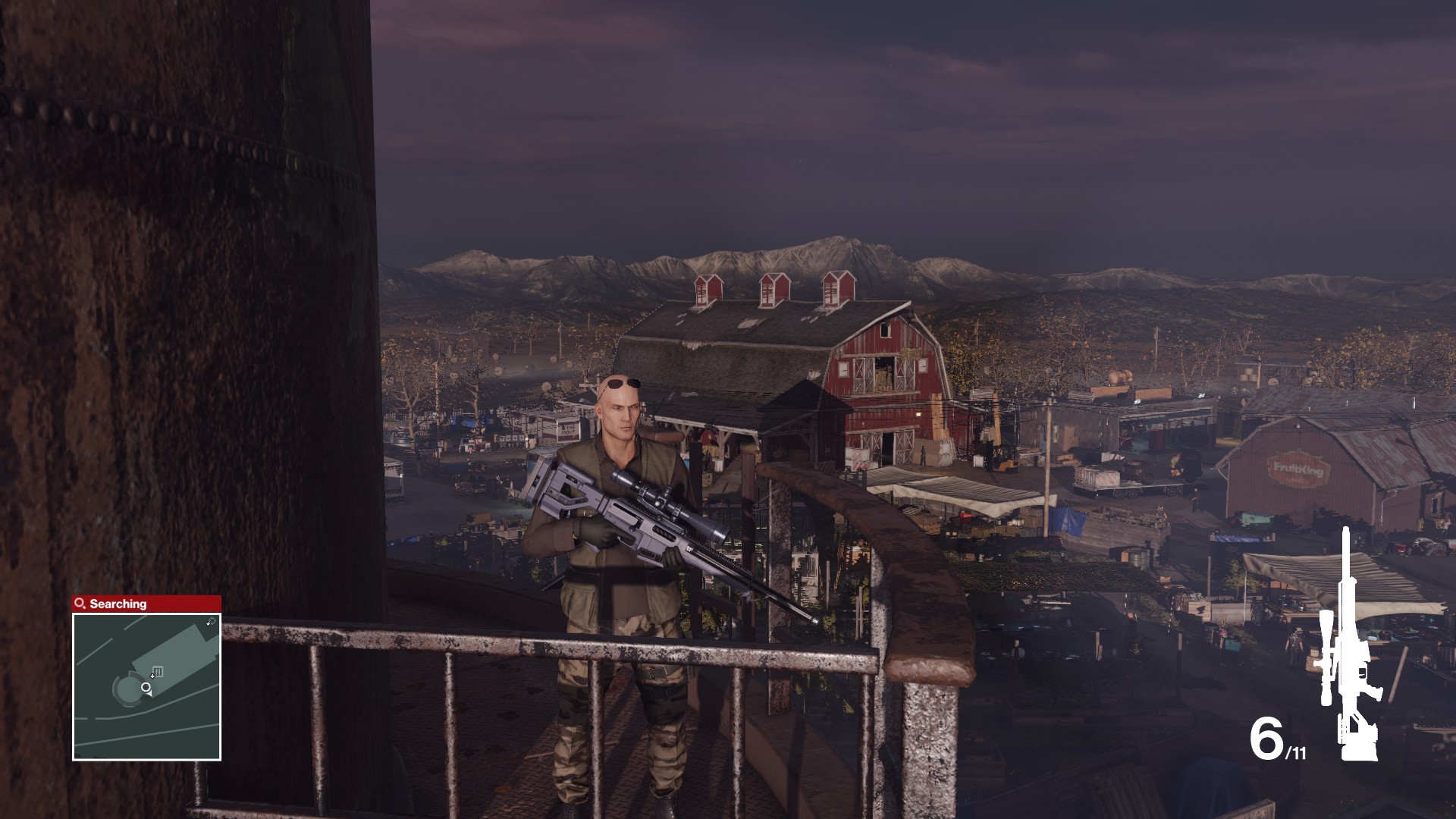 All of this makes sense with where Hitman's story has been going, with the 4 targets on this level all part of a greater conspiracy. The level also doesn't culminate in escape but instead with 47 breaking into a secret underground bunker to learn more about what's been going on. This is the first level where the story has jumped out and grabbed me, leaving me intrigued to play the next level for non-gameplay reasons.

There's a downside to all this, and that's also down to the nuts and bolts of what this level is. This area of a house with attached farming areas, a barn and so on has been taken over and turned into a convincing paramilitary base, but this paramilitary base just isn't quite as interesting or as colourful as the levels that take place in regular places around civilians.

Everybody you see is basically a guard, which is oppressive in a good and differentiating way but also, somehow, a little more boring. I'm curious how elusive targets will play out on this map.

Where this map really comes into its own is in the opportunities and objectives surrounding its eclectic cast of targets. 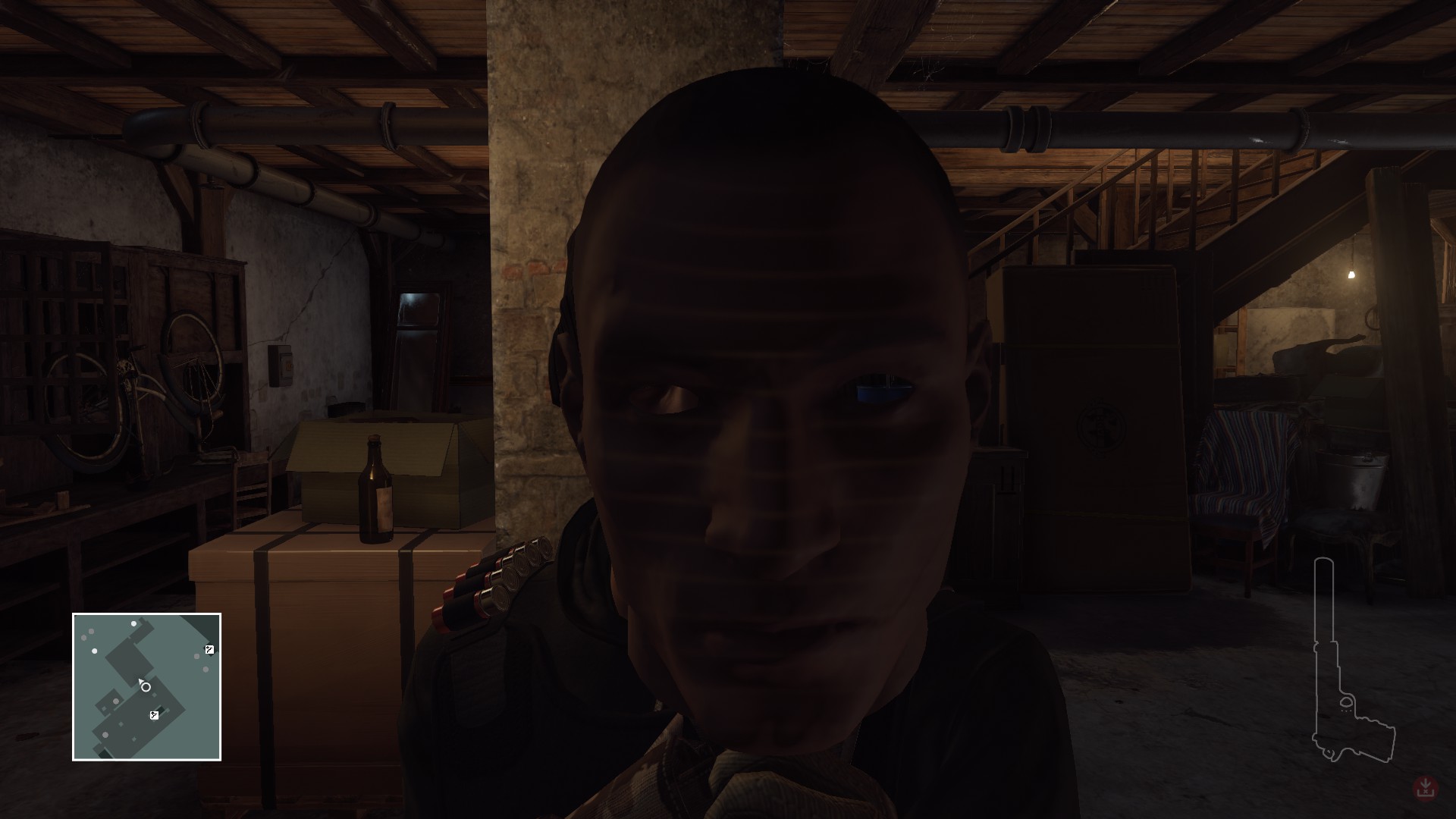 "By making this location a far more restricted place, another side of this Hitman is shown where it's a more absolute, clean-cut stealth challenge for the player."

One is a rogue military operative who has some serious blood on his hands, including that of kids. There's a great sequence where from another target's diary you can learn he suffers from OCD and has very bad trips on LSD. I sneak into his private office and move stuff around to trigger his OCD and then lace his cigarettes with the drug so that when he goes for a stressed-out smoke, he then has a terrible reaction. That separates him from the crowd and from his guards, which then allows 47 to do his work.

I crush another to death with a gigantic ram that's part of a training exercise. There's also a smart watch that you can make explode (I wonder if it's a Samsung?) to kill a target, or a farm slurry pit you can drown someone in. That's all just for starters. The OCD line is the most interesting, but this level is full of great opportunities.

After several levels set in vastly public places, this feels like a more pure take on what Hitman is. By making this location a far more restricted place another side of this Hitman is shown where it's a more absolute, clean-cut stealth challenge for the player. That's for better and for worse, but when we've 4 other levels that are more open and allow more breathing room, one in this style doesn't feel like a bad thing at all. It's business as usual, then: Hitman continues to be brilliant.

Hitman Episode 5: Colorado is out now. Episode 1-4 and the 2 summer bonus episodes are also available.