Take a look at everything that comes in the box of the PlayStation VR headset. 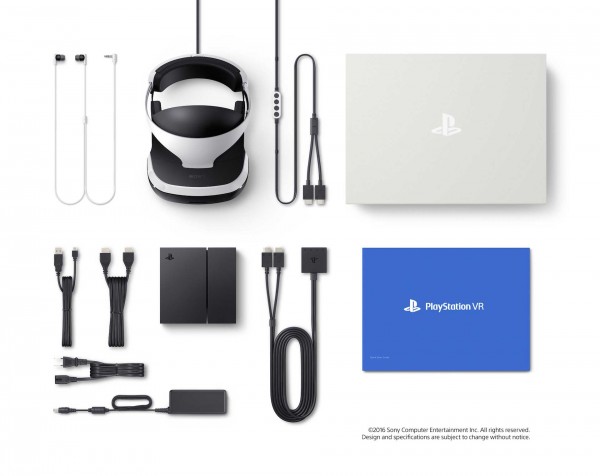 The PlayStation VR headset has been a long time coming. Although all stocks are currently sold out, those with pre-orders will be getting theirs starting October 13.

In the video below, Sony unboxes the official retail unit to show off everything included in the box, as well as the headset itself.

As you can see, the processing unit is the only other major item included in the box, outside of cables. The PU seems have gotten smaller in size since the days of Project Morpheus, but it's still something potential buyers will need to find a place for.

The box itself doesn't look big, definitely smaller than that of the Vive and Rift headsets. As for the headset, you can see some of the adjustment handles at the back and generally how big it is when held. The video also shows off the inline remote, and how you'll be able to plug in headphones.