This is our first look at the expanded Guide on Xbox One. 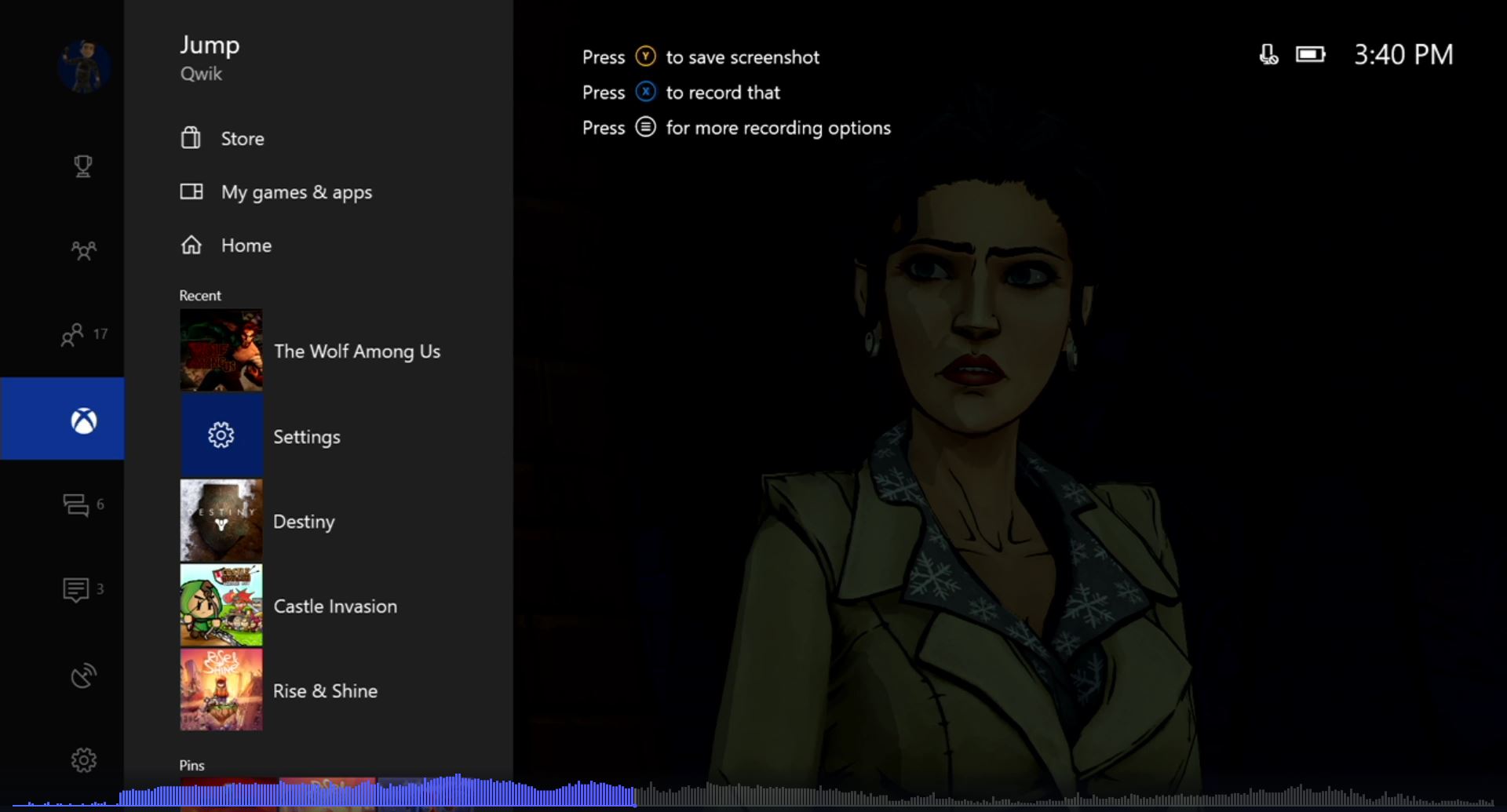 Microsoft recently announced a number of features in the works for Xbox One and Windows 10. Among the reveals, the one most interesting to Xbox One users is the new Guide.

The Guide is now summoned by pressing the Xbox Button once, and it includes many features previously available separately. Xbox's Mike Ybarra hosted a livestream to play some Wolf Among Us and show off a glimpse of the new Guide.

Ybarra only brings it up for one second just past the 10-minute mark, which resulted in the screenshot above.

As you can see, you'll have quick access to recently played games, the ability to set the length of the GameDVR recordings, and more. The idea is to have the new Guide resemble the Xbox 360 one in function, and generally reduce instances where you're required to return to the home page to use certain features.

The update is coming soon to Xbox Insiders, and will likely include a few more unannounced tweaks.