Microsoft has updated its Xbox Live content schedule, and the releases kick off today with demos for Summer Stars 2012 and Top Gun: Hard Lock available, as well as the release of the Harley Quinn's Revenge DLC for Batman: Arkham City and Mass Effect 3 Rebellion.

The Deal of the Week is PopCap, and you can pick up titles such as Peggle, Peggle Nights, Zumba, Bejeweled 3 and more for 50% off.

2K is also having a sale on Borderlands DLC and the Red Dead Redemption Undead Nightmare Collection stating next week.

Those who live dressing up their virtual selves can pick up some Avatar deals this week, which include Assassin's Creed 3.

Next week, Avatar items for Sonic Adventure 2 will be hitting the Marketplace, which makes us wonder if the title is heading to the XBL service sometime soon. Nice hint/tease, eh?

Get the full update below and through Major Nelson. 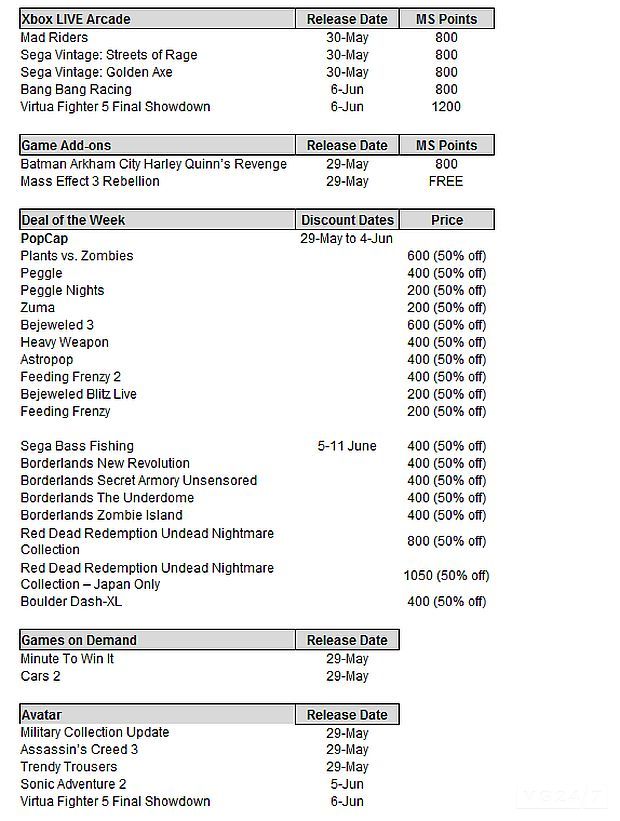