Halo 4 reviews began this week, sparking praise for 343's shooter. It's the darkest, most personal chapter in the series to date, but will sceptics be converted? Find out below.

So what's all this Halo stuff about? It's some lad in a green space suit bouncing around on moon boots, shooting pink lasers at the piss heads from the Mos Eisley Cantina isn't it? Do Lucas and Disney know about this?

What, you never see the guy's face and he doesn't talk much? What a load of stale toss, at least Captain Price has a moustache that can kill a man at twelve paces. Who's that blue woman? What's her role in this interstellar pantomime?

She's an AI? So she's a piece of military hardware, a tool to be used as part of the job? Why is she blue? Is it because she's based on Microfail Windoes and keeps blue screening? Hah. Microsoft.

WHY DOES GREEN MAN JUMP SO HIGH?

Well why is the green man in love with the blue woman then? Shouldn't he just be doing his job and not getting attached his equipment? Why doesn't he just marry his gun instead, or interlock into a violent 'nade-orgy with his plasma grenades? It's the future, people will understand.

Who are the Covanant? They're the bad aliens, yeah? Fuck me it is the future after all, where minds are open and equal-opportunity laws make anyone fit for service, even those Grunt things that take two shots from my super-soaker to kill. Poor bugger's head just came clean off.

WHY CAN'T I STOP JUMPING?

The UNSC ships all have stupid names. Forward Unto Dawn, Pillar of Autumn, Death Star of Chinese New Year on a Leap Year. Quad or tri-barrel names are dumb, just like the game's aiming. No iron sights? GTFO! 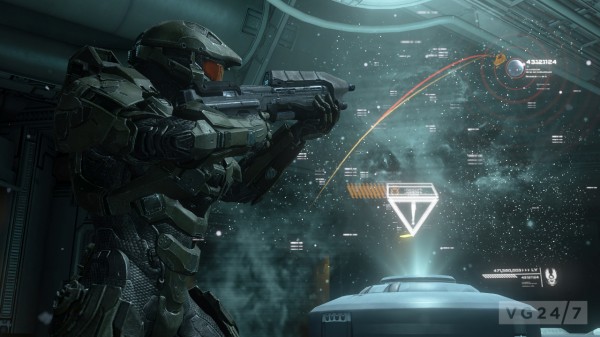 Oh god Ha-LOL 4 just got announced at E3...meh. Nice milking Microfail. All you care about is money and not new ideas don't you, well you know what you bunch of corporate highwaymen, you're not getting a penny of my money. Not a penny.

BET THE GREEN MAN JUMPS HIGH IN THIS ONE TO!

More Failo 4 trailers. Seems legit. It's not as green or as pink as before, but I bet it still has those puppet aliens and the blue woman. Hmm, the green man talks more, so does the woman. There's less Covanants in this one too.

This could be alright. What, wait? You mad bro? What did I just say? Maybe some rounds on Battlefield 3 will snap me out of it. Fuck Halo, and fuck Call of Duty. Fuck the industry that only wants my money.

The game's out next week. All my friends are saying it's the game that will make them fall in love with the green man for the first time. But I can't cheat on DICE. How can I do that? It'd like being caught with my pants around my ankles with the green man's knob in my gob round Peter Moore's house. It can't happen. No way.

Halo 4 reviews have come out. Alright, it's not looking so bad. They say it's the game that will convert sceptics and takes big steps to bring newcomers. They say there are less pink lasers, new enemies, new weapons and a darker world.

The plot makes sense too, and the green man - sorry Master Chief - and Cortana's struggle makes you want to care for once. The multiplayer is the best yet? Umm...shit. They say that it may not be a massive leap forward but it sets up the series for the next generation?

That can't be true. I need to read more reviews, whoever wrote those articles has clearly been paid by Microfail to say that the game is good. No..no it's actually all over the internet. Am I the one who's been wrong all these years? Have I actually been the problem all this time? Well...maybe.

I'm playing Halo 4 now and yeah it's good, it's not revolutionary, but it's really good fun and I'm not actually hating it. Perhaps instead of slamming something I haven't understood all this time I should have kept an open mind and reserved judgement until actually getting a chance to play the damn thing?

Perhaps anyone can swallow their pride and admit they like something, even if social circles and fan boys tell me I shouldn't? Halo 4 isn't Battlefield or Call of Duty, but it's a unique design. It's a 'Halo' game, and that brings with it a whole new experience.

If I could have just put down my petty hatred of Microsoft and console exclusives for a second I might have seen how fun the franchise actually was. I've really missed out, but as they say better late than never eh? 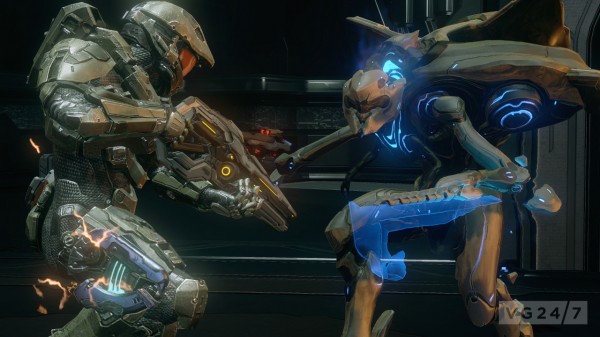 What are you on about?

Sorry about that. That 'guy' above isn't me, but good lord I've seen many people online scarily close to that caricature. The kind of folk who - just because Halo is an Xbox exclusive - just refuse to believe that it could ever be any good.

Or, say, someone is a long-time Call of Duty, Counter-Strike or Battlefield fan and they enter into that weird mindset where flirting with a rival franchise is akin to cheating on their husband or wife.

It's OK to enjoy a broad spectrum of games, and to be brutally honest here, some of the reactions on forums and comment threads on Halo 4 reviews - which only started publishing yesterday I might add - have been appalling.

Actual angry, bitter, sour, knee-jerk, thoughtless, irrational, commentary that demonises people for enjoying the Halo franchise. It baffles me. People who do this are essentially curbing their gaming palette, and missing out on fun experiences.

I have never been a real fan of the franchise, but not for a lack of trying. I've played every game in the series and I've really tried to integrate myself into the Halo fold, but for some reason it never stuck, but at least I can admit they're good games.

I'm also desperately shit at Halo multiplayer and that puts me off a little as - because of this demands of this job - I don't have time to invest in getting good at it. I'm a Call of Duty boy at heart, but I love all shooters. So I stuck with that as I can only devote my time to getting good at one of them.

But Halo 4, truth be told, really struck a chord with me. It's not perfect, certainly not a 10/10 - for the record, I hate scored reviews - because 10 to me implies something that innovates and advances a genre or the medium as a whole. Halo 4 is not an advancement of anything.

It's a solid, highly polished and thoroughly enjoyable shooter that kickstarts an intriguing plot and lays the frame for what should be a stellar trilogy. When Halo 5 hits Xbox 720 - and if I were a betting man, I'd bet my meagre savings that it will - then you'll start to see proper innovation.

But for now, just chill out, let people like what they like and let's just have some fun blowing up aliens, yeah?