Do you ever forget what you loved about your favourite games?

Over time, you might have decided it was the music, or the lore, or the poignant death of a critical character. And all of those things matter. But actually, when you go back, you discover that the magic lay in something more nebulous. Developers call it ‘gamefeel’ - the joy that comes from the simple experience of moving about and interacting with a world.

Halo 2 is one of those games. Where its peers from 2004 can now feel clunky and dated, Bungie’s first person shooter has a sense of flow, a bounding arc, that modern shooters like Doom Eternal are only just catching up to. And so, with its addition to the PC’s Master Chief Collection, I decided to float through New Mombasa one more time, logging the journey as I went.

2 mins: Bungie took a seismic storytelling decision by letting you look inside the Covenant and its politics. Before this moment, your enemy was truly alien, intelligent yet unfathomable. It’s fun to see the galaxies revealed in greater detail, but it does damage the sense of mystery tied to those monolithic grey structures in the first game.

4 mins: Sort of blows my mind that the Covenant call it ‘Halo’ too. Did they have a phase of Christianity? Think of the knock-on effects for all those fan wikis - they’d need to have a page for every book in the Bible.

10 mins: The opening tram ride is a fun nod to Half-Life, even if it does last for literally the length of a nod.

12 mins: Hey, anybody talking up the impenetrability of a defence system in the opening of a thriller deserves what they get.

20 mins: The juxtaposition of UNSC and Covenant rituals is fascinating. The humans formalise war through medals and ceremony, making it noble - while the aliens strip their own naked, brand them with burning poles, and expose the brutality of battle. 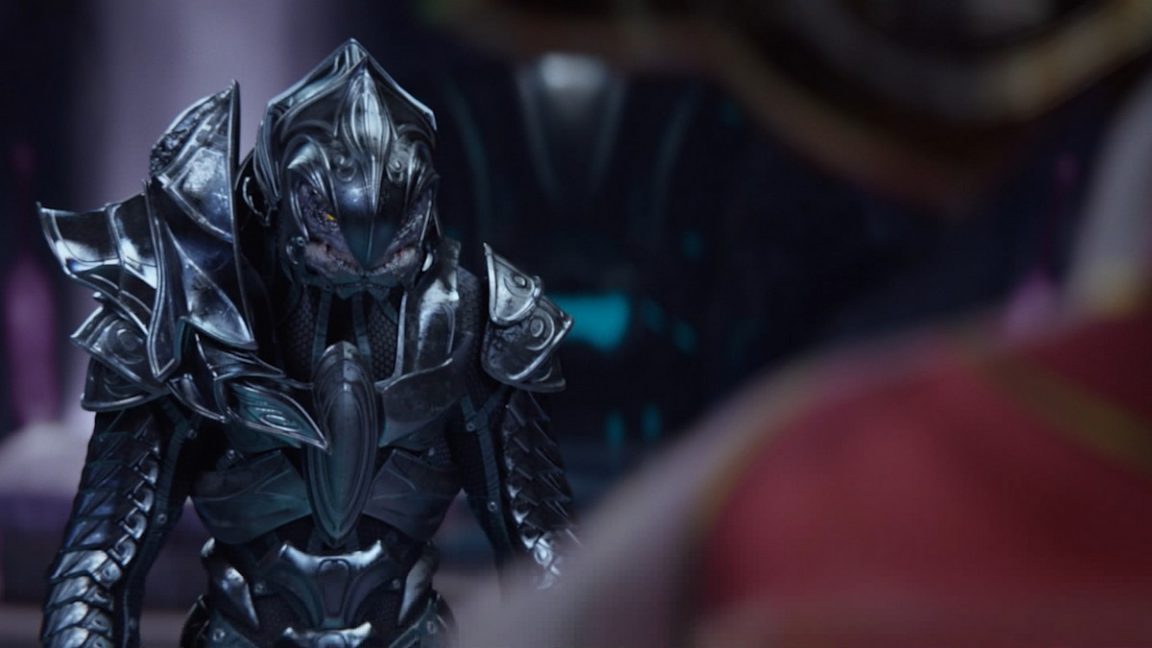 21 mins: First contact with Chips Dubbo, the loudmouth Australian marine who never appears in cutscenes yet makes his presence very much known. The fact that he even made it off Halo in the first game makes him a hero - where’s his medal?

30 mins: “I don’t believe it! They’re retreating, we won!” The Marines’ idiot optimism has always been one of their most endearing traits.

44 mins: Halo 2’s hardest mode isn’t Legendary, actually - it’s playing on Normal while keeping every friendly AI character alive. I’ve reloaded the checkpoint several times to see if it’s possible to save the guy who yells, “Get the hell out of my armoury, split lip”. It’s not possible.

49 mins: “How much time was left?”, the Chief asks Cortana after disarming a bomb. “You don’t wanna know,” she replies. Wish Alexa was this banterous.

52 mins: The bomb ride is still entertainingly ludicrous, even by action game standards.

1 hour: Sometimes, a Marine steps over to a Covenant corpse and fills it with lead, just to be safe. It’s a tiny touch that lends the AI loads of character.

1 hour 6 minutes: I’m starting to recognise structures that later showed up in Halo Wars, like the sniper tower with the hover-lift. You can’t overstate what the pink and purple enemy palettes do to brighten up these games, in an era where brown was becoming the official colour of shooters. 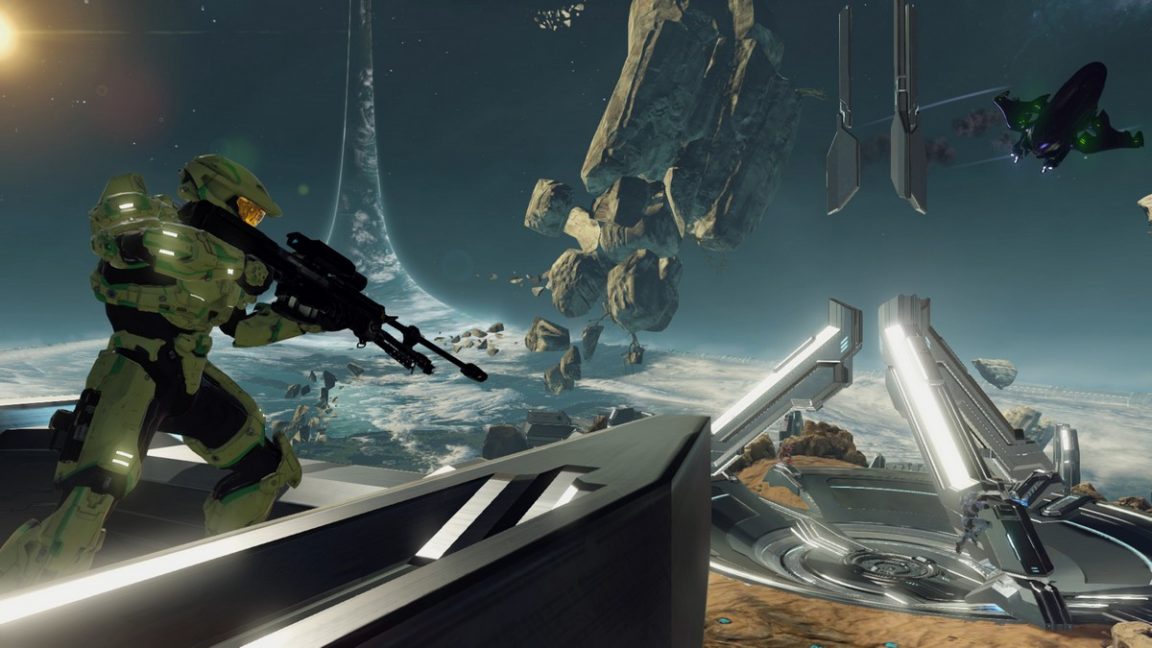 1 hour 30 mins: Marines know how to do many things, but flipping a jeep the right way up isn’t one of them. I do it myself, and give them an encouraging beep from the Warthog’s driving seat. But they don’t climb back in - instead standing around, looking dejected.

1 hour 34 mins: Shout out to the psychopath Marine who, during Earth’s invasion, asks: “Hey you having fun? Me too!” We swap weapons, for a laugh.

1 hour 40 mins: I’m flooring it through a tarmacked tunnel, a second Warthog screaming along beside me. As we bear down on the Covenant convoy ahead, an unexpected stream of blue light blossoms from the second vehicle, and I realise it’s the Marine psychopath, firing the enemy rifle I gave him.

1 hour 42 mins: During the ensuing clash, my Warthog gets mashed beneath the lead Covenant transport, so I take the Ghost hoverbike it was carrying instead. The flexibility of Halo 2’s sandbox is still astonishing, even in our era of open-world games.

1 hour 45 mins: Nothing beats the aeroplane whine of the Ghost when you disembark.

1 hour 48 mins: “Thanks for the tank,” Cortana tells Sergeant Johnson. “He never gets me anything.”

My my, Johnson. You saucy, misogynist devil.

2 hour 7 mins: Somewhere between the original game and its remastered Anniversary edition, this company changed its name. But why? Neither sounds real.

2 hour 25 mins: I like that nobody tells you to jump onto the enormous, walking assault platform, the Scarab. It’s just there, right beneath you on the bridge, and the thought hits you: what would Master Chief do?

2 hour 56 mins: I’m the Arbiter now, fighting Covenant heretics, alongside the Covenant. “Are you blind??” screams a friendly Elite as I smack him with my sword. Sorry, pal, but your character model isn’t distinct enough from the lads I’m supposed to be killing. That’s on you.

3 hours 23 mins: The Arbiter is a great contrast to the Chief. As a disgraced general, he occupies a position of shame in society, his role a form of execution by combat. For that reason he’s treated with disdain and disgust by his peers, instead of reverence. Playing him feels like embedding in an alien culture - one with very different ideas about justice.

3 hours 34 mins: Halo 2 Anniversary’s approach to music is... odd. Mostly, it simply adds weight to the original soundtrack, armour plating it with guitars and drums. But during a Banshee dogfighting sequence, Marty O’Donnell’s Middle Eastern-influenced backing is replaced wholesale with nerd-pleasing prog rock. If any OST should be untouchable, surely it’s Halo’s? 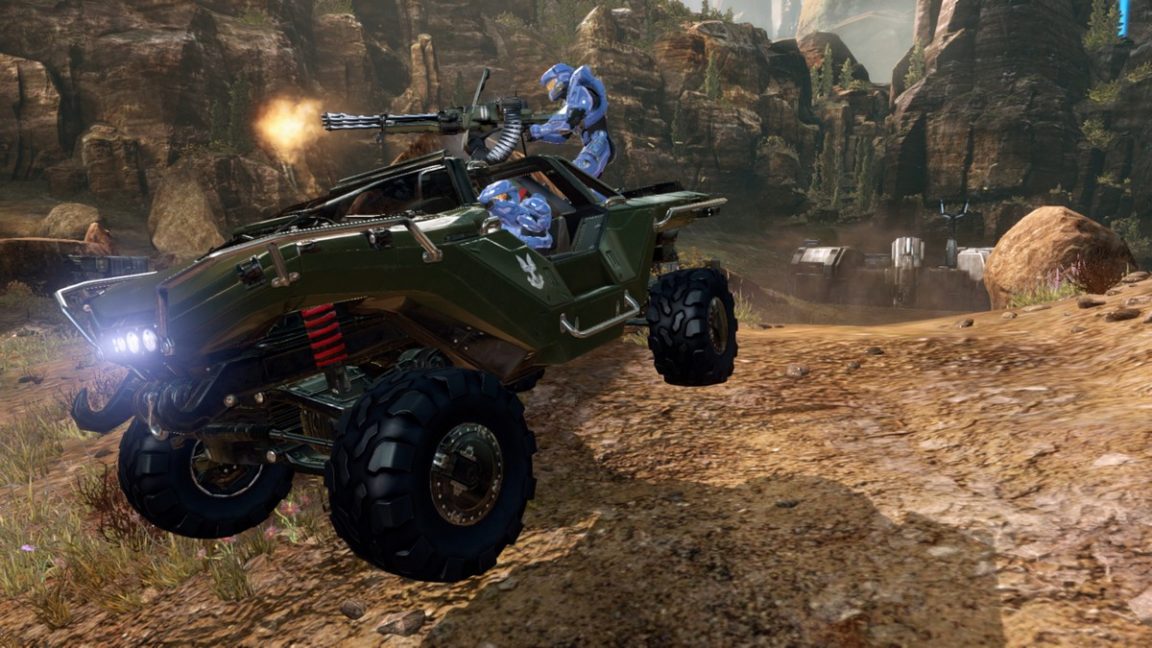 The dogfighting, though, has aged surprisingly well - Bungie's secret weapon has always been vehicles, and it’s a wonder they don’t lean on them more in Destiny.

3 hours 46 mins: While fighting a boss who creates illusory clones of himself, I stab the real one first by chance. Master of RNG.

4 hours: The opening disaster, the slow build-up to the discovery of the Flood in an underground, temple-like complex - Halo 2 definitely follows some of the same beats as Combat Evolved. That first game was so strong, it allowed the series to repeat itself and get away with it.

4 hours 5 mins: Bungie does such a good job of throwing factions against each other in surprising configurations. There’s a joy just in watching Halo’s systems bounce around in a confined space; the chain reactions that see a Flood carrier’s explosion set off the grenade on the belt of a dead Marine’s body, firing the Chief’s ragdoll into the air. Wheee.

4 hours 24 mins: I can't stop thinking about a Halo battle royale. Gamboling over green hills on a Halo structure that’s falling apart, piece by piece, sending sluggish players spinning into the void. Hopping into a jeep to run someone down, a thrill Halo basically invented. 343 Industries has said that the “only BR we’re interested in is Battle Rifle,” but that’s such a good line it feels rehearsed, to throw us off the scent. I’m onto you, Guilty Spark.

It’s strange to go back to Halo 2 and realise that, while the game worlds shooters occupy have got wider, the possibilities have closed down. If a linear, setpiece-driven FPS like this one can become a playground for unexpected clashes between vehicle physics, AI and alien ballistics, then we should expect more from today’s first-person shooters as a genre. Bungie used to create games that made you laugh with surprise, and in a locked-down era of predictable routines, we could all do with more of that.