GTA Online players have a lot to look forward to over the next few months. 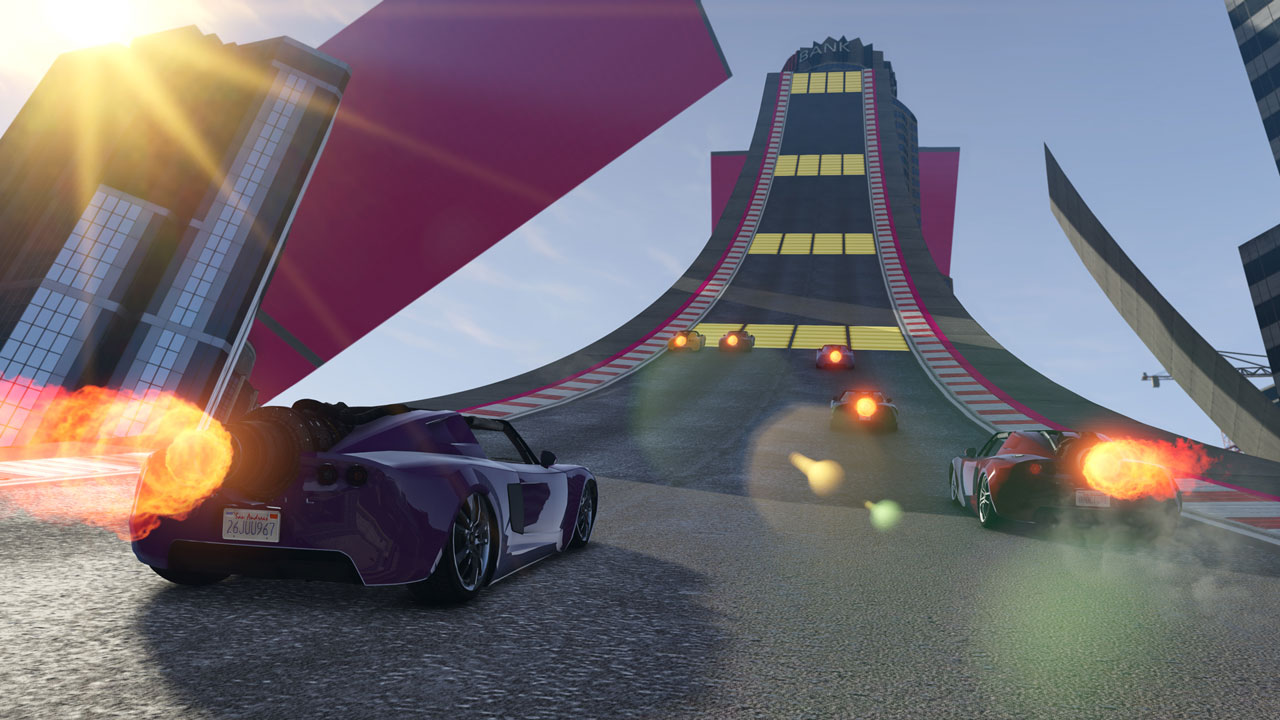 GTA 5's much loved multiplayer suite GTA Online is due for a stack of new content as the weather warms up.

The next GTA Online title update is due in March, and will bring a brand new style of Stunt Race designed around the special abilities of the Rocket Voltic, the Ruiner 2000 and the Blazer Aqua. In addition to the new official races, community creators will be able to craft their own special vehicle challenges.

Sometime in northern spring multiple new Adversary Modes will be added to GTA Online. Of these, two have been announced: Resurrection is described as "a gallows humour take on dodgeball", while Top Down is "a nostalgic homage to the 2D GTA era with some explosive twists". Further new modes will be revealed soon.

The spring updates don't stop there - more new vehicles are coming to GTA Online. Look for series favourites like the Turismo Classic and Infernus Classic, as well as all-new additions like the Progen GP1 supercar.

Looking further ahead, Rockstar says another "massive" update is coming in late spring, with further drops into the summer, all delivering "Gunrunning and more". These will include brand new weaponised vehicles, new weaponry and new missions.

Back to the present now: as a reminder, there's a GTA Online event on right now offering double cash and RP for all Rockstar Created and Rockstar Verified Stunt Races, following the release of 15 new official Stunt Races earlier in the week. There are various bonuses and discounts on offer as well, and everyone who logs in while the event is ongoing gets the limited edition Pink Jock Cranley Stuntman Jumpsuit.

Finally, there are only a few days left to transfer your GTA Online character from Xbox 360 and PS3 to PC, PS4 or Xbox One. There are nine huge updates waiting for you if you make the jump.