The Doomsday Heist is the first to be added to the game since the original batch of five heists arrived back in 2015.

Doomsday Heist tasks players with stopping the apocalypse from enemies unknown and promises to send players inside Mount Chiliad, home of many a conspiracy theory. 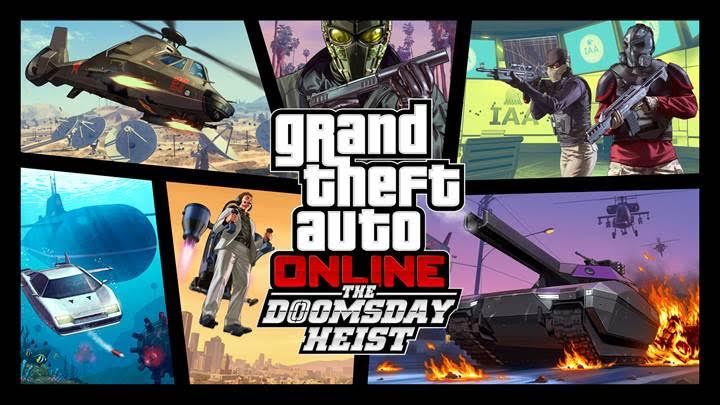 The update also features new vehicles including the Avenger mobile operations command, new military vehicles like the Barrage armoured 4x4 and Akula chopper, new versions of the pump action shotgun, bullpup and marksman rifle, and the usual round of clothing and tattoos.

We're in the process of collecting all the new cars, gear, prices, hardware and rewards here. Oh, and look at that - there's a Red Dead Redemption 2 Easter egg included.

Special additions to the Doomsday Heist including the Impote Deluxo flying car and Thruster jetpacks, a new tank that can be upgraded with a railgun, and the Volvatol bomber.

Get ready for the long-awaited madness of the Mammoth Thruster personal jetpack.

Coming next week as part of GTA ONLINE: THE DOOMSDAY HEIST pic.twitter.com/U4UU8ZyWJa

There’s a new tank in town. The Khanjali can be upgraded with a Rail Gun cannon. pic.twitter.com/T2nw2sxtn5

The Doomsday Heist DLC is free and available on PC, Xbox One and PS4.