Going Medieval takes place in an alternate-history 14th century Britain where 95% of the population has died of plague. If that sounds a bit too grim and/or near the knuckle right now, it's not as gloomy as it sounds: this game focuses on the survivors and their attempts to rebuild.

So, Going Medieval is a hopeful(ish) city builder rather than a bleak survival sim. However, given the time and place in which it's set, survival is still an issue: problems like how to keep food fresh during the heat of summer can be a matter of life or death for your population.

This is where underground storage comes in: with the invention of home refrigerators 500 years and change away, sticking everything perishable in a cool cellar makes for a surprisingly good substitute in the meantime.

How to dig an underground storage space in Going Medieval

Select the pickaxe icon from the tools panel in the bottom right corner of the screen. Click and drag with RMB to mark out the area where you want your storage space to go.

Building work isn't completed automatically in Going Medieval, but your villagers should make their way over and begin digging when they're available. 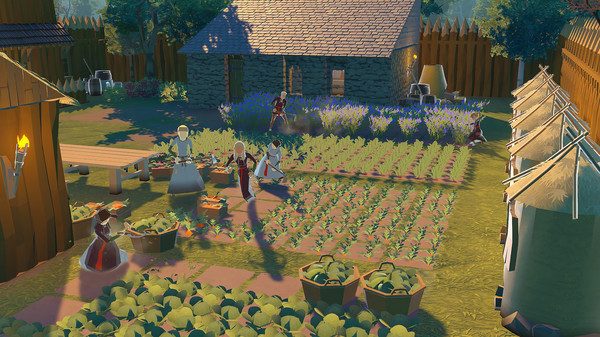 All underground storage is better than just leaving food to rot, but things get cooler the further down you dig. If you want to literally and figuratively take your storage solutions to the next level, consider digging down in the same footprint again. Just make sure to create staircases and leave walkways at every level so that your people can access the storage areas.

How to complete the stockpile building in Going Medieval

Digging a nice chilly underground pit to put all your food in is a good start, but before you can stock it, you'll need a little more infrastructure to truly protect your supplies from the elements.

At ground level, direct your villagers to build a wall completely surrounding the underground storage area. Cover it all with a roof and don't forget to add a door so that your people can actually get in and out. For maximum space-saving efficiency, place the door right at the head of the stairs. 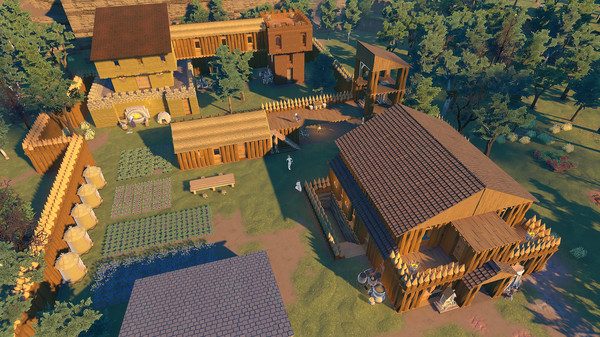 Finally, hit F7 or select the zoning tool from the panel in the bottom left of the screen. You're given the choice to zone your storage area as one of three different stockpiles: default (general), dumping (waste), or warfare (armory). For storing food, you just need to select the default type.

You can edit stockpile contents in more detail once they're assigned, so be sure to disallow food storage for any other default stockpiles you might have. You could also consider disallowing non-food stocks in your underground storage, just to ensure the right stocks get priority. This will ensure all food goes to the underground stockpile, giving it a longer shelf-life during hot weather.