A God of War: Ascension single-player demo will be made available in February, Sony has announced. The firm called it a "full-fledged single player demo," so hopefully it will last quite while. Details on the demo will be announced "in the coming weeks." You can get a 38 second look at the portion you'll be playing via the teaser trailer posted yesterday. Meanwhile, the PS Blog has also posted a look at the final contents of the Collector's Edition for the game. You can have a look at it below or through the link. Game's out on PS3 in March. 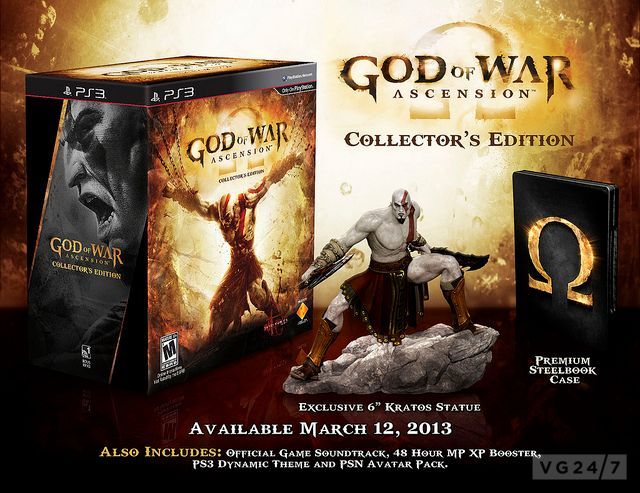