A Humble Choice Premium membership is now available at 40 per cent off until the end of July. This discount drops the price from the usual $19.99 per month to just $12.99.

Also, even though the price is locked in at $12.99 for a year, you can choose to cancel your membership at any time. You will forfeit the discount, though, and will have to pay full price if you want to sign up again. 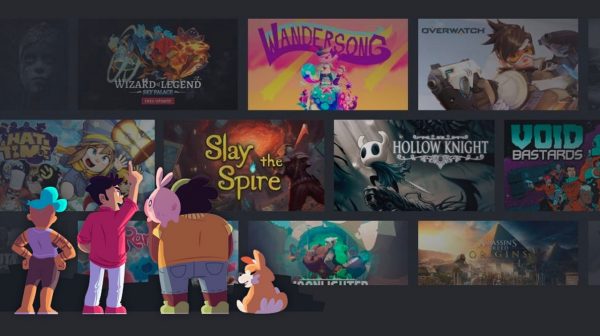 Not heard of Humble Choice before? Well, it’s the monthly PC gaming subscription service from purveyors of cheap game bundles, Humble. It was known as Humble Monthly in its first iteration, but the service was rejigged at the end of 2019 to a slightly different model. Now, instead of receiving a bunch of mystery games each month, you get to choose between a handful of titles depending on your subscription level.

At the Premium level – which is what this offer applies to – you can add nine games to your library each month that are yours to keep forever. Other benefits include access to a rolling library of free games in the Humble Trove and a 20 per cent off discount for all purchases at the Humble Store. You can use that right away on the Tomb Raider franchise sale that's currently underway on the Humble Store, for example.

Dip into the past and you'll see the likes of Hellblade: Senua’s Sacrifice, XCOM 2, Hitman 2 and Shadow of the Tomb Raider have been offered up as well. Is it worth the money? That depends. The quality can absolutely vary, but at just $13 for nine games each month you can't feel too hard done by. It definitely has bargain potential!

Humble Choice Premium is 40 per cent off until the end of July.