The Witcher 3 postage stamp will have a limited print run in Poland this month. Expect it to sell out. 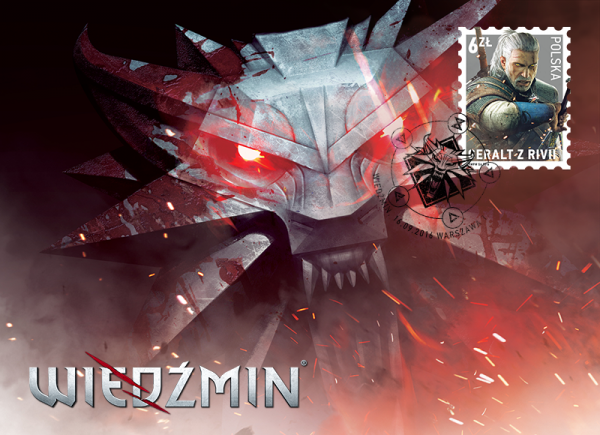 The Witcher 3 might just be a video game to most players - a hugely successful one - but it's much more significant in its native Poland. The original fantasy novels by Andrzej Sapkowski are a cultural phenomenon on par with Lord of the Rings or Harry Potter, one its citizens are immensely proud of. That's why Poland is memorializing Geralt's Witcher 3 likeness with a commemorative stamp which goes into circulation this month.

As announced by CD Projekt RED, Geralt will appear on a new stamp produced by Poczta Polska, Poland's biggest postal operator. It will consist of a limited 180,000 print run starting September 16, 2016.

Stamps aren't the only way Poland shows its appreciate for The Witcher. Back in 2011, prime minister Donald Tusk offered The Witcher 2 to President Barack Obama as a gift. It's not clear whether Obama played it in full, but he appreciated it enough to name-drop the series while visiting Poland three years later. (Personally, I like to imagine Obama appreciated the graphics, but got stuck on that brutal opening tutorial.)

Speaking of Witcher-themed releases, The Witcher 3's Game of the Year edition came out last month, compiling all expansions and DLC for PC, PlayStation 4, and Xbox One platforms.