The start of the sunny season brings a brand-new area to Genshin Impact in the Midsummer Island Adventure.

Throughout the event The Traveller and friends will be able to visit an idyllic paradise to complete story quests, play mini-games, and collect exciting loot.

However, there are a few things you need to do first before you can join the fun. So here’s how to start the Genshin Impact Midsummer Island Adventure.

How to start Midsummer Island Adventure in Genshin Impact

First things first, to start the Genshin Impact Midsummer Island Adventure you need to download the latest version of the game, 1.6.

It’s a chunky file for meagre connections like mine - on PS5 it was more than 13GB - so plan your time and hard drive space accordingly.

Next, once you jump into the game, according to the patch notes, you need to have completed two of Genshin Impact’s main story quests:

So basically, to access the Midsummer Island Adventure, you need to have beaten Stormterror in Mondstadt as well as completed a few side characters' story arcs. 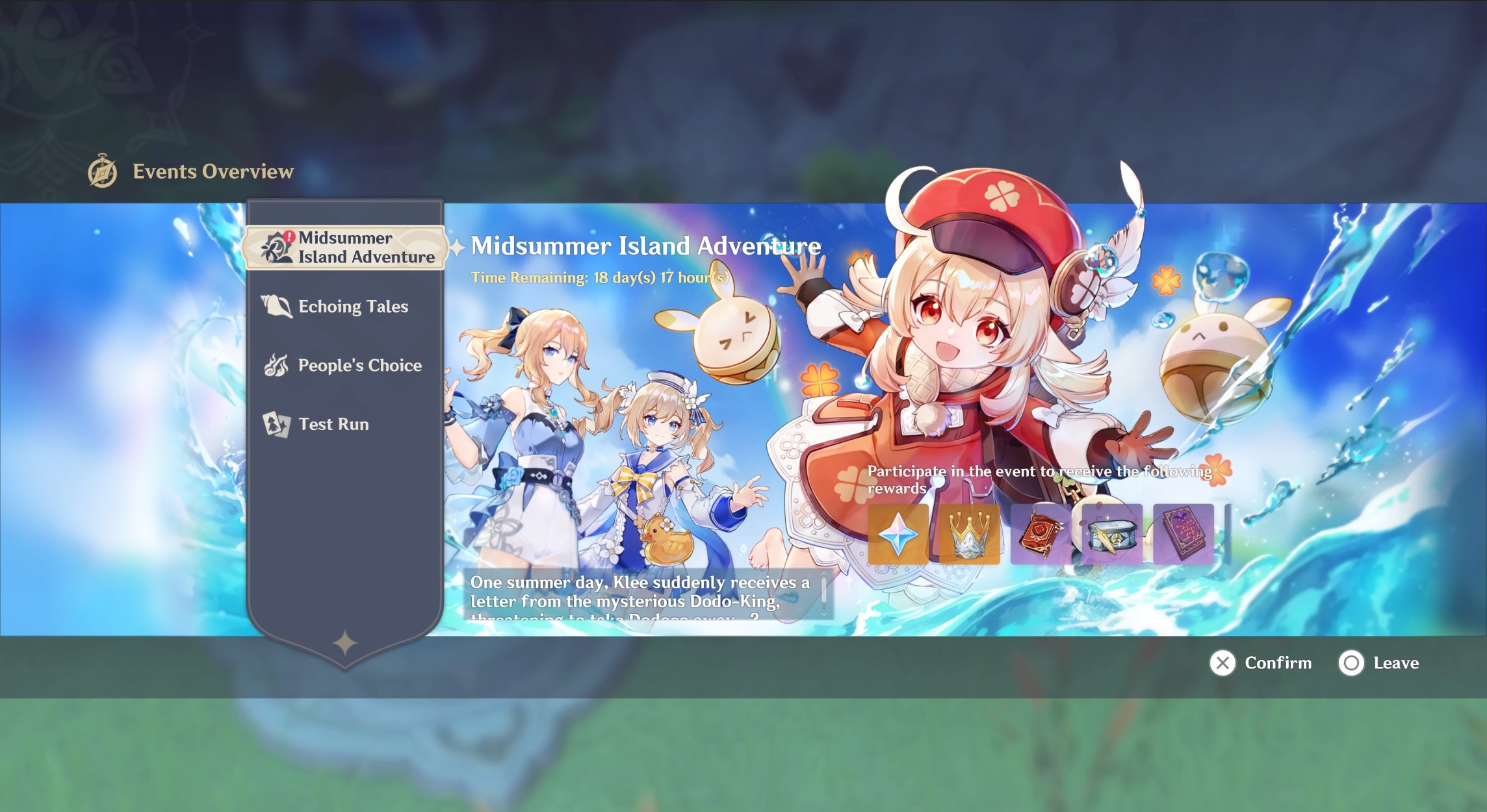 With those requirements met, Klee should show up with a mysterious letter detailing some unexplored and uncharted islands out to sea.

Too tantalizing a prospect to miss out on, The Traveller and their party set out to see what secrets lie in wait.

However, although Genshin Impact doesn’t do a great job of telling you this, True Treasure has a few prerequisites of its own. 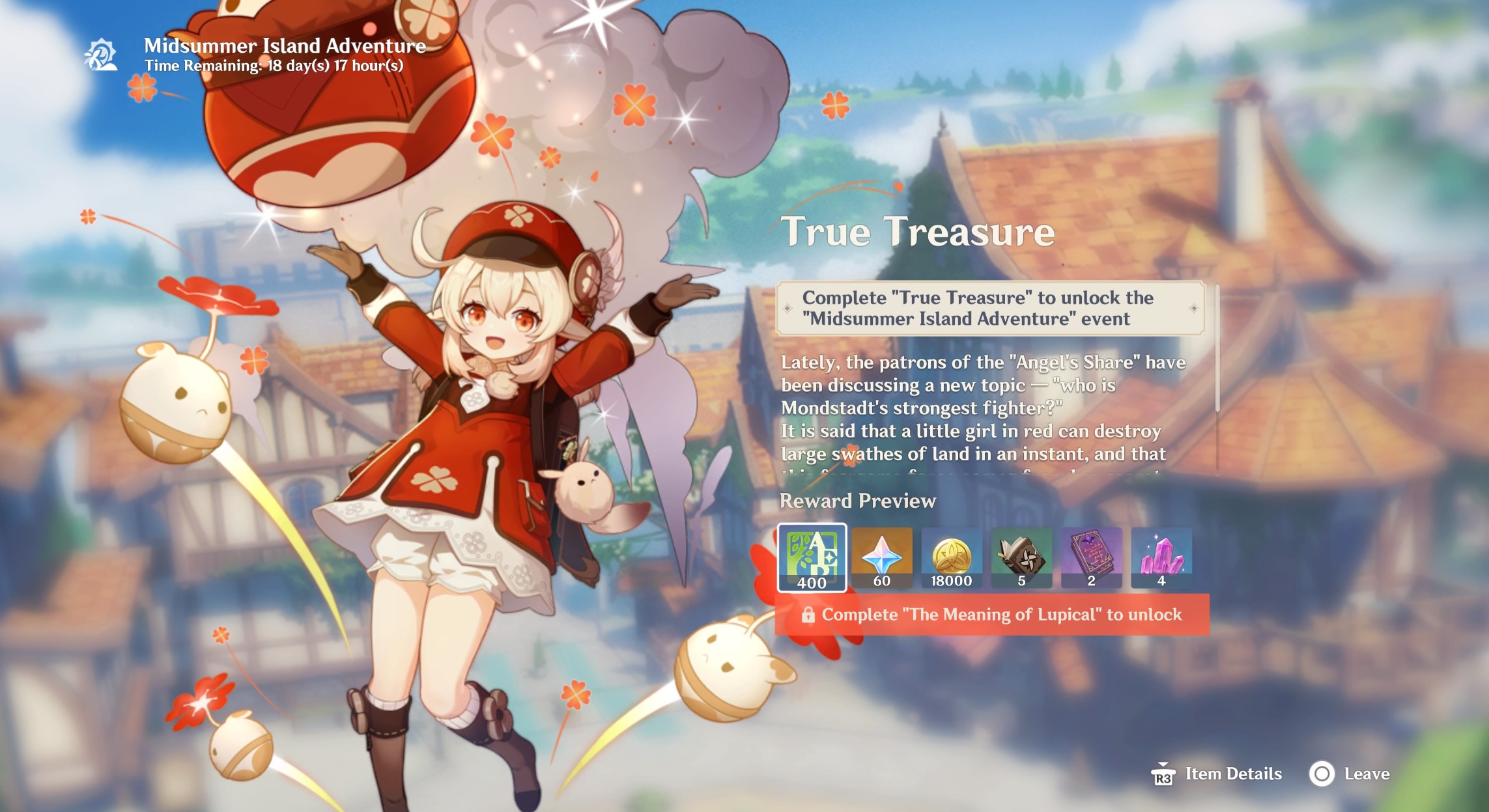 To unlock the True Treasure quest, you must also have completed Amber’s Wind, Courage, and Wings arc, as well as the Lupus Minor chapter, The Meaning of Lupical.

Where to find The Meaning of Lupical quest in Genshin Impact

To unlock the Meaning of Lupical as it says in the event information for the Midsummer Island Adventure, you first need to have completed Amber’s story quest, Wind, Courage and Wings. 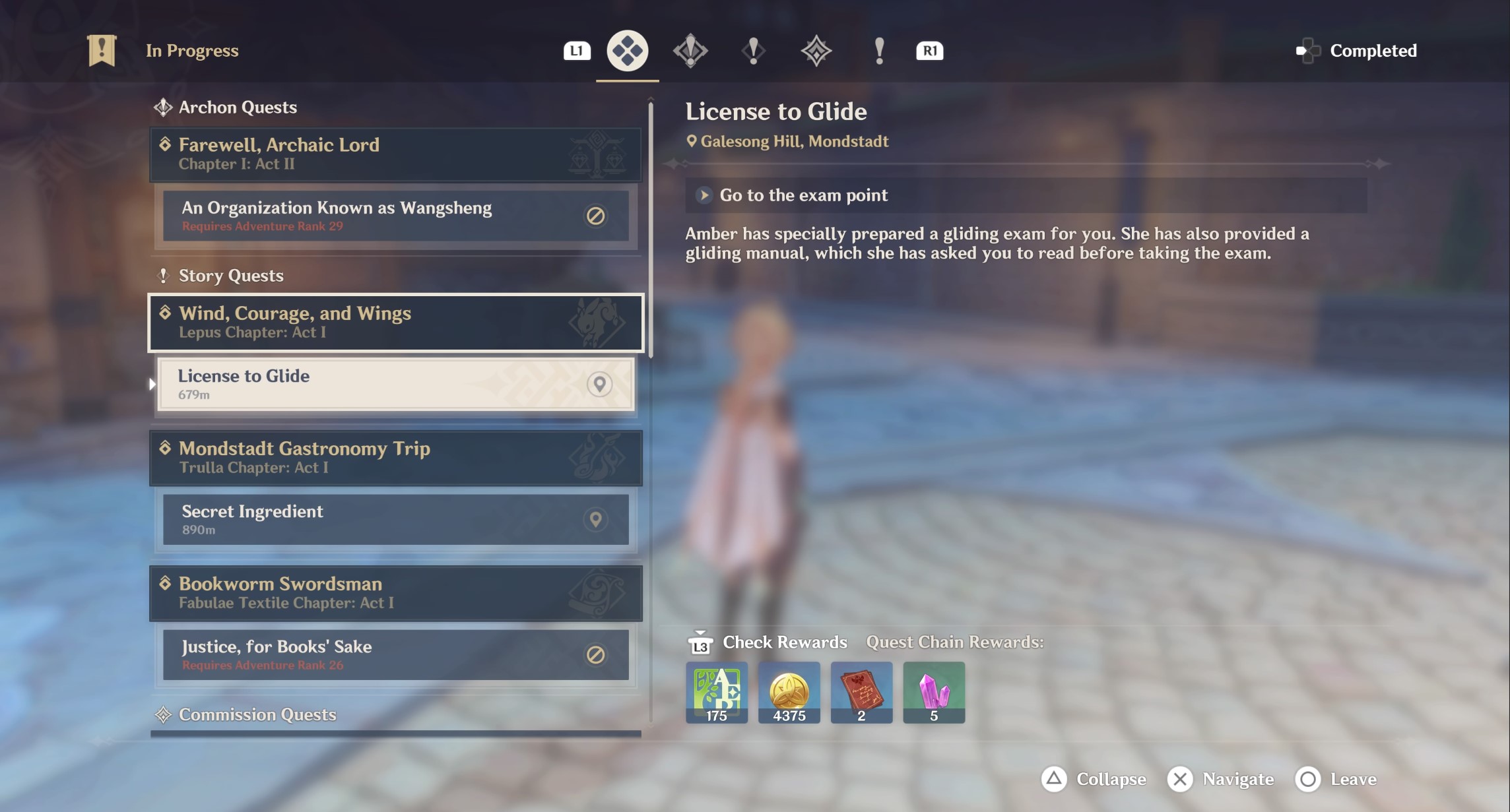 This is the set of missions where Amber teaches you how to glide and get a gliding licence at the start of the game. Most players should have this unlocked as part of the main story, but since it looks like a tutorial, not everyone completes it.

Check your quest log, then progress through the simple steps, eventually completing a dungeon. 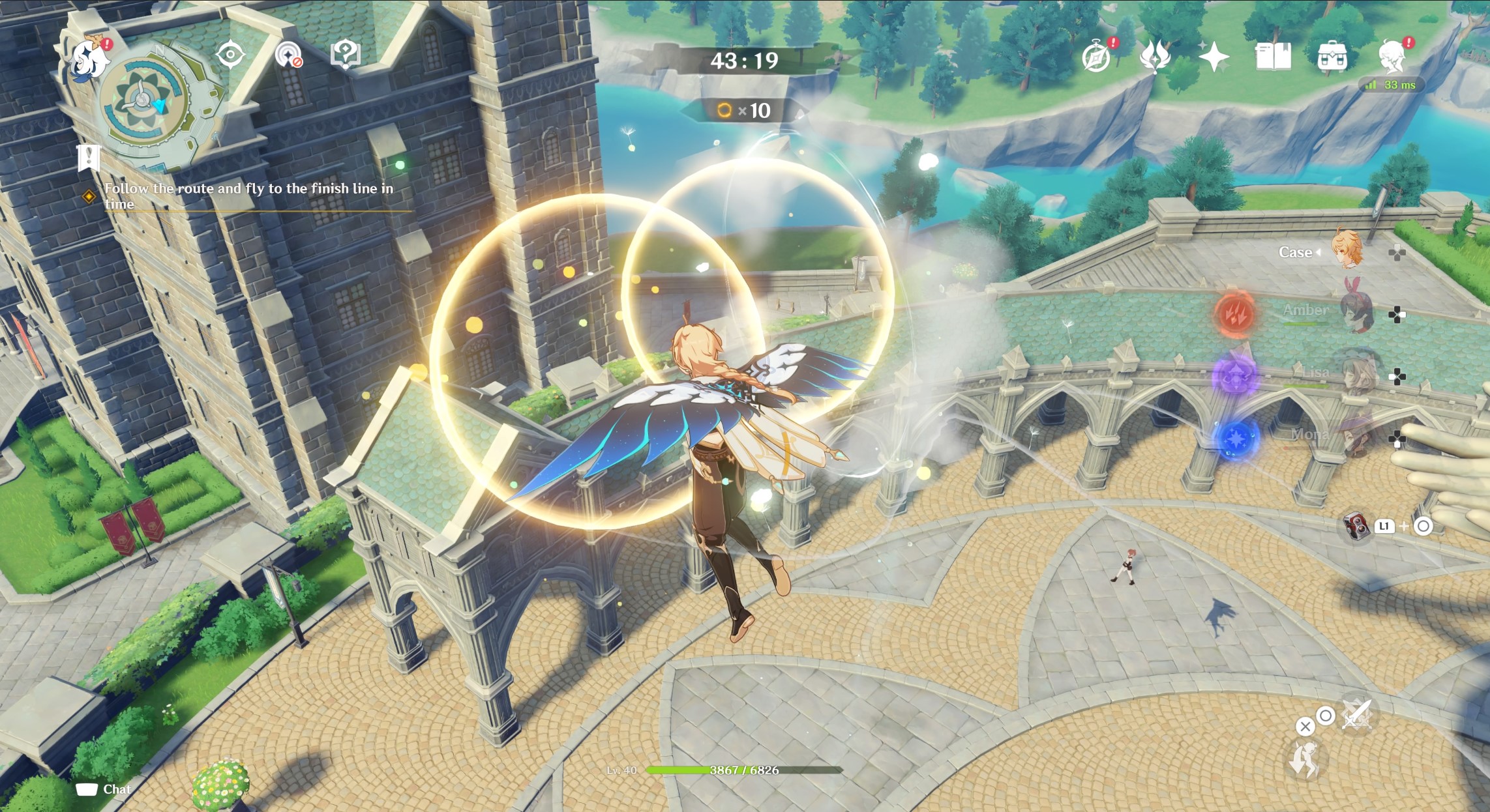 Upon completion of Act 1 of Wind, Courage, and Wings, The Meaning of Lupical quest will automatically unlock. 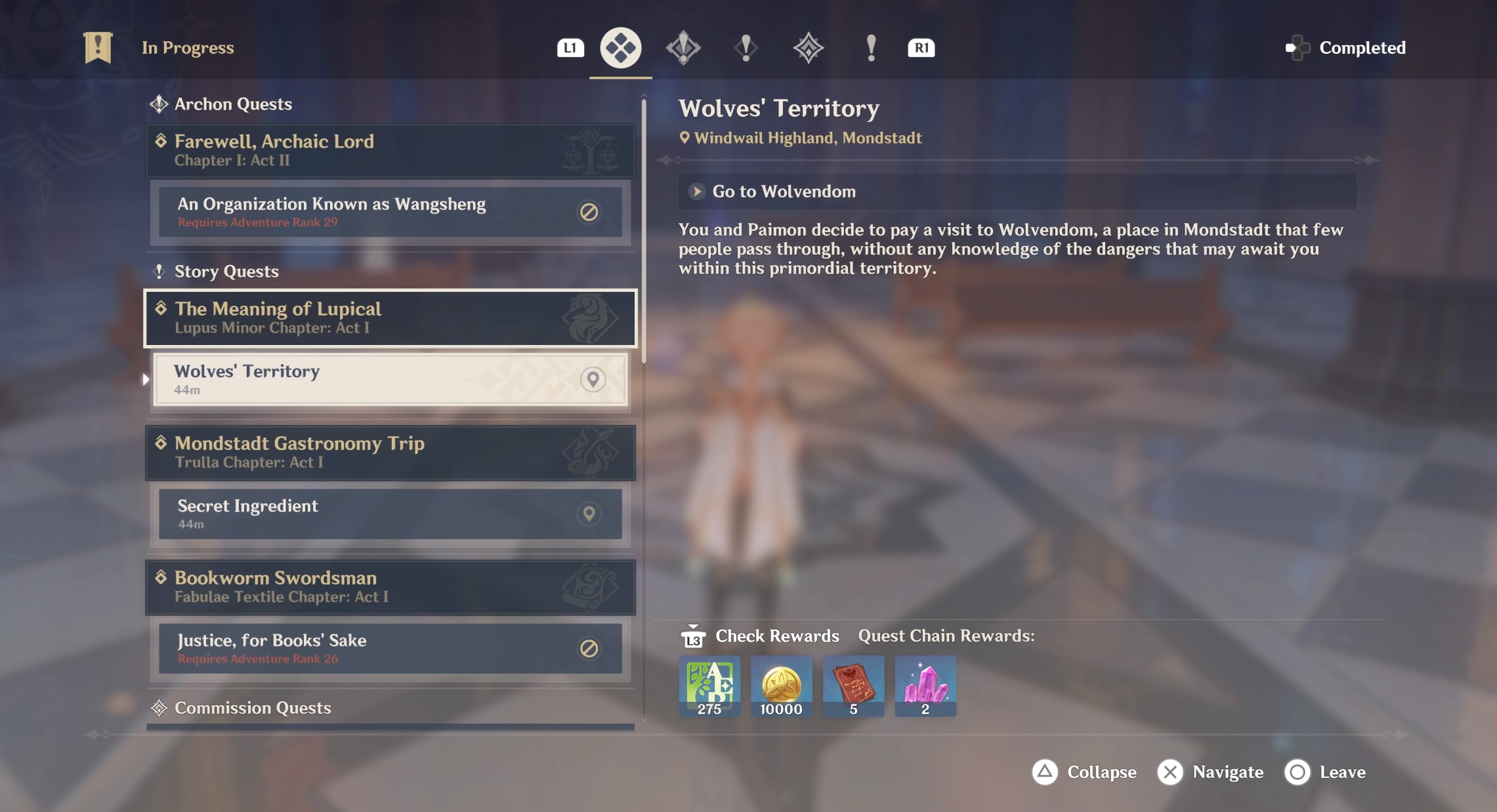 The quest marker is just outside Mondstadt in Wolvendom. 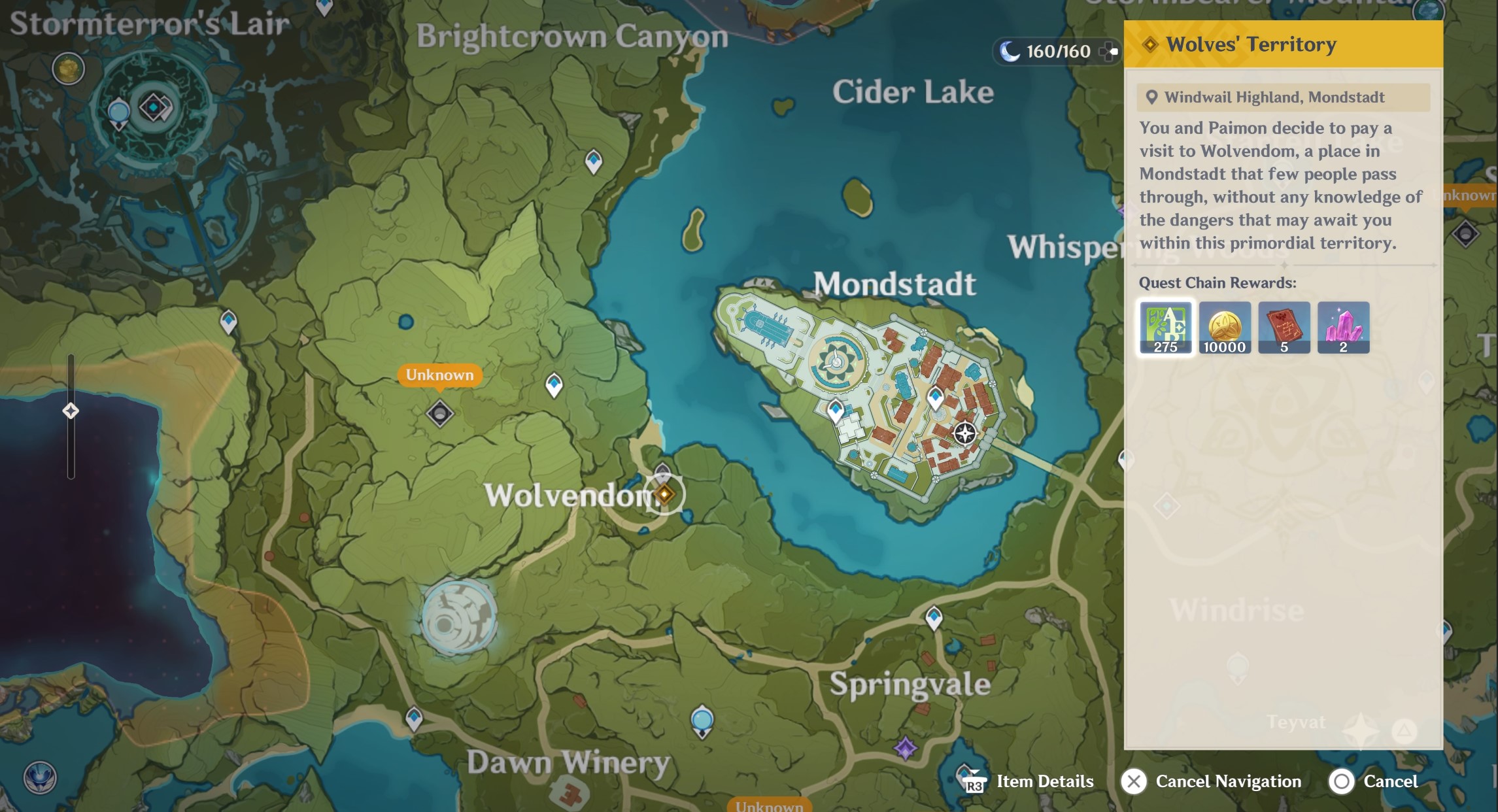 Where to find the True Treasure quest in Genshin Impact

The True Treasure quest used to have a much higher requirement of Adventure Rank 31, but it’s been lowered to allow more players access to the Midsummer Island Adventure event.

You can now complete True Treasure at Adventure Rank 21.

Like before, True Treasure will unlock upon completion of The Meaning of Lupical arc - which as we said, unlocks after you complete Amber's Wind, Courage, and Wings arc. Then you’ll get a quest marker to meet some friends at Diluc’s tavern in Mondstadt.

When you’ve finished this series of quests, you’ll be able to move onto the new Midsummer Adventure.

For more F2P RPG action, check out these Genshin Impact Codes you can enter for free Primogems.