Completing them all involves delving into Inazuma’s lore and, on a more practical level, rewards you with a new forge blueprint among other things. It's a long haul, but we've broken down every subquest involved and how to complete the puzzles.

The first part of the questline takes you to Konda Village, where you’ll meet Kazari the shrine maiden. Follow this quest through to break the first barrier and unlock the next line of quests.

It’s a lengthy quest, but we’ve outlined everything involved in our Strange Story in Konda Well quest guide.

The second part requires much more from you, including several smaller quests and quite a bit of travel. You’ll also gain a new item needed to finish the remaining quests.

Speak to Kazari after completing Sacrificial Offering to begin the third portion of Sacred Sakura Cleansing. 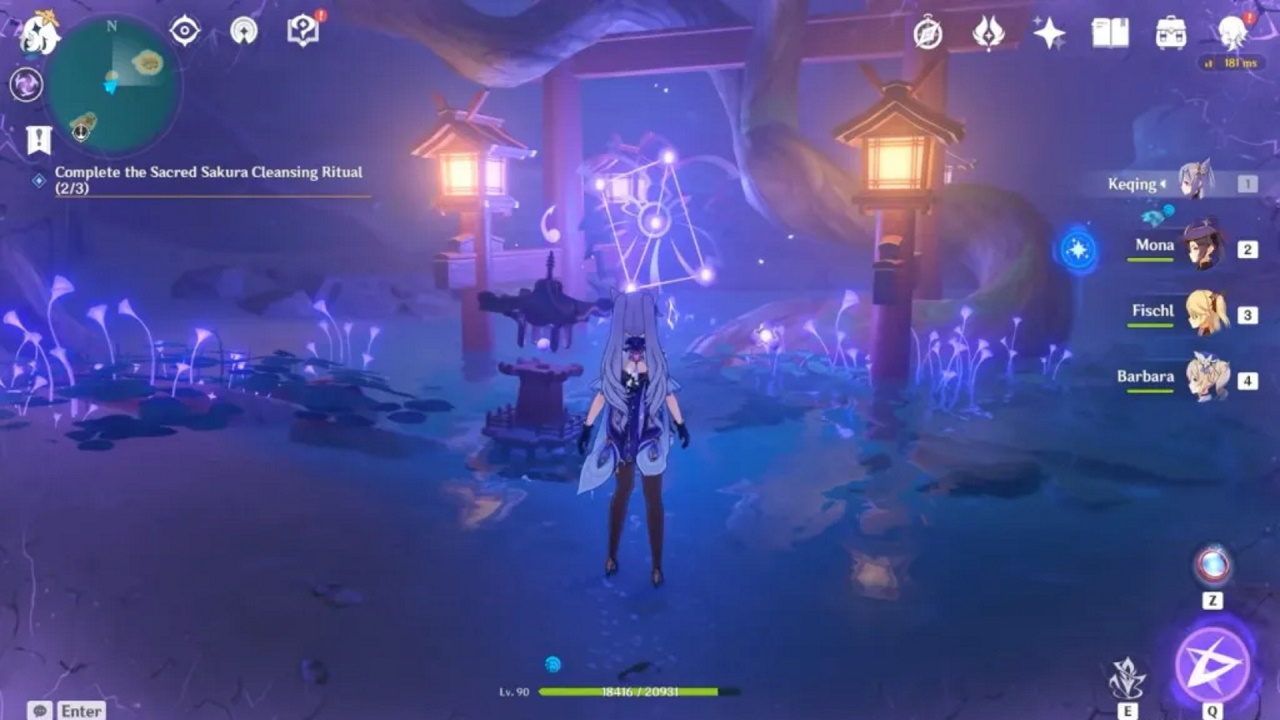 Cleansing Defilement sees you destroy three more barriers, one in the Araumi region, one in Chinju Forest, and another near the Kamisato Estate. All these except the Kamisato Estate barrier have additional quests associated with them. We’ve outlined everything involved with each, including how to unlock Empty Boat of a Thousand Gates

The final part of the quest takes you to Mt. Yougou to peform one last ritual. This one's a bit different since it involves a tough boss fight and three consecutive cleansing puzzles. Our Mt Yougou Cleansing and Miasmic Tumor guide has the answers to all three.

Once you defeat the tumor, speak with Kazari one more time to finally wrap up the Sacred Sakura Cleansing quest. Among your rewards is a mask item that teaches you the blueprint for one of the Genshin Impact 2.0 update weapons.

Now you’ve finished this massive quest, unwind a bit and farm some Sakura Bloom and Naku Weed to help power up Ayaka and Yoimiya.