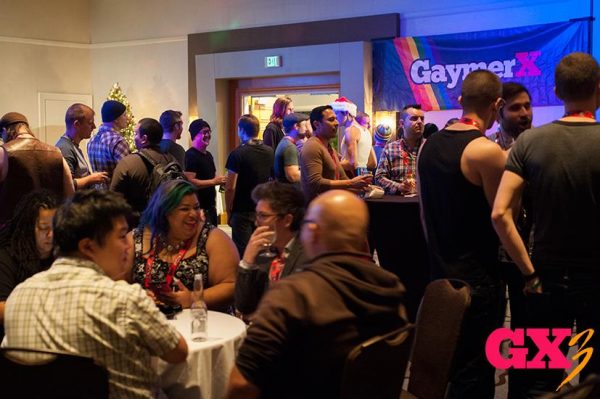 GaymerX organisers have announced that the inclusive, LGBTQ-focused convention is coming back this year. Simply called GaymerX4, this year's show will take place at the Hyatt Regency in Santa Clara, California September 30 - October 2.

GaymerX brings a mix of developer talks/panels and game demos of various genres, including card and tabletop games. MAGFest arcade is part of the show this year as well, bringing a host of arcade games to attendees for free.

Over 100 speakers have been confirmed so far. Names include David Gaider (BioWare), Dave Fennoy (The Walking Dead), Karin Weekes (BioWare), Tim Cain (Obsidian), and many more. Ablegamers' Mark Barlet will also be at the show, hosting the Accessibility in Gaming talk.

Tickets are available now through here. You have the choice between a three-day pass, a VIP pass, and a Boss Level Donor. The basic pass includes a three-day all-access for $65.

The VIP is priced $145 and comes with a free t-shirt, a dedicated badge/line, a goodie bag, and access to the Thursday Night Boss party (with two drink tickets).

Finally, the Boss Level Donor pass will run you back $500, and comes with a metal donor bade, access to an exclusive lounge, and a special lunch with founders and other Bosses. This option is for those who wish to further support the show beyond what the basic tickets offer. Backers will have their names appear on the website and in the hall of fame on the back of the program.

You can find out more about GaymerX at the official site. As always, the showfloor is open to anyone, regardless of their sexual orientation, marginalised people are especially welcome.