Forza Motorsport 5 is a technical marvel on Xbox One. While it makes the console sing, VG247's Dave Cook feels that the on-disc content feels worryingly threadbare. The Drivatar mechanic also has some convincing to do. 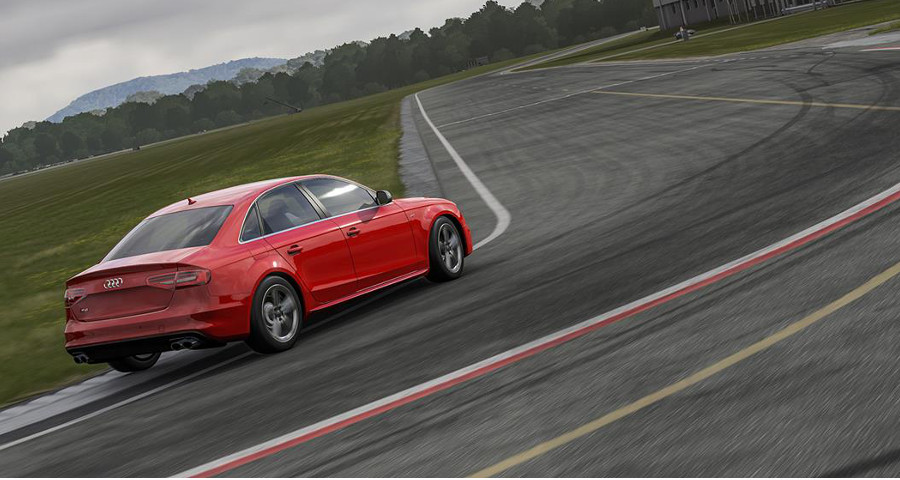 Xbox One console review round up

There's no denying that Forza Motorsport 5 is an impressive game to look at. It's Xbox One's poster child, make no mistake. It's the kind of game that comfortably fits all the hallmarks of a solid launch title. There's less dynamic clutter threatening the frame-rate, realistic car models never fail to impress, and there's enough technical wizardry going on to generate press hype in the run up to launch. Turn10 has ticked all those boxes, but in the rush to turn in its next-gen term paper, has left a few of them unchecked.

Every nick and impurity embedded within the road's surface is tangibly felt through the Xbox One controller's many rumble motors. The device will judder and growl in your hands responsively, while the accelerator trigger kicks back with each change of the gears. As you vehicle reaches top speed the feedback will grow in severity as the screen lurches forward, throwing your brain into a state of tension as you and your closest rival hurtle towards the finish line.

If you want to talk tech, then Turn10 has only cemented its mastery of all things racing in Forza 5. The handling is simply wonderful, and changes noticeably between cars. Rear wheel drives are as unruly as ever when in less-versed hands, while rally cars benefit from increased tolerance when braking round turns. You'll feel it in the visuals, you'll feel it in your hands, and you'll feel it in your gut. It's an engrossing experience that I'm sure car fans will really appreciate, but if you look beyond the sheen and hardware you'll start so see a few chips in the paintwork.

The entire career mode is unlocked from the start, which means your only limiter is the currency needed to buy qualified cars for each class. There are eight leagues covering such disciplines as vintage cars, exotic builds and specialised models. Within each of these there are sub-categories that house tournaments and individual events. You'll need to buy specific classes of cars to be eligible for these events, and this is where Forza 5's first real issue comes into play. There are only 14 tracks on offer, so given how expensive many of the higher-tier cars can be, you should expect to become overly-familiar with those circuits really fast. 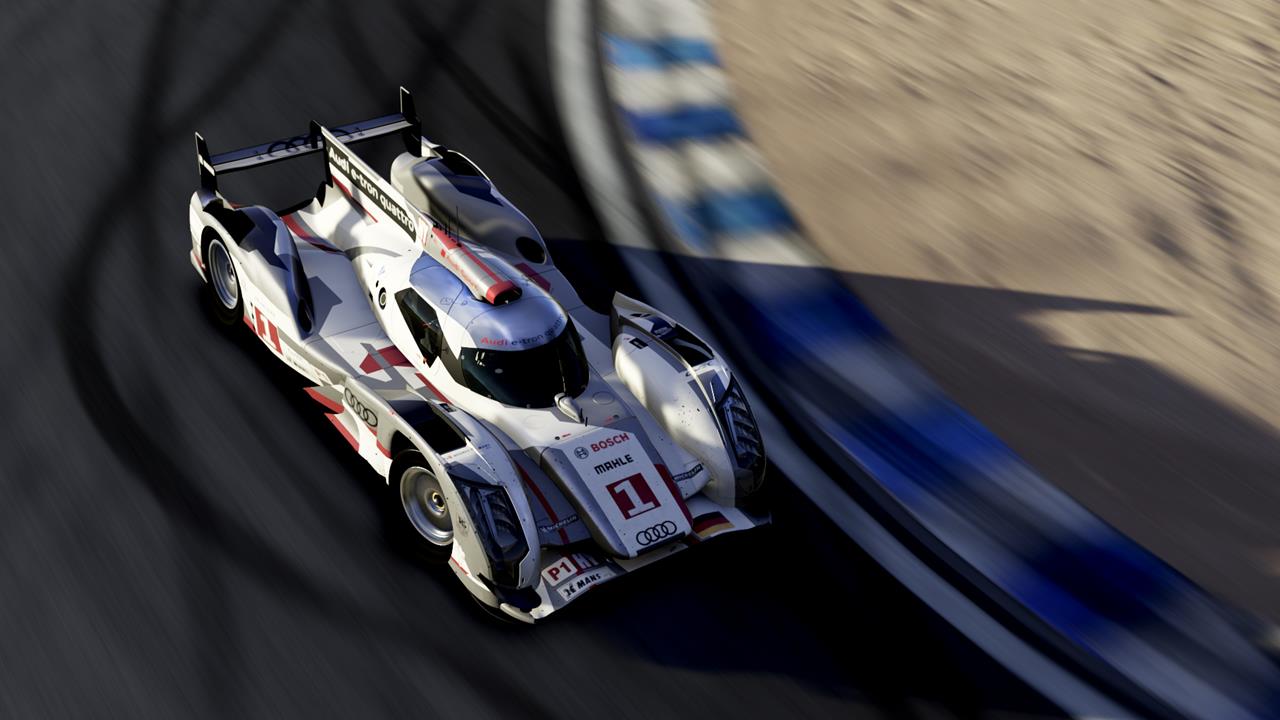 You'll grind them often, and while different rule types such as standard racing, overtake challenges and others go some what to diversify the experience, your mind really will start to run laps as you stare down another eight-race tourney spread over those same locales. You have to do this in order to progress, unless of course you want to just buy event-worthy cars with real currency. In Forza 5, you can buy cars with CR credits won in-game, or by using TK tokens that are bought via microtransactions.

You're gifted 100 of these tokens to start with, but many cars cost around 90 TK alone. This option is branded as a convenience booster, but really, I can see people 'buying-in' to a new car class just to avoid repeating the same tracks over and over. There's also an option to buy XP boosters to speed up your levelling for 30 minutes for 75 TK, 60 minutes for 120 TK or two hours for 200 TK. I just get an uneasy feeling that monetisation was firmly in Turn10's mind when it devised its progression mechanic. Sure, no-one's forcing you to buy these things with real cash, but again, I just hope you like repetition.

This issue recedes slightly when you get out onto the track, and what few environments there are really do make for some tense racing experiences. Belgium track Spa is the highlight with its brutal hairpin turns, while the long straights of Australian circuit Bathurst make for some stressful jostling between motors. They look and feel impeccable, and thanks to the new Drivatar system you can be sure that no two events will play out exactly the same. I like the concept of this cloud-based opponent system, but I'm not entirely convinced by it just yet.

It's abundantly clear that your opponents aren't following an AI-led racing line. Instead, they're digital representations of other real racers out there in the world. They get their behavioural traits from their owners, which are stored on the cloud. It means that when your console is off, your Drivatar is still out there in the world, running races and taking on other real players. It's an ingenious concept that sees your rivals making 'human' errors, fighting aggressively in packs and nipping at your heels menacingly. However, it seems that the system is prone to picking up a few bad habits as well. 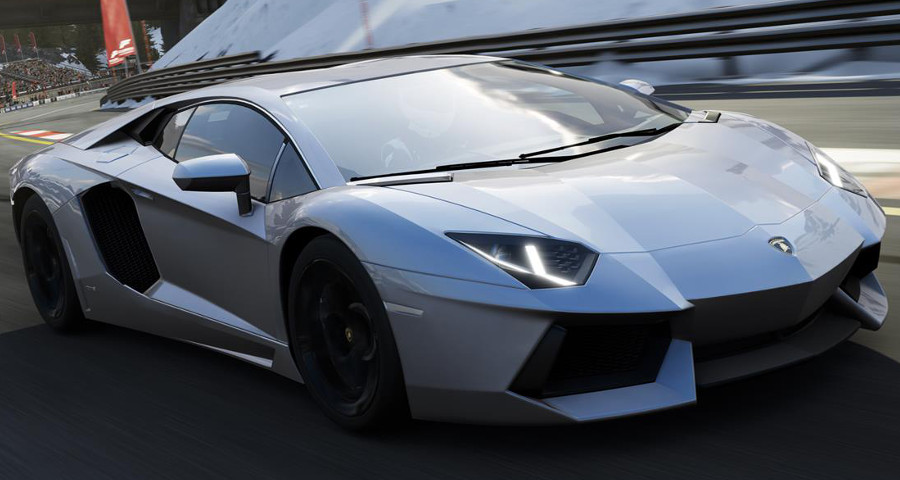 All too often I've been cut-off going round turns, shunted, rammed mercilessly when bunched up, and I've seen several examples of racers cutting corners. I play racing games offline to avoid people making dick moves, but now they're in the solo career, always threatening to sully your experience. I have to make clear that this doesn't happen in every single event, but I've had to use the game's rewind feature to re-do some turns where I was hammered by other cars without warning. It's a system that adapts, learns and grows, so I'm sure that over time it will right itself. For now though, just be wary of who you're racing with.

I can see this game getting a ton of DLC from this point. There's already a season pass model in play, so I look forward to the track roster being expanded significantly to reduce that sense of grind, but even then you'll have to pay for the new content as it comes. I feel that if you're playing Forza 5 online with other humans the sparseness of tracks won't matter too much, given the dynamism of online play, but as I prefer racing campaigns, there's a real danger I'll never see the end of it due to boredom.

If you're serious about racing and you're thinking about picking up an Xbox One then yes, this game is a must-have. There are visual techniques and displays of ability in Forza 5 that will make you proud to show your new console off to friends. Microsoft has its golden carrot for all of those who crave their gaming experiences in 1080p at 60 frames. The question is, are you willing to bite?

Disclosure: To assist in writing this piece, Microsoft sent Dave an Xbox One console with a copy of Forza Motorsport 5.