Fortnite is a beast of Epic proportions. See what I did there?

SuperData has published its digital games report for March, and Fortnite had quite a month.

The game is now the largest free-to-play console game of all time, in revenue generated and monthly active users per SuperData.

For the month of March, Fortnite generated $223 million across all platforms (console, PC, mobile), up 73% from February. Season 3 of Battle Pass, Drake, and the John Wick skin all "contributed to the massive growth," said SuperData.

The game bested PUBG in both revenue and monthly active users across all platforms. It also saw the "highest conversion rate" of any free-to-play PC game during the month. For the entire month of March, Fortnite: Battle Royal came in fifth on the free-to-play PC chart.

It is also still the number one selling game on iOS in the US. 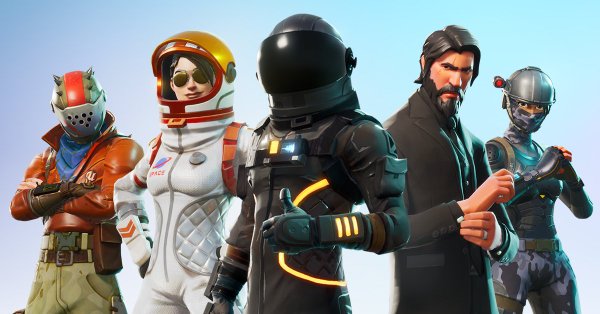 Ubisoft's Far Cry 5 sold an estimated 2.5 million digital units across console and PC for the month of March. On console, the game's digital launch was up approximately 500% compared to Far Cry Primal in 2015. It was the second best-selling digital title on consoles, following Fortnite at number one.

"This points to not only the underlying health of the Far Cry series, but also to growing digital download rates for AAA console games in 2018," said SuperData.

Elsewhere in the report, SuperData noted Sea of Thieves had 1.7 million monthly active users on consoles and 283,000 on Windows 10 PC. The game was released on March 20, and those numbers are to be commended; however, the analytics firm is unsure how many of those players were using Xbox Game Pass.

"This leaves some unanswered questions concerning the long-term success of the title," reads the report.

Sea of Thieves passed one million players on launch day, and the game had two million players as of March 28. Microsoft said it was the “fastest-selling, first-party new IP” of this generation. The figures reported by Microsoft did not include Game Pass, according to Xbox marketing boss Aaron Greenberg.

The Rare-developed title was the seventh best-selling digital title for the month of March.

In all, worldwide digital spending grew 2% with consumers handing over $8.9 billion globally across all platforms, compared to $8.7 billion year-over-year. 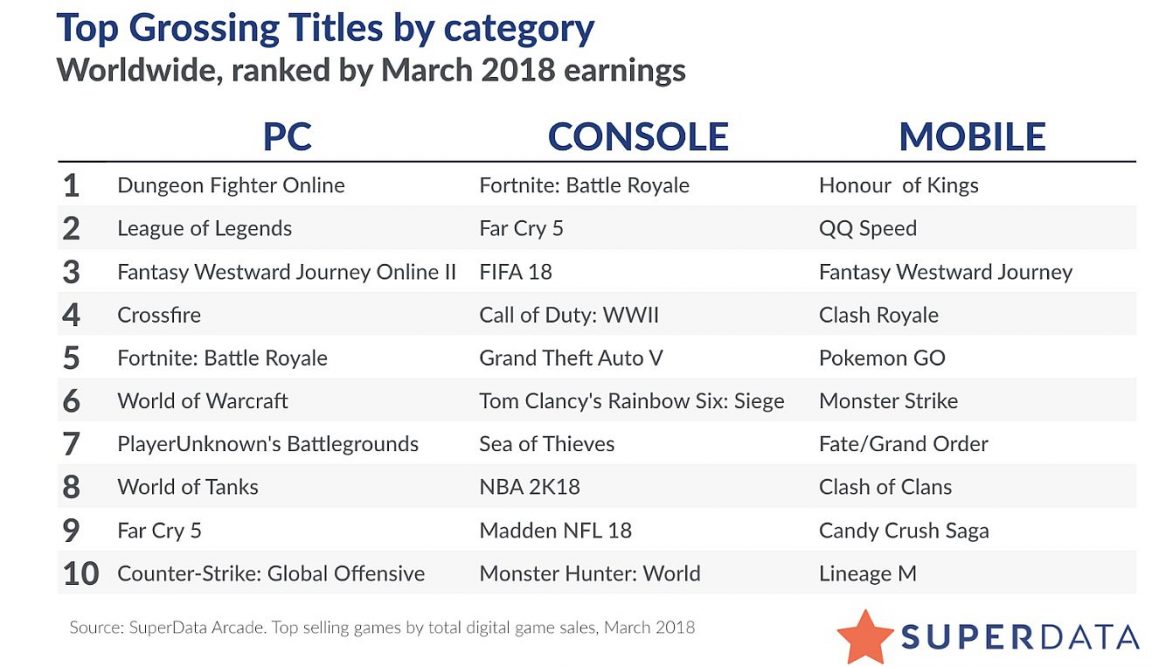