It looks like Fortnite is about to get jetpacks in an upcoming update.

Though Epic has yet to officially announce jetpacks, Fortnite players were treated to an update screen that mentions some of the recent additions like Season 3 Battle Pass.

Among the pictured items was a jetpack, which is interesting because that's the first time we're hearing about it. Most players likely saw this when they logged in last night, as you need to close the window to start playing.

The jetpack shown has a gold background, which is legendary in Fortnite. But this also means that they won't be too easily accessible.

At this point, players are not sure if it's going to be yet another cosmetic item, or if the jetpack is going to have an actual in-game use. Some suggest it could be a more portable version of the jump pad, offering a small boost rather than than the ability to hover.

That said, Fortnite Battle Royale could use a mode of transportation, and jetpacks could act as transport vehicles.

Here's a screenshot of the update screen, via Reddit user xCosmit: 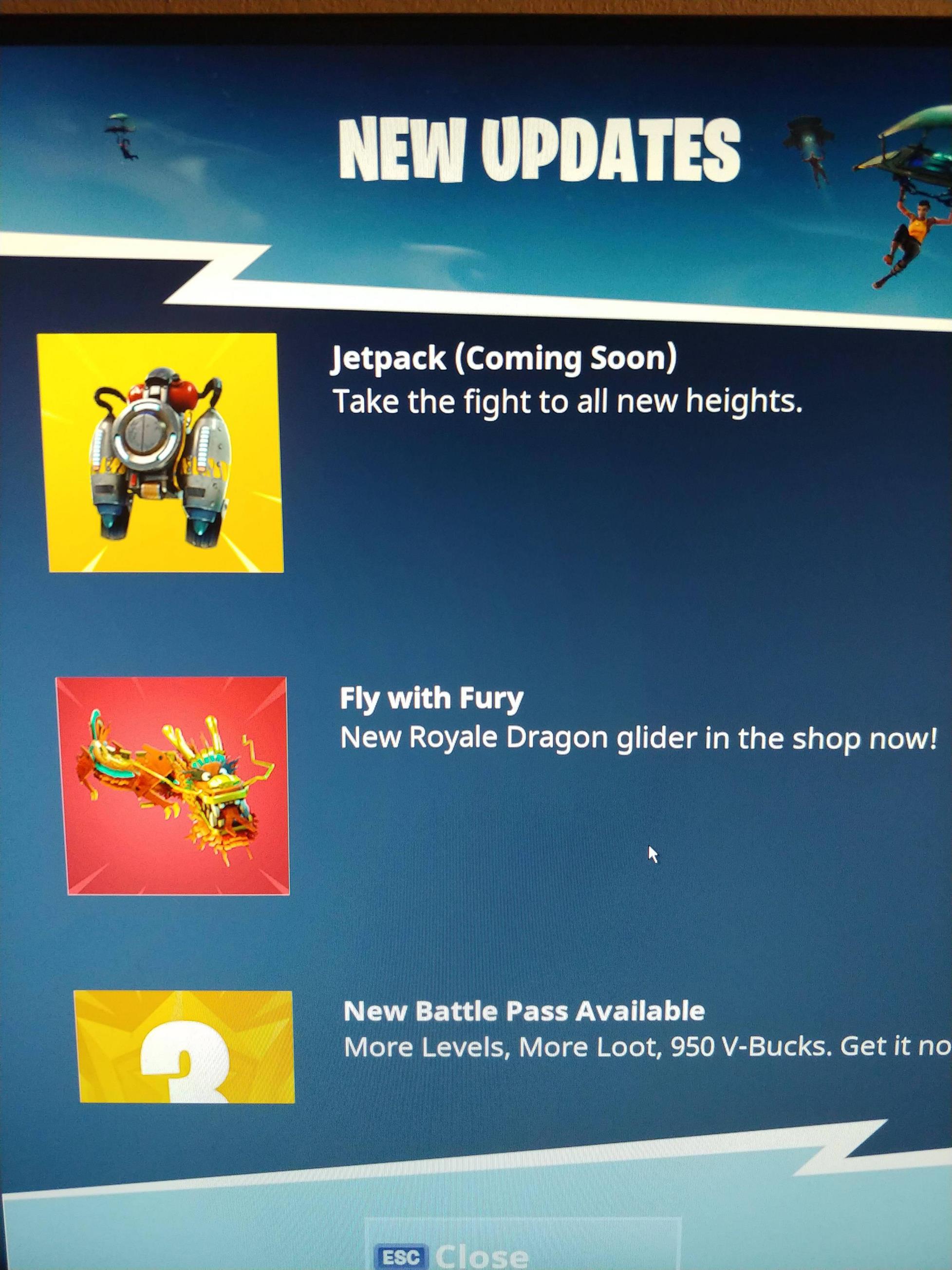