Fortnite Chapter 2: Season 3 has been delayed until mid-June, so let's take a look at everything we know about it so far.

Epic Games announced that it is extending Fortnite Chapter 2: Season 2 beyond its original April 30 end date to the ongoing pandemic.

Worry not, though, as we've been promised "lots of content" for the rest of the current season with multiple updates on the way and there's likely to be new Overtime Challenges to tide you over. Alongside these challenges, you can expect to earn a bunch bonus XP, new skins and a few other surprises. 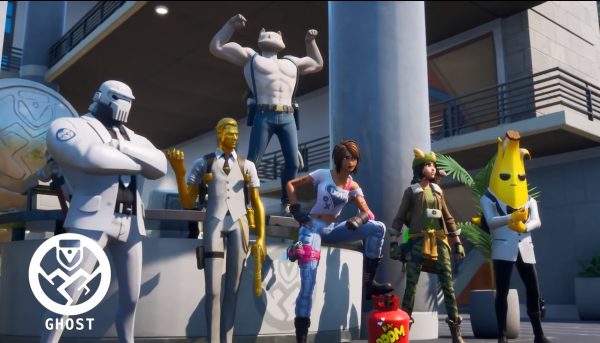 There will be a few hours downtime on June 17 where you can expect to see new Battle Pass and thematic trailers, and there will likely be teasers in the three days before launch, so watch this space for leaks and news.

As always, the rumour mill is churning out some hot takes for what we can expect during Season 3. The blue butterfly showed up again towards the end of the Travis Scott concert, which has prompted rumours that we'll be seeing some named locations from the Chapter 1 map.

If you watched the event where Kevin the Cube exploded back in 2018, you'll remember the blue butterfly, which you can see in the tweet from Lucas7yoshi. It transported us to Leaky Lake and signalled the beginning of the rifts, as the map underwent several big changes throughout 2019.

still don't remember this being this big in run 1 pic.twitter.com/cA1DdCgRNs

Rifts played a central part during Season X when Fortnite disappeared for a few days before the start of Chapter 2. The Visitor and his pals have been rather quiet over the last season, so there's a good chance they'll reappear during the in-game event to end Season 2.

Of course, the butterfly might have just been re-used as a little joke, but we take nothing for granted when it comes to Fortnite easter eggs.

These leaked teasers show Agent Meowscles chilling in his swim trunks and a foreboding looking shark, which hints that we're going to get some dangerous sea creatures in Season 3. There was also a supposed leaked video of a Season 3 trailer that showed the map being totally flooded, along with the rumour that Aquaman would replace Deadpool as the season's mascot.

The Agency is set to turn into a Plaza where you'll be able to change your skin in-game by visiting phonebooths like you can with the Deadpool skin in Season 2 according to a now-deleted post on Reddit. There's also hope that you'll be able to design your own umbrella glider, which leads on well from the heavy theme of customisation in Season 2.

Soe players have spotted Doomsday device and a screen showing things from the old Vault from Chapter 1 so as it stands, it looks like there's going to quite the explosive ending to Season 2. The hatches surrounding The Agency will be opening during the so-called Doomsday event and we'll be underwater for a spell.

There are still a few more weeks to go before more in-game events are announced, so be sure to check back here for more Season 3 updates soon. In the meantime, you can check out our Fortnite Chapter 2: Season 2 guides below, including all the Storm the Agency challenges.

If you're still trying to complete the Midas challenges, you can check out our guide on where to find the golden pipe wrenches and llama head here.

You can check our Henchman challenge guide here, which tells you where to find Henchmen, bosses and how to open ID Scanner doors and chests.

You can also check out our guides on where to find Lockie’s Lighthouse, Apres Ski and Mount Kay, where to find secret passages, Shadow safe houses and how to visit Coral Cove, Stack Shack and Crash Site without swimming in a single match.