The Fortnite Gauntlet is now live, giving you a chance to compete against the very best Fortnite players in the world. For the most part, it's just like the Fortnite you know and love, but we're here to explain some of the more intricate elements, including scoring and Bus Fare.

You can play the Gauntlet Test Event Solo, or in Duos with a partner, with the top 5% of players moving on to the finals which will be held at the weekend. If you manage to place in the top 3%, you'll be able to take part in the Scallywag Weekend Cash Cup.

It’s all well and good getting a cheeky Victory Royale here and there, but the Fortnite Gauntlet Tournament is all about consistency.

To play you compete in regular matches of Fortnite, but with the added objective of trying to score points to add to your running tally. The top 5% of players with the most points around the world progress to the finals this weekend. 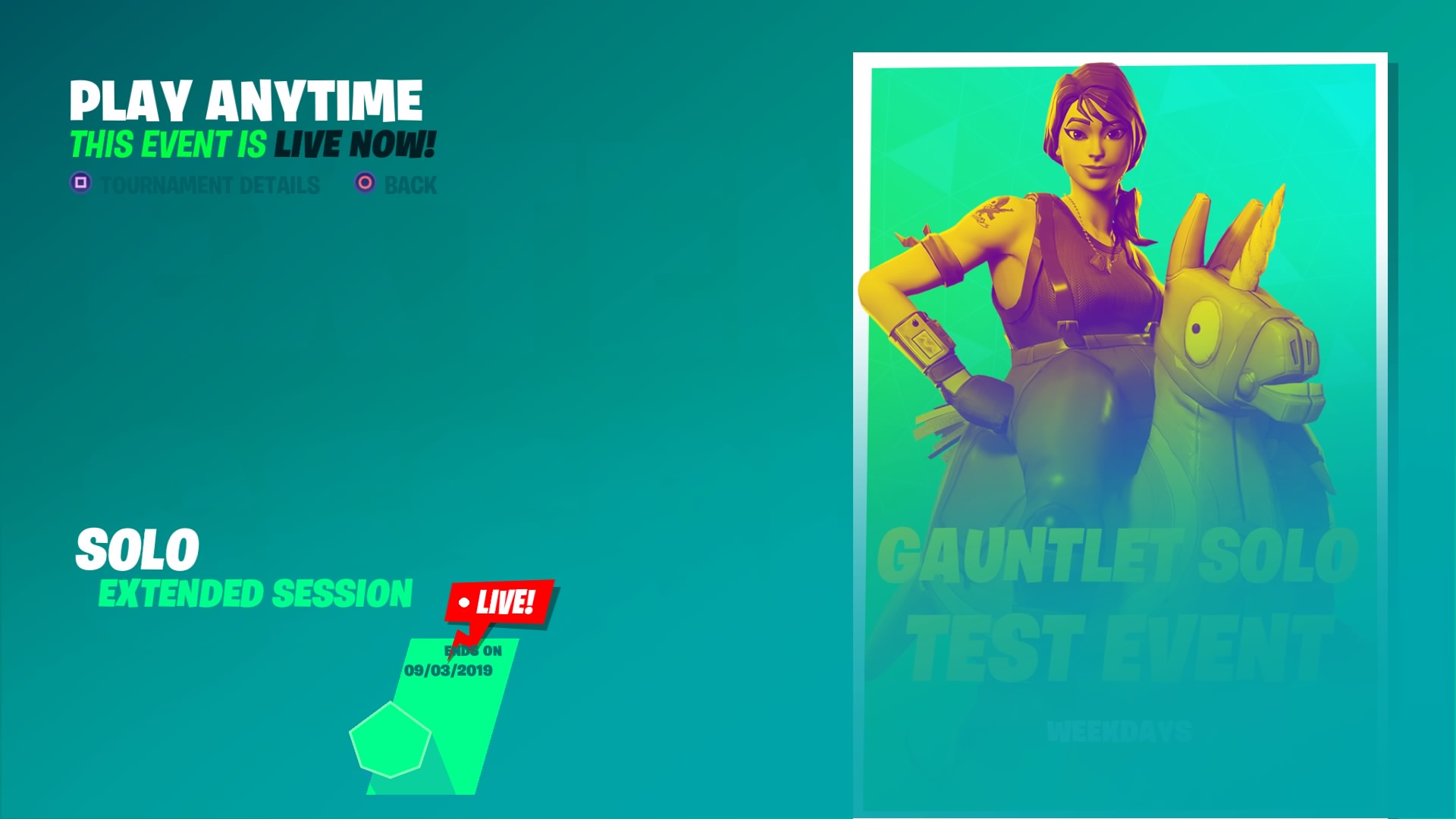 The points that you accumulate for reaching higher places are cumulative, so for example, if you finish in 3rd place, you get 7 points - 3 for hitting the top 25, 2 more for the top 10, then a final 2 for reaching the top 5.

If you score the Victory Royale that’s a total of 10 points added to your tally.

This scoring system rewards a careful balance between an aggressive play-style where you can rack up lots of points for more eliminations, and staying alive for the majority of the game.

Do you force the situation and push for risky eliminations, or hide in a bush until the last three for guaranteed points? This is what really separates out the best-of-the-best.

As we said earlier, you have until March 16 to place in the top 5% of players if you want to move on to the finals.

The cup will be held over March 16 and 17, with round one for all players who are eligible and round two for the top 3000 players from the previous round.

More details will be revealed this week, so check back here for more information.

Another thing you might have noticed looking at or playing games in the event is “Bus Fare”.

This is a tax that gets deducted from your final score to reward players for skilful gameplay. The Bus Fare makes it so you can’t just jump into game after game, score a quick-and-dirty elimination right at the start, get killed straight away, and keep racking up points like that. 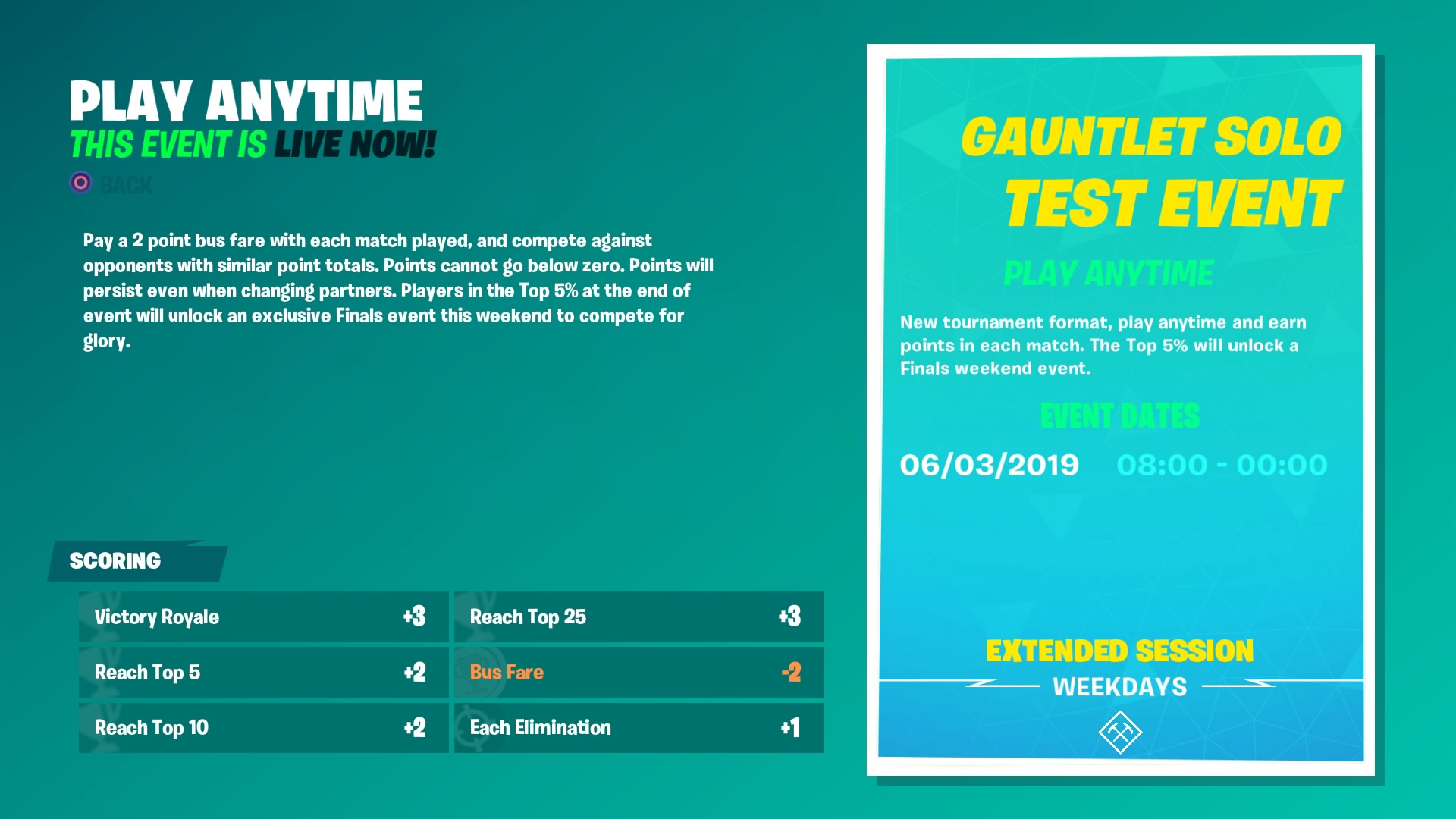 Your score can’t go below zero though, so for example, if you drop in and get one elimination, then get killed with more than 25 players left, you’ll get 0 points, not -1.

Good luck in the tournament, you’ll need it to reach the finals!

For all the rest of the new additions to Fortnite this week, check out the patch notes.

Plus the Season 8 Week 2 challenges are going live soon, and we’ve got guides up already, including how to visit the furthest north, south, east, and west points of the island.