Epic Games has confirmed it will not sell Fortnite for Android through the Google Play Store.

Earlier this week a leak from xda-developers stated Fortnite would not be made available for Android devices through Google Play. Company CEO Tim Sweeney confirmed this was indeed the case yesterday, August 3.

Sweeney told The Verge there are two reasons Epic decided to offer the game through its website instead of the Play Store. For one, it wants to maintain a direct relationship with consumers. Secondly, it isn't too keen on having to pay 30% of the profits made from each in-game purchase.

“Epic wants to have a direct relationship with our customers on all platforms where that’s possible,” Sweeney told The Verge.

“The great thing about the Internet and the digital revolution is that this is possible, now that physical storefronts and middlemen distributors are no longer required.”

He went on to say the Android version will initially release worldwide in all regions except for China. Epic is currently working on a delivery method for Chinese customers. Even the iOS version isn't available in China currently.

Sweeny said Google Play doesn’t operate in the country, so it is exploring other options. One possible route is to partner with a third-party such as Tencent or the Xiaomi Store.

A release date for Fortnite on Android hasn't been announced but it's expected sometime this summer.

Fortnite for Android could be downloaded from your browser and bypass the Google Play storefront entirely.

Fortnite is doing incredibly well on iOS, so naturally one would expect it to be a massive success on the open Android platform. While that's certainly likely, data leaked from the game's mobile page suggests Epic Games might just bypass Google Play as it enters the platform.

This leak comes from xda-developers (thanks Eurogamer), who found lines in the website's source text that include download instructions. There are also images that reference security permissions, which are "necessary to install any app outside of the Play Store". 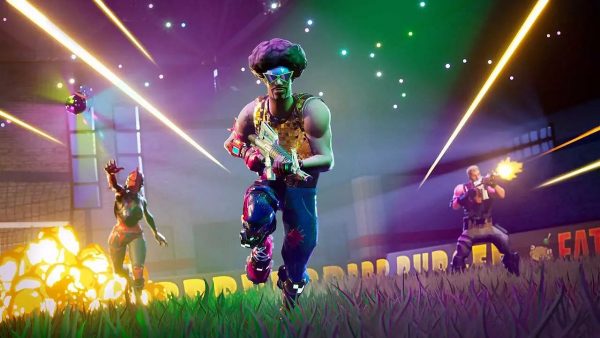 Unlike iOS, Android is an open platform, so customers can download and run apps from any source. But there's a definite benefit to avoiding Google Play: Epic would need to turn over 30% of Android revenue. When we're discussing Fortnite revenue, that's not a tiny amount.

Of course, Epic might have changed its mind and forgotten to take the promotional material down. We'll find out when Fortnite launches for Android later this year.