A lot of classic games are now at your fingertips. Here's five of Bethesda's best.

This article is a text-based version of a video feature - which you can watch instead in the embed above.

In the old days, it’d take a while for us to see the fruits of a big company acquisition to take place. Back when Microsoft purchased Rare in 2002, it’d be a good year before the developer released its first Xbox game, and several years before it felt truly bedded-in to Microsoft’s machines. In 2021 things are a little different, however - and fans can feel the difference of an acquisition pretty much immediately - and there’s not been an acquisition as earth-shaking as the purchase of Bethesda.

That’s largely thanks to Xbox Game Pass, the subscription service that gives players access to a wide range of titles across Xbox, PC and cloud gaming for a monthly fee. As a simple way of trying out a huge number of games at a cheap cost, it’s unrivalled - and now it’s a key part of the Xbox business and value to Xbox players.

As soon as the purchase concluded, it was confirmed that 20 of Bethesda’s most popular titles were entering Xbox Game Pass immediately. This content drop doesn’t cover every Bethesda game released, of course, but still includes entries from franchises like Dishonored, DOOM. Elder Scrolls, Fallout and Wolfenstein. It’s a great bonus for Game Pass subscribers.

There's a lot of big-hitters in this list of 20 titles, and you might not know where to start. But don’t worry - we at VG247 have got you covered with our picks of the five Bethesda Game Pass titles to check out first. In no particular order… 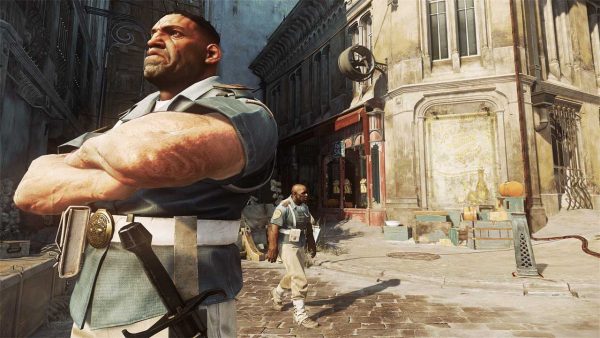 As we said on VG247 back in 2019, Dishonored 2 is so good that it sticks with you. Three years after playing it, it's easy to catch yourself still hearing the ambient sounds, the screech of alarms, and the chatter of idle guards in the back of your mind.

Most games are too busy making you look at how much money they've spent - the camera twists to look at some expensive set piece or another. But Dishonored, as with all of Arkane's games, don't really care if you miss stuff. Everything there is built for ambience, and that mood sinks into your brain and makes this more than just an open-ended stealth action game. It stays with you, and it could easily end up being the most memorable game you'll ever play as part of your game pass subscription. 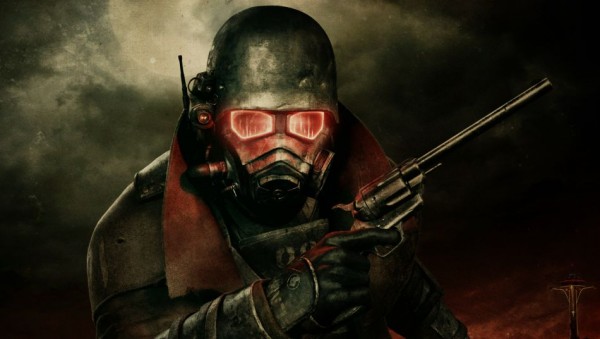 The quality and consistency of the quests is what makes the Mojave Wasteland so memorable, where you’re just as likely to weed out a vault-full of plant monsters, become chief engineer on a moon mission, as test your luck with a spin of the roulette wheel. Then there’s the main quests, multi-layered with diverging paths towards multiple endings, where you can choose to side with any number of competing factions, including the militarised government, Las Vegas mobsters, or new Roman empire - or betray them all and scoop the loot for yourself.

It’s a brilliant game, though sadly it is only available on Game Pass for console right now - it’s not included on PC or Cloud yet. But on console, it’s an absolute must-play. And remember: whichever path you choose, the house always wins. 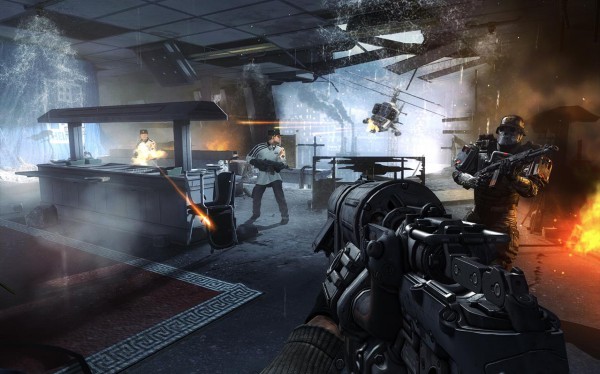 Machine Games has created something sinister, hard-hitting and most importantly, fun. In Wolfenstein: The New Order you once again take on the role of William “BJ” Blazkowicz with one objective that we can all get behind - blast, slice and main your way through nazis - and look good doing it.

It’s an old-school shooter, but don’t let those trappings fool you - there’s more to it than you might think, with a deep story and a tactical edge to combat. But, really, this is on this list for one reason only: there’s a whole lot of things you can do with an arsenal of weapons and an army of nazis to dispose of... 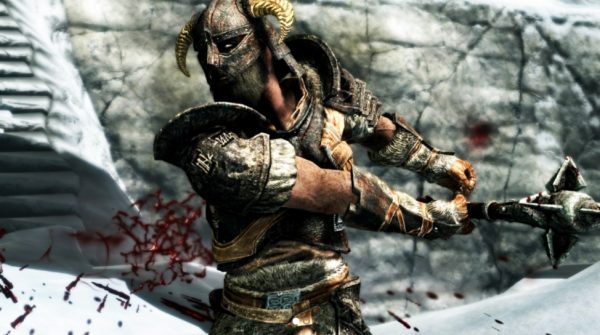 Few games have the longevity of Skyrim. First released 2011, the game is still going strong - and as we know, it’s available on practically every platform you can think of. On Xbox Game Pass you're getting the Special Edition that was released on Xbox One, PS4 and PC a couple of years ago. The Special Edition gives the game a graphical boost, bundles in all of the various DLC add-ons, and even added support for mods on console.

That last bit is the most interesting part, as it's fair to say that there are a lot of mods for Skyrim - so you can tweak the game to be quite different to how Bethesda created it. Even if you don’t engage with that, however, what you’re getting here is one of the most beloved RPGs of recent times, a game you can pour a hundred hours into, as part of the subscription. Skyrim wasn't the slickest of games on its release, and these days it can come across as a bit janky, but there's so much to experience here you just have to forgive its shortcomings. Play it now, ten years after its release, and be thankful you're not having to live through all the "arrow to the knee" memes. 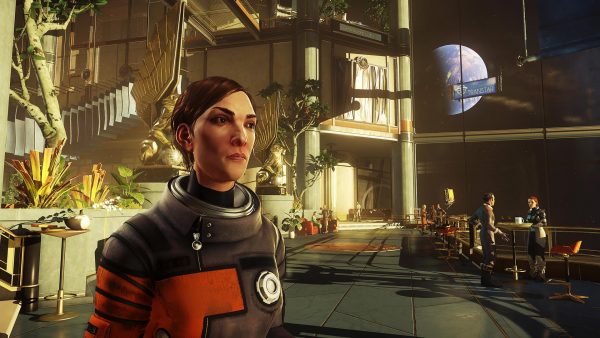 You could say that Prey is one of the Bethesda underdogs. It is quite often dismissed as the game Arkane made after Dishonored 2, which itself was critically acclaimed but a bit of a sales sleeper compared to Elder Scrolls and the like - but this sci-fi horror is not something to sleep on.

Prey is all about atmosphere. The setting of the Talos One spaceship is thick with it - and also filled to the brim with a bunch of different aliens to keep you on your toes, scare the living shit out of you, and give you plenty of reasons to try out the game's arsenal of unique weapons and powers. With a mind-bending story and an open-ended approach to any challenges you face, this is the perfect game to get lost in. Just be careful - that tea cup might actually try to tear your face off. 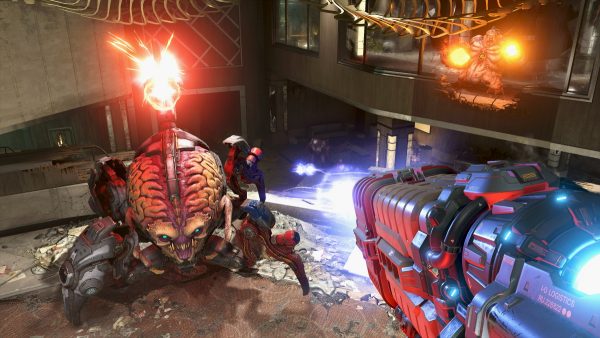 There are so many Doom games on Game Pass that we struggled to settle on one and split the vote but as a bonus addition to this list we've gone with the most crowd-pleasing of the bunch. Let the bullets rain on the demonic hell spawn in id Software's Doom Eternal. it's the pinnacle of combat flow. Playing it feels like you're on a jungle gym with an arsenal of weapons to hand. Swing, grapple, launch grenades, swap weapon, realise you've got no ammo, swap weapon again then stomp faces all before you've touched the floor. Sometimes you just need to relax and slay some demons. In truth all the Doom games on Game Pass are worth a look, but Eternal is the flashiest and slickest of the bunch.

There you have it, our top five Bethesda games on Xbox Game Pass. Leave us a comment on what you think and let us know what your favorite Bethesda game is.