Most reviews for The Legend of Zelda: Breath of the Wild won't go live until March 2, but two have already raised expectations to maximum. 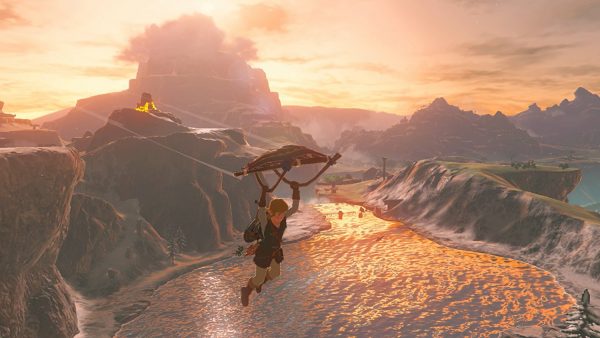 Both Edge magazine and respected Japanese games mag Famitsu have given perfect scores to Switch launch title The Legend of Zelda: Breath of the Wild.

Famitsu scores games out of ten from four reviewers, with all critics for the mag giving it 10/10, according to Neogaf.

In the upcoming issue of Edge magazine, it notes both Wii U and Switch versions for The Legend of Zelda: Breath of the Wild were played. We're going to assume for now the 10/10 score given is for both versions combined.

According to the post on NeoGAF which contains information pulled from the review (thanks, Nintendo Everything), the game is dense - something we've heard before - and an "absolute, and unremitting pleasure to get lost in."

The review goes on to discuss Shrines, monsters, combat and the like, but we don't want to spoil those bits for you. If you want to know the spoilers for yourself, hit up this link on NeoGAF. Mind, there aren't major spoilers in the comments, but if you want to remain pure, skip it.

Looking for more hands-on impressions of Breath of the Wild?

Two things I will post from the Edge review: the length of the game and information on the frame rate for Wii U.

Frame rate in the Wii U version can be a bit "uneven" at times, dropping into the teens; however, this is only during "very busy sequences" such as heavy weather effects and "rarely when it matters."

Digital Foundry noted back in January the Switch version of the game can also take dips to FPS during heavy post-processing effect situations, but pretty much maintains a solid 30fps.

When docked and played on a big screen, The Legend of Zelda: Breath of the Wild on Switch runs in 900p, and when in portable mode, 720p. The Wii U version also runs in 720p at 30fps on the big screen.

In short, when playing on Wii U, expect some frame rate drops during heavy weather effects, and a ever so slight drop on Switch. But again - not when it matters.

If you want a look at the differences between the two versions of the game, you can watch a comparison video we posted from Arekkz here. All signs point to it looking and running better on Switch, though.

When reviews for the game go live, we will post a round up for you. Be on the lookout for it when the embargo lifts on March 2.

The Legend of Zelda: Breath of the Wild will release on Wii U and Switch March 3.