This month’s issue of EDGE has provided the first review score for Super Mario Odyssey.

What's the score for Super Mario Odyssey? You read the headline. It's a big ole 10/10.

We've played a bit of it ourselves, and found what we were able to play of Super Mario Odyssey was rather enjoyable.

According to EDGE, this month's issue was delayed in order to adhere to an "exclusive embargo.” The issue will be released to subscribers tomorrow. 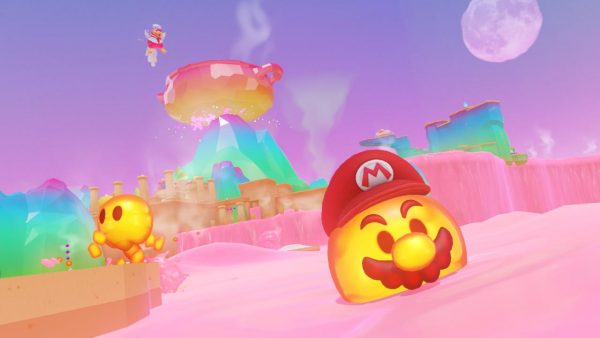 It seems the issue featuring the Super Mario Odyssey score has already landed on retail shelves though, according to Nintendo Everything.

Since EDGE had an exclusive on the review, don't expect more to pop up for a few weeks at least. Once the review embargo is up, we'll give you the usual round-up.

At that point, we'll know more about how Cappy, Mario's new pal, helps Mario by allowing him to take control of enemies. This hat also transforms our favorite plumber  into other interesting things which help the duo as they adventure through the world.

A new Super Mario Odyssey video released last week provided an overview of gameplay, along with a look at the Odyssey ship which Mario uses to travel between the various kingdoms. It's a rather great video. actually.

Super Mario Odyssey will be released on Switch October 27.