This image was released via the game's Twitter account, but there's a gallery with a few more and some nice concept art on Kotaku.

Akaneiro, a free-to-play action RPG (think Diablo) for PC, web and tablets, uses the Red Riding Hood tale as its base but in a Japanese folklore setting. It follows a group of Akane, a kind of demon hunter, as they attempt to clear out yokai from an abandoned village. The game apparently also deals with themes of colonisation and cultural clash, as Japan's mainland culture meets the indiegenous Ainu of Hokkaido, and the west imposes contact on a closed-borders Japan.

Spicy Horse is respnsible for Alice: Madness Returns and Big Head Bash, and has an upcoming game Crazy Fairies. 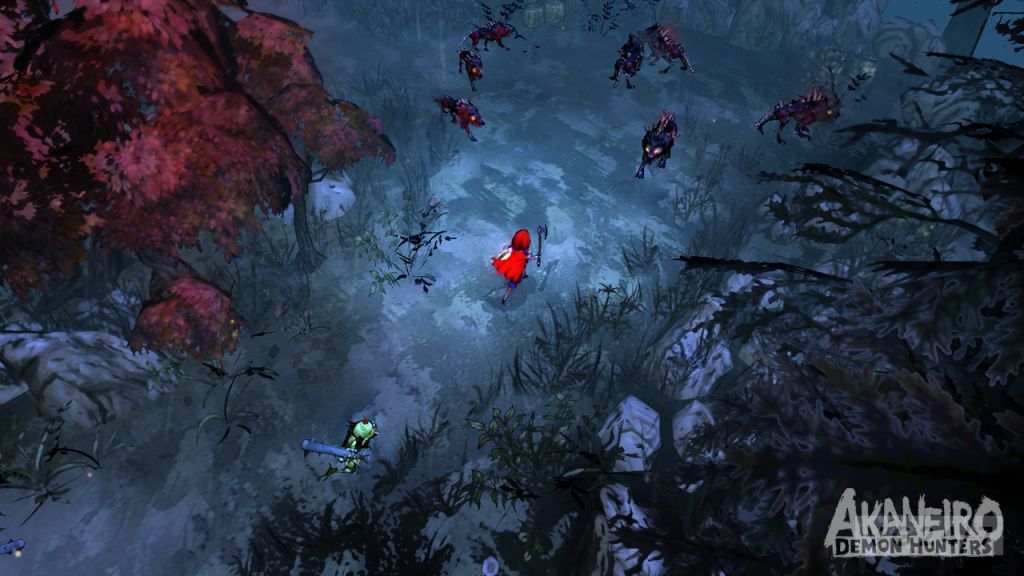