The first of many Battlefield 1 livestreams will be broadcast today.

It all starts at 1pm PT/4pm ET/9pm UK today, and each daily stream from now until release will last around two hours.

According to DICE, every map will be on display along with each mode. The latter includes Operations and War Pigeons, all played by the Battlefield community team along with special YouTube and Twitch guests.

The stream schedule and contents for each are posted below. 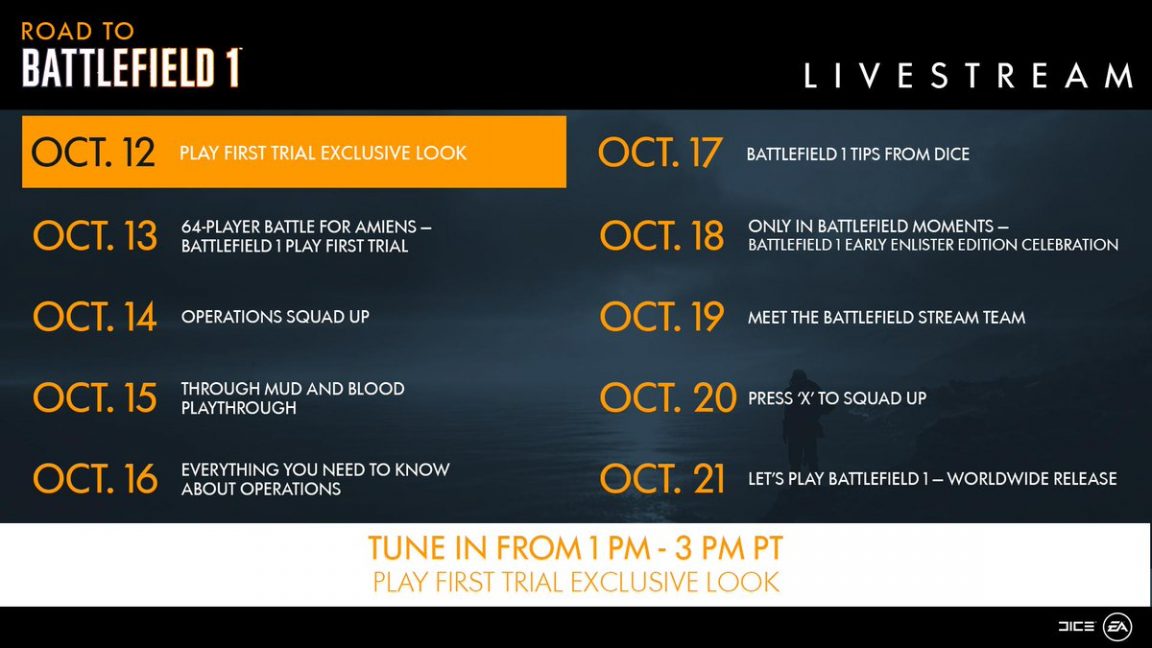 Today, Origin Access members on PC can pre-load the Battlefield 1 ten hour trial, and those who are members of EA Access on Xbox One will also be able to jump in when the Play First Trial hits tomorrow, October 13.