As we gear up for another round of World Cup Open qualifiers this weekend, there’s another Fortbyte to go and find. Today it’s Fortbyte number 70 - Accessible by skydiving through rings above Lazy Lagoon with the Vibrant Contrails equipped.

We’re well on the way to the 90 Fortbytes that will unlock the Utopia skin near the end of the season, as the mosaic slowly reveals itself piece by piece.

The Fortbyte challenges have been fun diversions in this season of Fortnite, often requiring specific items or skins to be used or secret locations to be found.

This time, however, you have to do a bit of both!

Your instruction is: Accessible by skydiving through rings above Lazy Lagoon with the Vibrant Contrails equipped

First: go into your locker and equip the "Vibrant" Contrails. It's the one that you unlock for reaching level 26 on the Battle Pass.

Then jump into a game. Above the centre of Lazy Lagoon, you'll be able to see a pink ring in the air. 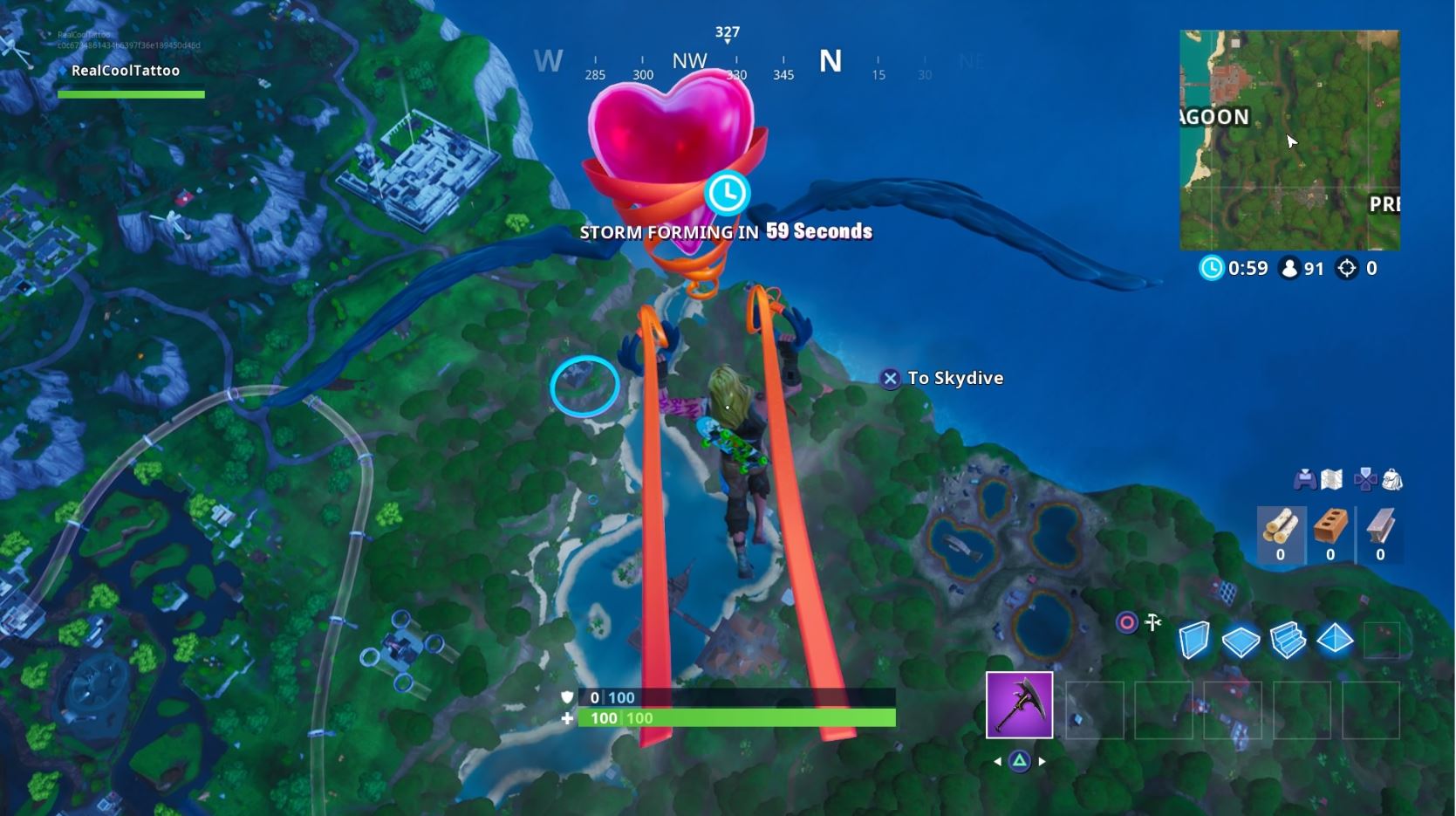 You'll need to be pretty high in the air to do this, so make sure the bus is passing Lazy Lagoon before you try too hard to attempt this Fortbyte.

Once you've skydived through one ring, another will appear, and after you've done about 5, Fortbyte 70 will appear in the final ring for you to collect. 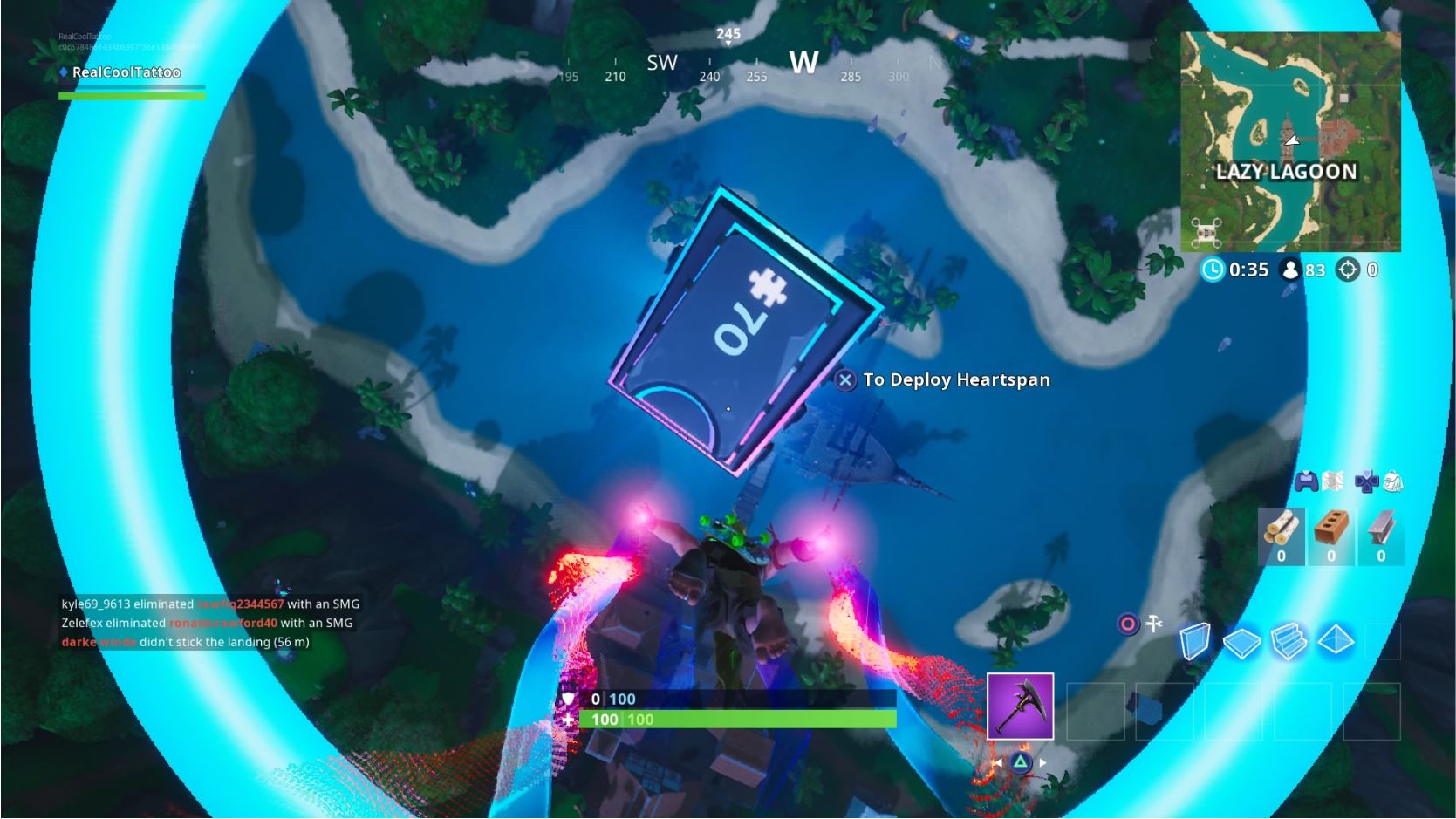 If you do intend on playing Arena or in the World Cup Open this weekend, you won’t be able to use the new Storm Flip - it was temporarily banned following criticism of its late game power level.

And if you need any help with the rest of this week’s challenges - or any from this season for that matter - check out the list below: