Here’s a spoiler guide for one of the optional quests in Final Fantasy 7 Remake: Lost Friends.

When you find yourself in Sector 7, there’s a section where you’re free to take on a bunch of sidequests before you head to the bar. One of them is Lost Friends, a quest about tracking down a kid’s, you guess it, lost friends.

To trigger it you need to speak to Betty in the park of the Sector 7 slums. She will reveal that her lost friends are actually cats. You need to track down three of them.

The first cat is located to the East of the Residential Area, on the street. It’s at the crossroad just before the road to the train station.

Interact with it and it’ll run away. Now you have two to go. Here’s a screenshot of the location on the map: 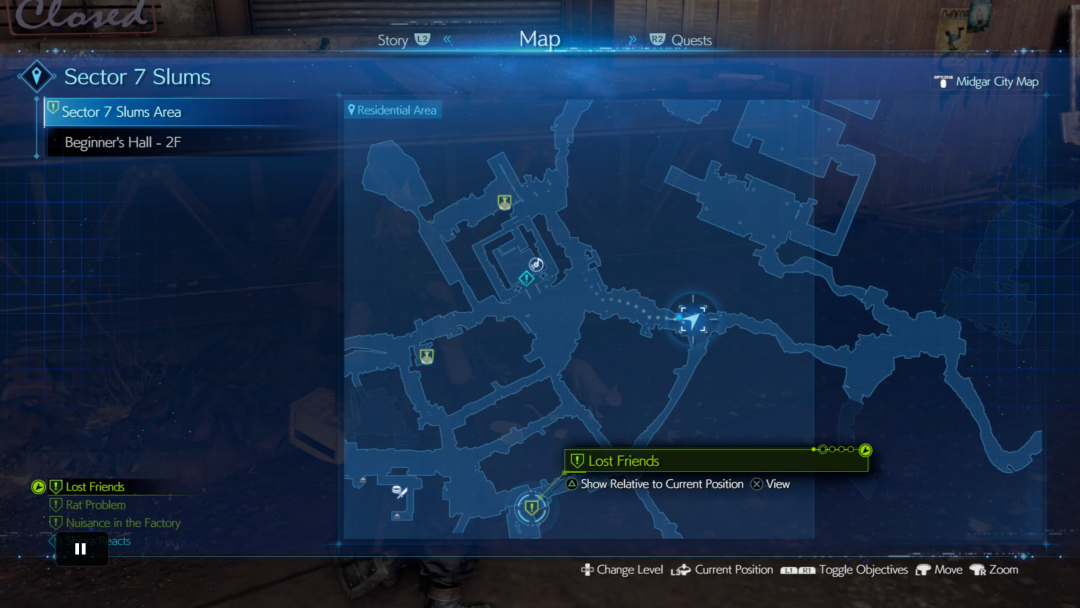 The next cat can be found right by the entrance to Tifa’s bar, Seventh Heaven. If you forgot where that is, here’s a map location: 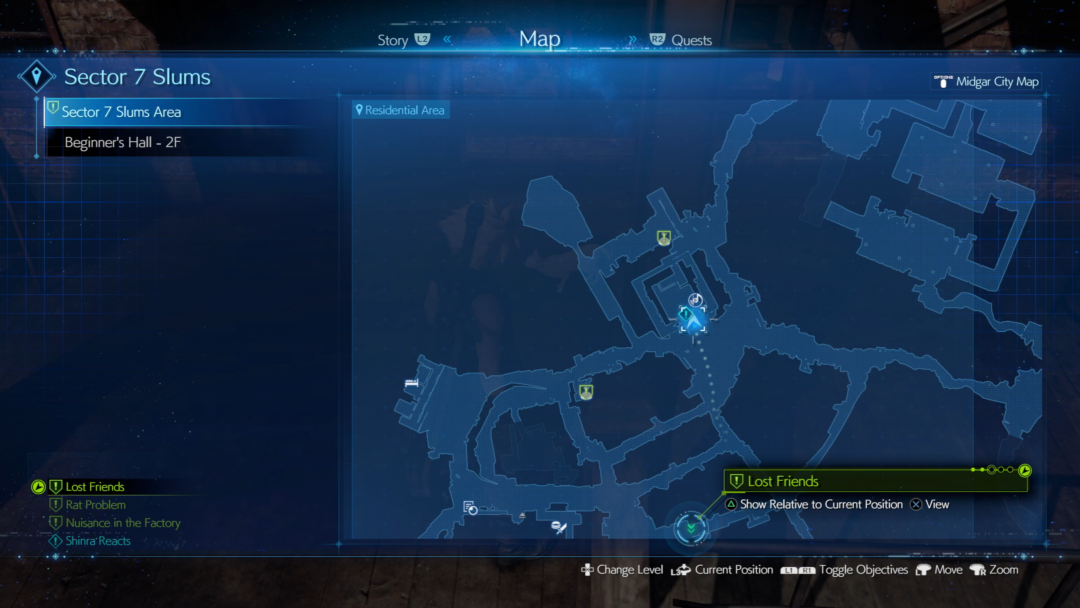 The final cat can be found just east of your room. There’s an undercity resident that you can talk to here: 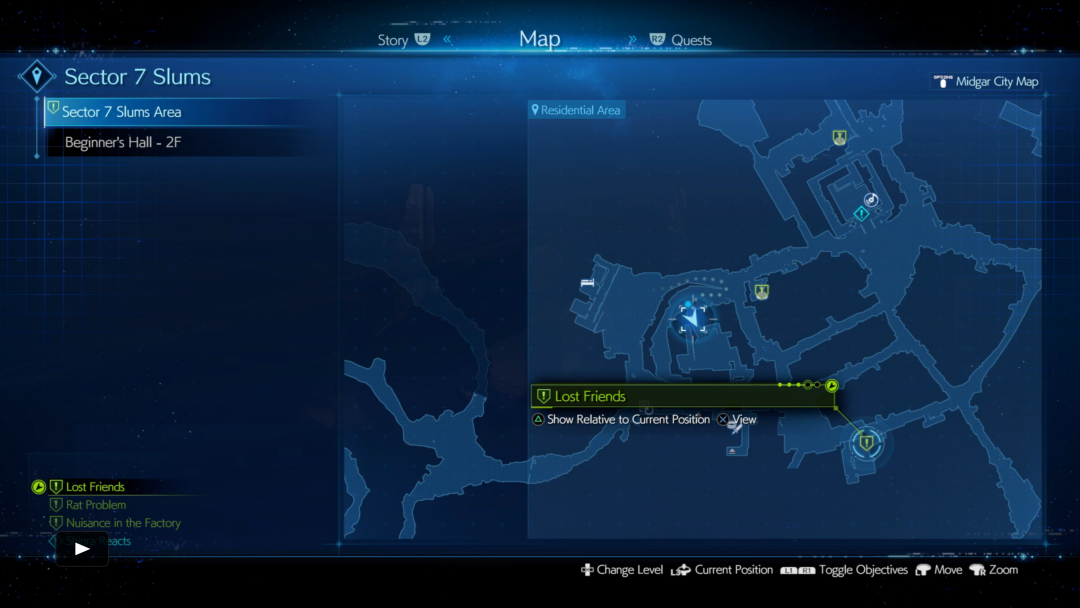 Once you’ve spoken to them, you just head under the crawlspace and confront the cat.

Once you’re done, return to Betty. You’ll get a Maiden’s Kiss for your trouble, which can undo one of the game’s most annoying status effects.