Final Fantasy 15 director Hajime Tabata has said his team has four Episodes planned for the game. Last year, he said there would be three, which means an extra one has been added to the mix.

Last year during an Active Time Report in September, Tabata said three Episodes would be released throughout 2018. Since the plans has been changed to four, not all may see a release this year.

In an interview with 4Gamer (thanks, Gematsu), Tabata said the Final Fantasy 15 survey Square Enix put out in May last year revealed an "average player satisfaction rate" of 62.4%. This was for the game scenario as a whole.

Because of this Tabata thought it necessary to "ensure a suitable development period" for the additional content - without being concerned over it all arriving in 2018. Expect some to spill over in to 2019, as indicated earlier.

Players can expect the upcoming content to complete the Final Fantasy 15 Universe.

In another interview with Famitsu, Tabata said other content separate from the current Episode options are in consideration. This is because he feels current players aren't interesting in the team filling "in the gaps of the main story anymore."

The next episode in the works is Final Fantasy 15: Episode Ardyn, which was announced in November of last year. An episode starring the main antagonist was one of the most requested by players who participated in last year's survey.

Tabata said an Episode focusing on Luna was was a possibility, something he mentioned in the Active Time Report back in the fall. 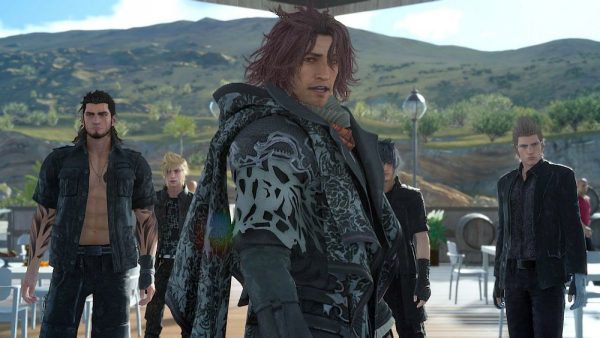 Sounds like great news for Final Fantasy 15 players who want to continue the adventure. This is also good news for those planning to purchase Final Fantasy 15: Windows Edition, when it releases along side the Royal Edition on March 6. A demo will release for the Windows version on February 26.

The PC version contains everything in the season pass and the extra content from the Royal Edition, so additional content into 2019 will be an added plus.

Add to this the fact Final Fantasy 15 will support mods through Steam Workshop. A mod creation tool will arrive post-release, and there are plans to allow users to create maps, quests, and gameplay scenarios