Final Fantasy 15 has received a batch of character biographies as well as some new artwork showing Noctis and pals looking tough and/or moody. Check out who's who right here.

You may remember a batch of Google-translated character bios that surfaced for Final Fantasy 15 last week? Well, these are the official English translations. Enjoy:

We've also got a shot of the group here: 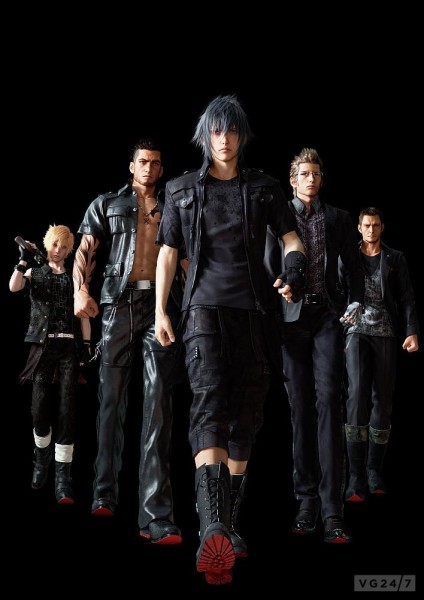 Final Fantasy 15 is heading to PS4 and Xbox One.