Where Final Fantasy 15 is going, it won't need roads. 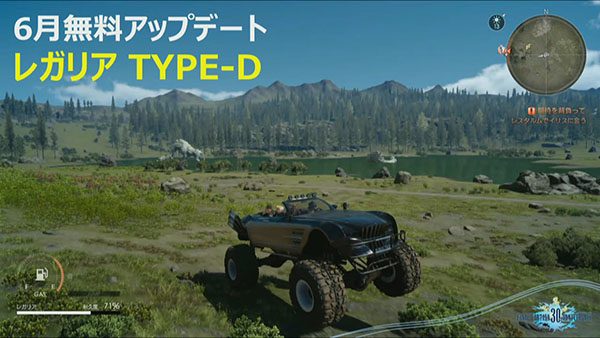 Final Fantasy 15 is already proving to be an interesting post-launch update experiment, on top of its currently planned DLC. June's update should prove no exception - not only will players get a brand new DLC chapter, but the ability to take the Regalia off-road. Finally.

As reported by Games Talk (and translated by Gematsu), Square Enix's June update will introduce the Regalia Type-D. This is a new customization option which transforms your vehicle into a full-blown monster truck, granting players the ability to leave roads behind entirely.

On the story front, June also sees the release of Episode Prompto, complete with a new musical theme designed by Naoshi Mizuta. Finally, the game's June update will be rounded off with "Cup Noodle Star" collaboration equipment.

This is all great, but I suspect the Type-D Regalia will be quickly embraced by the community. Even if you prefer sticking to roads, it'd be nice to drive around any high-level daemons blocking your path at night. No more hiking to a campsite for new players!