Despite the world’s difficulties getting any sort of gang back together, the Final Fantasy 14 dev team has started teasing the contents of its next patch with the latest Live Letter, the first one to be seriously affected by COVID-19.

It happened last week and was livestreamed in Japanese, but today the full English translation was released, giving us some official details and clues as to what’s happening next patch. Here’s the details.

The elephant in the room was the impact of COVID-19 on this patch’s release. The short answer is the patch “will be delayed by at least a month” from its intended release in June. FFXIV’s patch 5.3 will be released at the earliest in July, but even the developer wasn’t confident enough to give a new expected release date, and it could be even later.

We do have a name, though. Reflections in Crystal will be the title of the new patch, and we have confirmation that “the Shadowbringers storyline enters its conclusion” with its story. A new dungeon has been confirmed for this patch’s storyline, with a new trial (and extreme) this patch likely also tying in. This means we’re likely seeing the end to the Crystal Exarch’s story, the First, and perhaps a final goodbye to Emet-Selch if the teaser image is anything to go by. 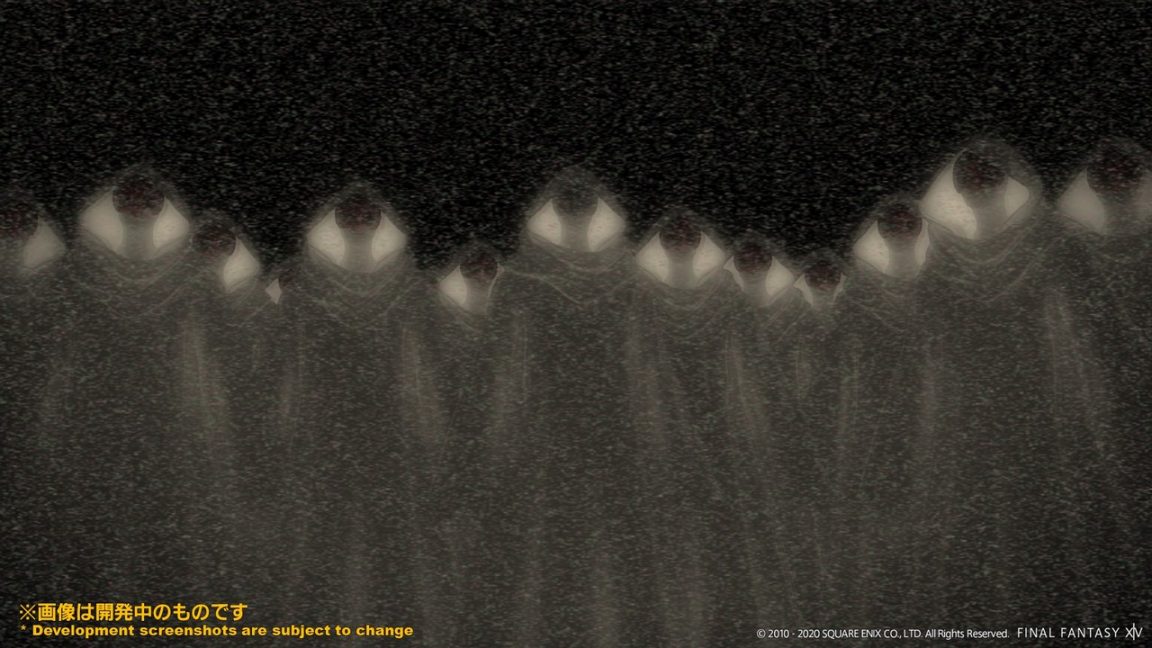 Perhaps even more exciting for many is that this patch brings many of the A Realm Reborn changes fans have been asking for. Seven years old now, you’re still required to complete A Realm Reborn to move on to the expansions (unlike something like World of Warcraft, where you’re rushed along and caught up with everyone else at the start of expansions). So the development team have reworked it.

Thirteen percent of all A Realm Reborn quests have been removed. Many quests’ meaningless steps of chatting to a random NPC for two lines of dialogue are gone. A Realm Reborn’s patch quests, a set of stories that range from world-shattering to utterly tedious, have been cut in places. The experience gain has been adjusted such that players won’t need to complete a single side quest (unless you’re really, really into 7-year-old MMORPG dialogue, for some inexplicable reason). Players can now fly in A Realm Reborn zones, too, making navigating those zones less of a chore. 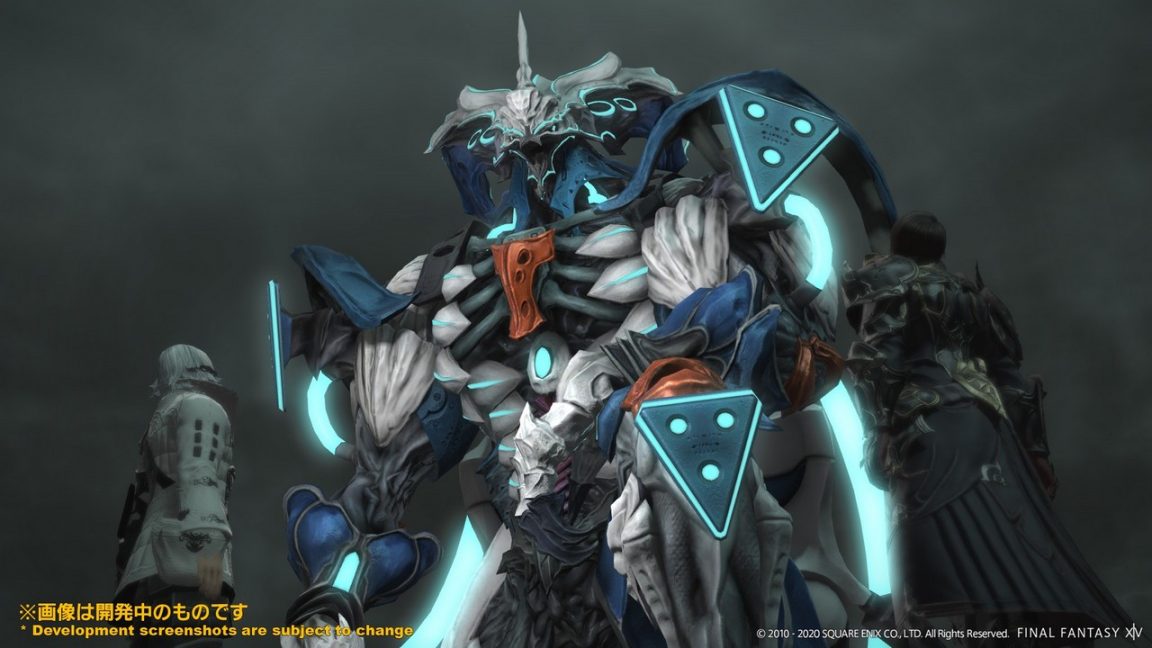 Outside the main storyline and ARR updates, there’s new Sorrow of Werlyt (that’s the Ruby Weapon series, for those playing purely for the FF7 references) quests too, although no trial this time, just a solo combat encounter. Perhaps most interesting to those looking for references, though, is the Puppet’s Bunker, the new 24-person Alliance Raid, continuing the NieR: Automata crossover series of quests. As a quick recap, 9S from NieR: Automata is on FFXIV’s alternate world The First for unknown reasons, creating lots of dead 2Bs, controlling the machines and generally being evil. Now, it seems he’s recreating the bunker from NieR: Automata, a perfectly normal endeavour. 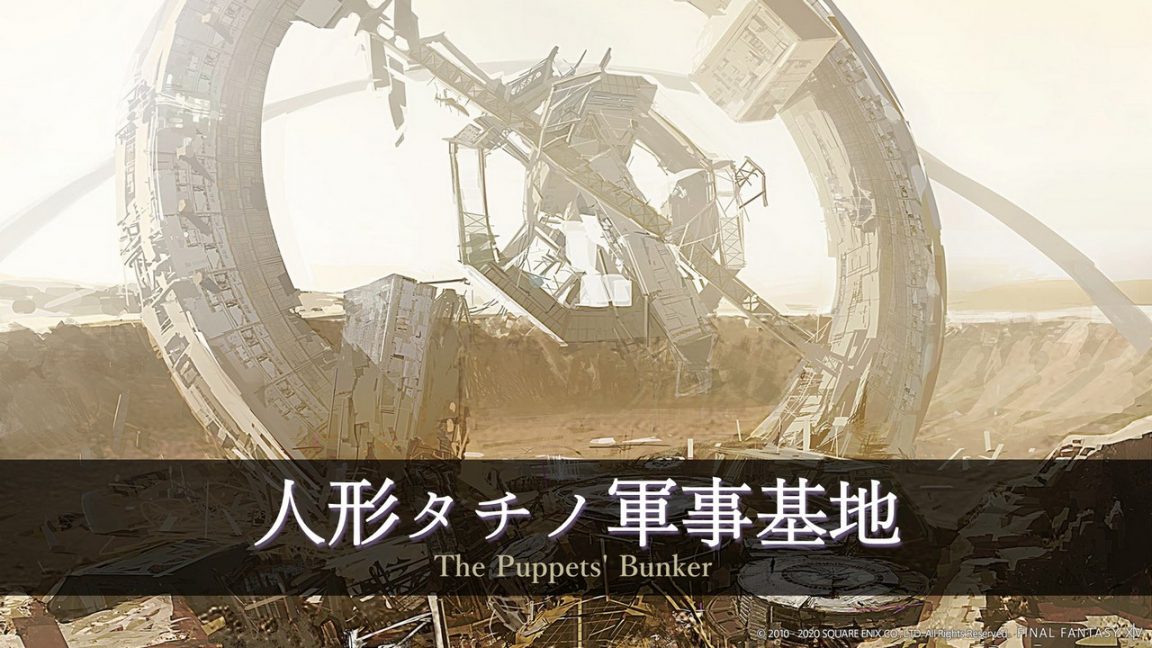 There’s new upgradable weapon content, the Bozjan Southern Front (Shadowbringers’ equivalent to The Forbidden Land from the Eureka series), a ‘large-scale’ (100-odd players) instance that will help you upgrade the Resistance Weapons from patch 5.2, although it’s entirely optional, and there’s another method to upgrading them that they’ve not spoken about yet.

And finally, there’s a whole new kind of Trial available. This is the first time this expansion that a new difficulty tier has been introduced, and it’s called an Unreal Trial, a fight where primals from A Realm Reborn are scaled up to level 80 and re-balanced. This patch it’ll be Shiva, but that’s all we know: the teaser image features Khloe Aliapoh in the background, so it’ll likely be done through her, which is supported by the fact completing this trial gives access to a minigame called Faux Hollows, which, you guessed it, there are no details on. 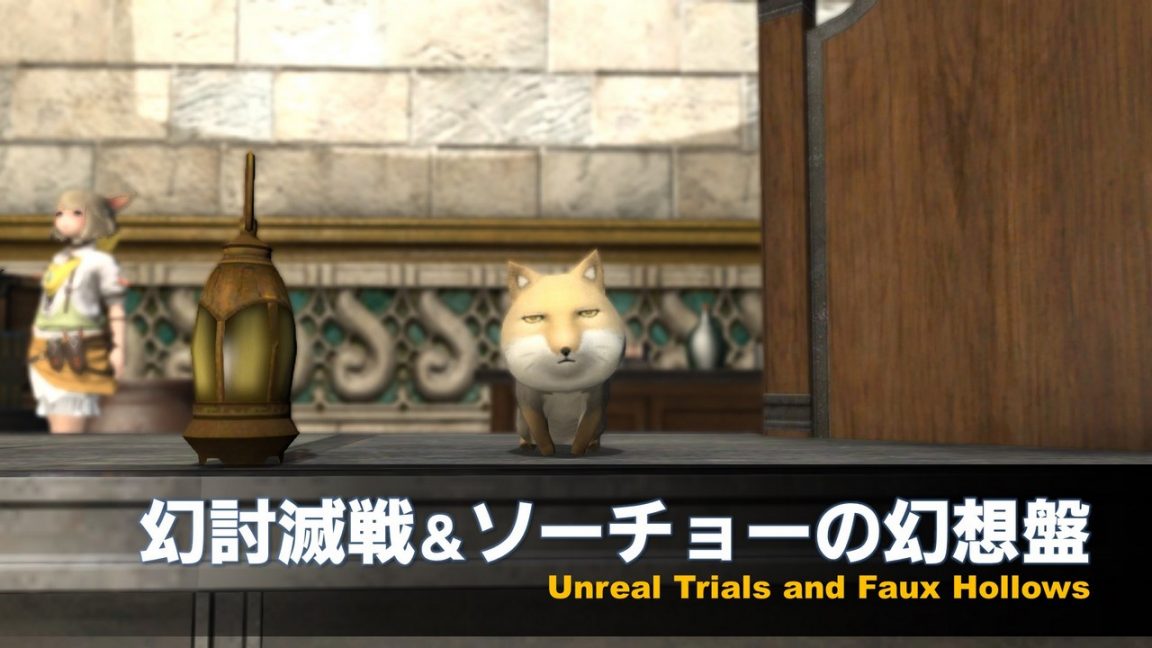 There’s also new quality of life changes for crafters in the form of Trial Synthesis (which allows for testing a crafting recipe without using materials), plus new Ishgardian Restoration objectives for crafters to sink their teeth into. A new Tribe, the Dwarves of Shadowbringers, will give crafters new daily quests too. Expect a lot more lali-hos.

Going by previous cycles, expect the next Live Letter in a few weeks to show key art and possibly a trailer, but given ongoing events around the coronavirus we’re in uncharted territory, so maybe just bide your time re-reading these. Of course, given it’s likely the next patch or two might include mention of Black Rose, a deadly airborne weapon that kills those who breathe it in... yeah, maybe wait a month or two, development team.