Final Fantasy 10 & 10-2 HD Remaster have been pushed back to a March release in Europe, developer Square Enix has confirmed.

The confirmation comes from the below trailer, published by the studio today. It follows these 57 combat-heavy Final Fantasy 10 HD Remaster screens.

It's now out on PS3 March 21. Oddly, the subsequent press release sent to us from Square Enix doesn't mention the PS Vita edition.

They also sent us this pack-art infographic: 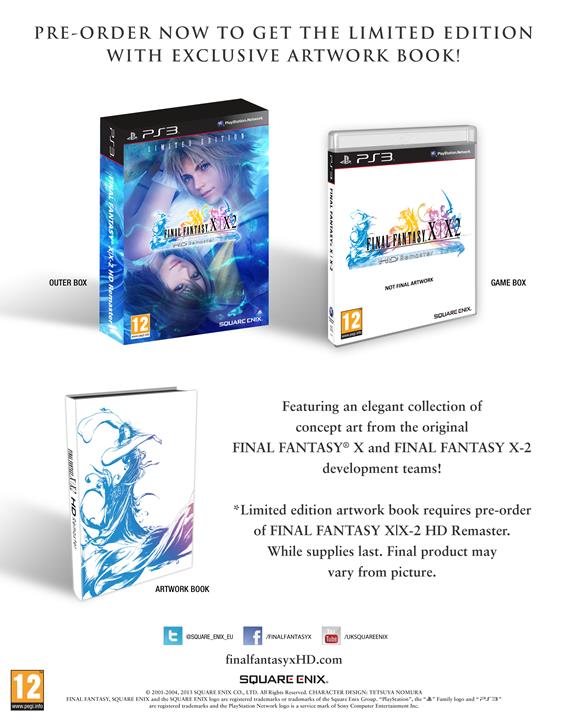